AFAMS’ Plescha: This is An Opportunity and I Refuse to Waste Time

Home » AFAMS’ Plescha: This is An Opportunity and I Refuse to Waste Time 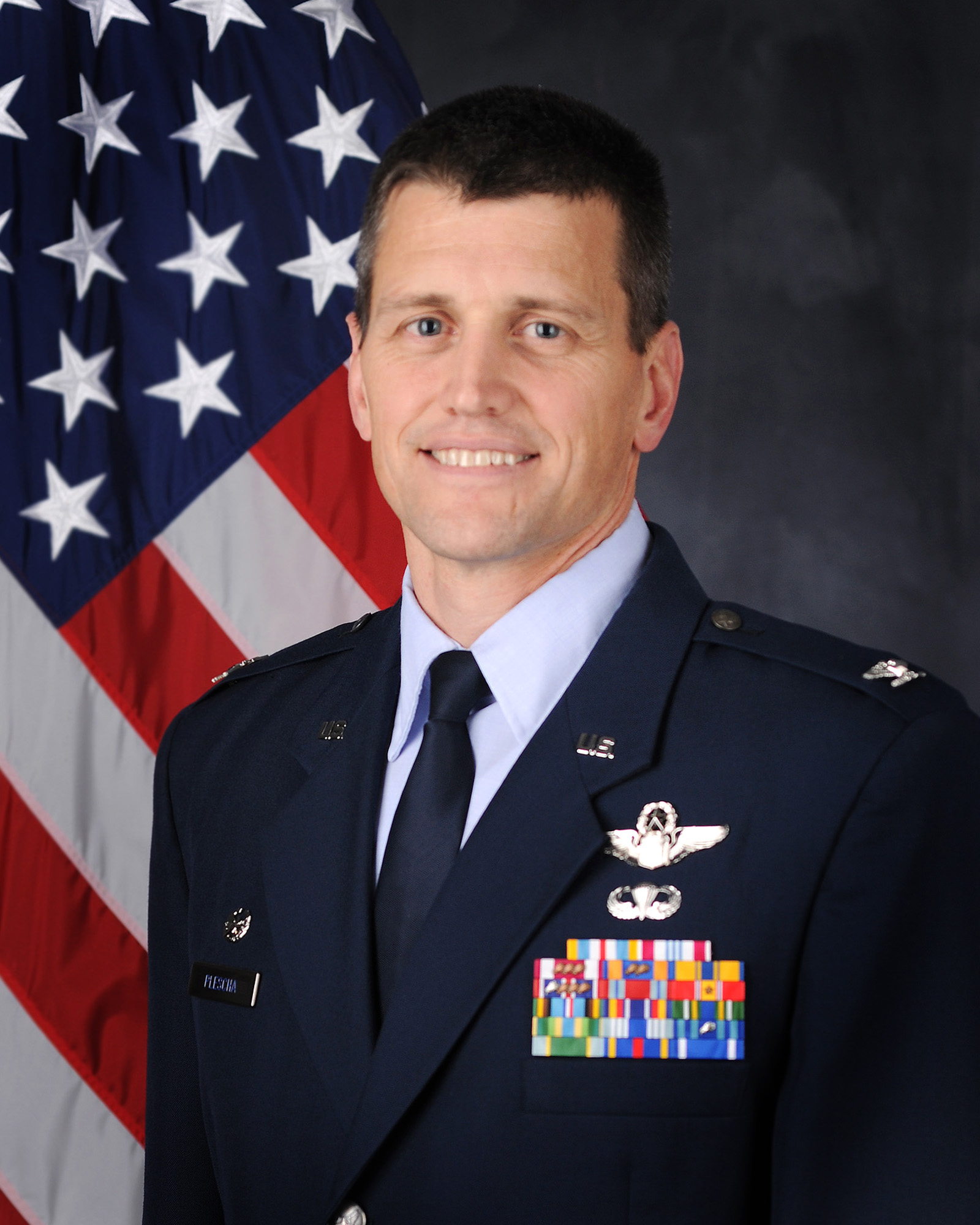 In July, Colonel Franz “Baron” Plescha became the new Commander of the Air Force Agency for Modeling and Simulation (AFAMS). A graduate of the United States Air Force Academy in 1987, Plescha’s most recent assignment, from July 2010 to June 2013, prior to AFAMS, was Commander, Warrior Preparation Center, Einsiedlerhof AS, Germany. It was there that Plescha had the opportunity to familiarize himself with the direct and meaningful impacts of Team Orlando. 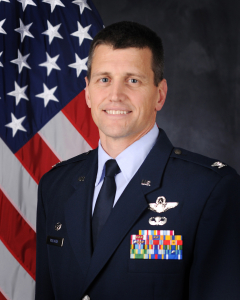 “My last command was really where the rubber meets the road with many of the capabilities that come from the integration that happens here in Orlando,” Plescha said. “Many of the capabilities we used were initiated, enhanced, or developed from efforts here in ‘The Park’. Admittedly each Service has their specific training initiatives; Team Orlando is critical to the joint integration efforts.”

From a very early age, Plescha knew what he wanted to do when he grew up. His father was an Air Force fighter pilot, and it was Plescha’s plan to follow in his footsteps. “I admired my father and could not imagine a cooler job,” Plescha said. “I remember deciding in sixth grade to strive to go to the Air Force Academy and become a fighter pilot. Flying an F-16 for my country is still the best job I have ever had.”

A sign of what his future would hold, Plescha was born in Del Rio, Texas at Laughlin Air Force Base, when his dad was in pilot training. By the time he was 17 and entered the Academy, Plescha had moved 14 times, including spending some of his youth stationed in Germany. He has two brothers, both of whom also graduated from the Academy. All three of them were collegiate athletes, Plescha, a swimmer, and his brothers, lacrosse players. Later, Plescha would return to Laughlin AFB for his own pilot training, and his first assignment, as an instructor pilot. While at Laughlin his new-found love of flying would only be surpassed by a beautiful young Texan, Darlene, his future wife.

As a self-labeled “military brat,” Plescha said that he doesn’t really call any place home. “I feel at home in Texas because I spent the first six years of my career there and my wife is from Texas.” But added, “That’s the great thing about the military; it’s not that you don’t belong anywhere, it’s the fact that you could belong anywhere.”

Plescha now “belongs” to the Orlando community. He, along with his military Service counterparts, are witnessing how modeling and simulation, through the Live Virtual Constructive (LVC) concept is growing. “But really M&S are just tools, what we’re focused on is readiness – for any of the warfighter skill sets,” Pleshca said. “You name it. The military has to be ready when we’re called upon.”

The future Air Force will reach that goal through LVC, Plescha noted. To him, that means they’ll determine how best to integrate Live, Virtual and Constructive together, so that no matter the requirement LVC integration is used to achieve readiness.

“LVC is becoming a common term,” Plescha said. “But what it’s really about is an enhanced training environment. I personally believe the differences between live and simulation will continue to blur. Live or simulation? What’s the difference?”

Plescha added, “What we call simulation today will become so real, it may actually influence our enemies in the future. Just imagine how that could change combat in the future.”

His goal right now at AFAMS is to help ensure the Air Force is postured correctly to make the transition. “We will achieve readiness through LVC and our Air Force leadership understands that,” Plescha said. “We’re working through how we’re going to get there. Equally important in this evolution period is how the services, industry, academia, and our coalition partners jointly collaborate, develop, and integrate potential solution sets across the spectrum of readiness and training requirements.”

Plescha believes as time moves forward, more of this capability will be used in the real world and completely change how we execute in combat. “We have had people flying in simulators against other simulators across the globe. Our next step is to connect them with real airplanes that are airborne. Then we have the ability to also add computer models to enhance a training environment and make an entire scenario seem much busier for a fraction of the resources it would require to train at that level today.”

When Plescha first got into the Modeling and Simulation business and searched for direction, he learned about AFAMS and Team Orlando. “Anybody in this business knows the nucleus of M&S is right here. Right next to UCF, here in Research Park,” said Plescha. “That’s why all the Services are here, and that’s why the Air Force is here, closely associated with Team Orlando.”

“This allows us to be part of a community of organizations – services, industry and academia – working together to accomplish our respective missions with a common goal of improving human performance through live, virtual, constructive environments,” Plescha said. “If we want to be at the tip of the spear where everything is going on, we would be silly to set up shop anywhere else.”

In thinking about his new position at AFAMS, Plescha’s third command, he said that every time he’s done something like this, he’s wanted to make an impact. “I refuse to waste time. This is an opportunity and I’m lucky to have it.”

“From a bigger perspective, the military mission is never going to stop, so no matter which organization I’ve been a part of, I realize the greatest impact comes from the people.” Although Plescha knows the mission is critical, he feels it’s equally important to take care of the people in the organization.

“If I leave this organization and the people don’t feel like they were taken care of or they didn’t enjoy coming to work, then I think I failed,” said Plescha. “It is important for people to be proud of their organization and to see the impact they make. I simply ask them to come to work with a great attitude and accept the responsibility we have to our Air Force. The rest just feeds on itself.”