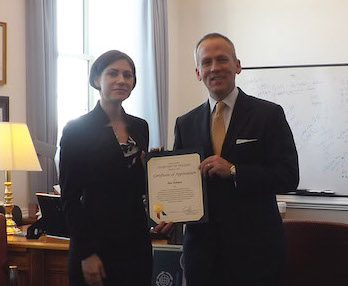 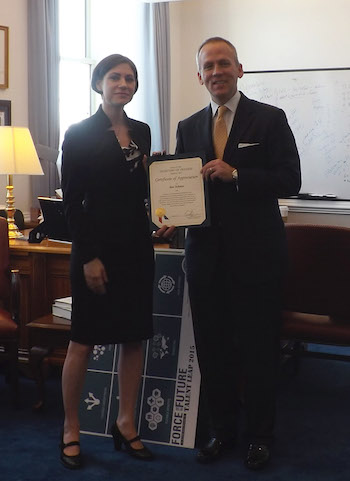 ADL’s Dr. Sae Schatz is recognized by Acting Under Secretary of Defense for Personnel and Readiness, Brad R. Carson.

Congratulations to Advanced Distributed Learning (ADL) Initiative’s Director, Dr. Sae Schatz, who was named as September Employee of the Month by Acting Under Secretary of Defense for Personnel and Readiness, Brad R. Carson.

Schatz was recognized for her work on the design and development of multiple products in support of the Force of the Future Initiatives that are being developed on behalf of the Secretary of Defense.

“I appreciate Mr. Carson’s recognition, and am thankful to all of the team members that have contributed and continue to contribute to the Force of the Future Initiatives efforts, specifically Jeff Mills and Erin Avvento.”

Schatz was named the Director of the ADL Initiative, Office of the Deputy Assistant Secretary of Defense (Readiness), in June 2015.