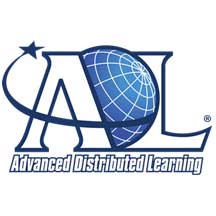 cmi5, a soon-to-be specification which is also conformant to the Experience API (xAPI), was the focus of a 2-day summit on April 15 and 16. The meeting took place at the Advanced Distributed Learning (ADL) Co-Lab.

Participants gathered to groom cmi5—one of the first true, fully-fleshed profiles of the xAPI. The cmi5 was inherited by ADL from work formerly done by AICC (Aviation Industry CBT Committee). ADL is validating its interoperability, developing use-cases, and leading discussions on future development efforts—including how conformance testing will be performed and how the profile should be marketed. The meeting also included two-hour web conferences each day to update the larger community on specification progress and to solicit additional feedback.

The result of these efforts was that several changes were made to the specification, branding points were solidified, and a product roadmap created. The first edition of cmi5, Sandstone, is slated for release in early May 2015. Later this year (September), the next major version is expected to be released, and it is anticipated to be usable for fully functional products in cmi5 compliant LMS systems, content creation tools, and content. Each version of cmi5 will be named after a different geological rock.

For those interested in cmi5, there are several ways to get more information or become involved. Beyond this summit, the cmi5 specification group meets every Friday at 10:30 AM U.S. Eastern Time. To register, go to https://attendee.gotowebinar.com/register/1993062001035414786. You can also subscribe to the cmi5 email list by visiting http://eepurl.com/bjlA01.

Finally, for an overview of what cmi5 is, check out this video of ADL’s Andy Johnson explaining the specification: https://youtu.be/-woUZWMbSiA