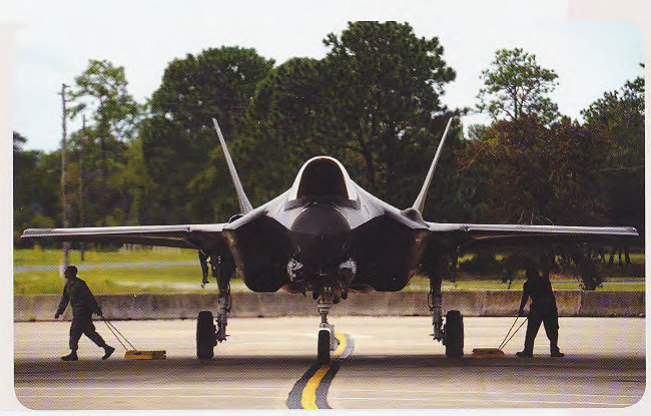 The 26th Annual Air Force Association (AFA) Warfare Symposium & Technology Exposition was held February 2013 in Orlando, Florida. Speakers at the symposium included top Air Force, government and aerospace industry leaders that talked about the future of the Force. Some of the agenda topics referred to the last two decades of war and continuous operations, Air Airlift Working Group Findings, industrial base concerns and AFA’s priorities for moving ahead.

Secretary of the Air Force Michael Donley said in his speech on the state of the Air Force at AFA’s Air Warfare Symposium, “The last two decades of war and continuous operations have taken a significant toll on airmen, their families, and equipment. We have a responsibility to rebuild to the full spectrum of readiness and training if the force is going to be prepared for the future, including any unexpected contingencies that may arise.

In their discussions about the importance of training readiness, the Air Combat Command (ACC) stated they are likely to move to a state of tiered readiness. “This will ensure that at least a portion of the force remains combat capable as funds continue to dwindle in Fiscal 2013,” said Mike Hostage, ACC. “The concept of tiered readiness is to have a certain amount of the force that is ready to go at a moment’s notice and then other portions of my force that are at lower levels of readiness.”
“What will happen is when one of my units comes back from the combat theater, it will stand down because I don’t have the flight hours, the weapon system sustainment to support fixing the airplanes, or the training ranges to train the unit’s members,” said Hostage.
Additional thoughts were discussed about the importance of training and emphasized by the Secretary Donley. He stated, “If we focus on giving these Airmen tools that they need to do their job, a job which our Air Force and our nation has asked them to do, we’ll be just fine. These young Airmen have signed up for a lifetime of service to our Air Force and our nation, and it’s a remarkable thing. I am inspired every time I meet them, each one, collectively, new generations of Americans stepping forward to do this work. If we back them, they will back our Air Force and they will help us get through these challenging times. ”

General Mark A. Welsh hit a high note when he talked about how he loves his Air Force people. “I just said hi before I started this morning to a young senior airman I’ve never met, right here in the second row. I’ll tell you what I love about our Air Force. I’ve known you now for about 40 minutes, but I’d die for you. So would Craig McKinley, so would Ed Rice, so would Janet Wolfenbarger, and so would everybody else in this front row. And so would almost everybody sitting behind you. And I’m just naïve enough to believe that you’d do the same for me. How could you not love being in this business?”
In closing, Secretary Donley said, “To AFA, let me thank you again for hosting this symposium and for all you do to educate and inform America about the issues confronting our Air Force and our nation. Your tireless efforts help ensure that the air, space and cyber capabilities of the United States Air Force, powered by Airmen, fueled by innovation, are ready to defend America whatever the challenges ahead.”
About the Air Force Association (AFA). AFA is a non-profit, independent, professional military and aerospace education association promoting public understanding of aerospace power and the pivotal role it plays in the security of the nation. www.afa.org.