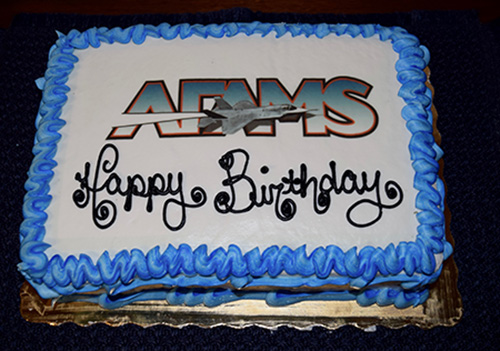 There was a celebration on Friday, June 3, at the Air Force Agency for Modeling and Simulation (AFAMS) to recognize its 20 years of existence and steadfast commitment to advancing Air Force training. 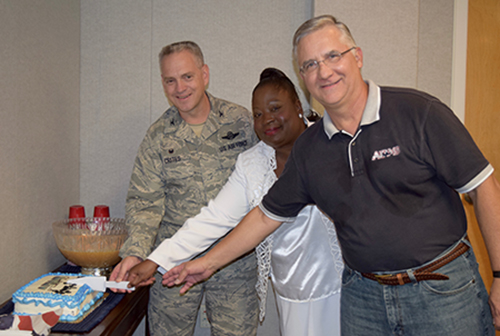 “Over the years we’ve had some mission changes based upon the changing paradigm of training in the Air Force,” Colonel Bradley Crites, AFAMS commander, told the group of AFAMS staff and special guests. “Through those changes we have embraced the technology and brought leadership that has expanded training options where live training would have been previously prohibitive.”

He continued, “One thing that has remained constant throughout is the necessity to be here in Orlando and within close proximity to our sister Services, as well as academia and industry.”

Crites explained that the ability to leverage the collective innovation residing within Team Orlando enables the Air Force to achieve several things.

“Whether discussing F-35 training with our Navy counterparts or working interoperability issues with the Army, we directly interface with the other Services on Air Force issues and work through challenges to meet operational training,” Crites said. “It also allows us to maintain awareness of emerging technologies, which leads to discussions on potential applications with our industry partners.”

Crites thanked the group for their continued support and said he looked forward to continued opportunities for working together another 20 years.

He closed with, “Interaction with our Team Orlando partners provides a collaborative environment to share information and advance our community as a whole.” 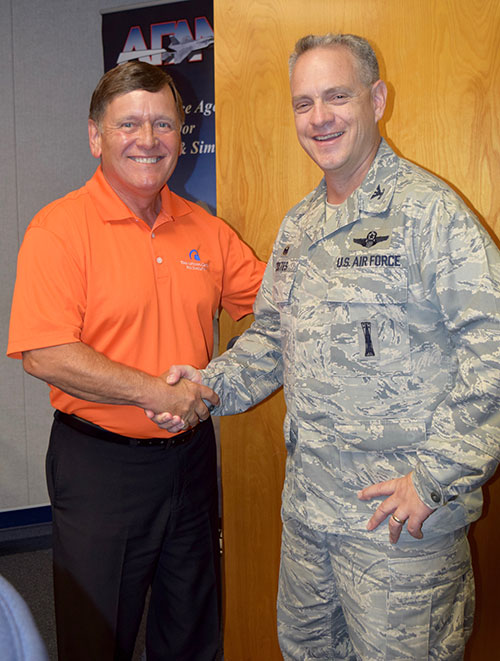 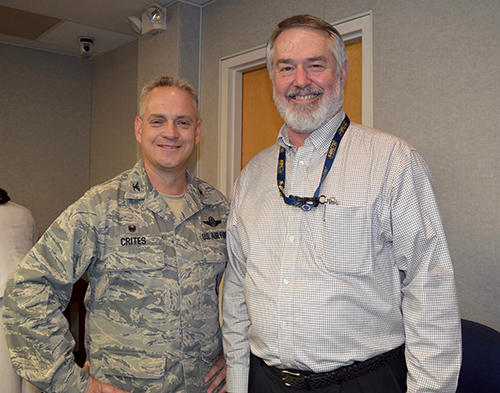 AFAMS Commander Col. Crites takes a moment to commemorate AFAMS’ 20-year existence and co-location with Team Orlando sister Services, saying the interaction with these partners provides a collaborative environment to share information and advance the community.