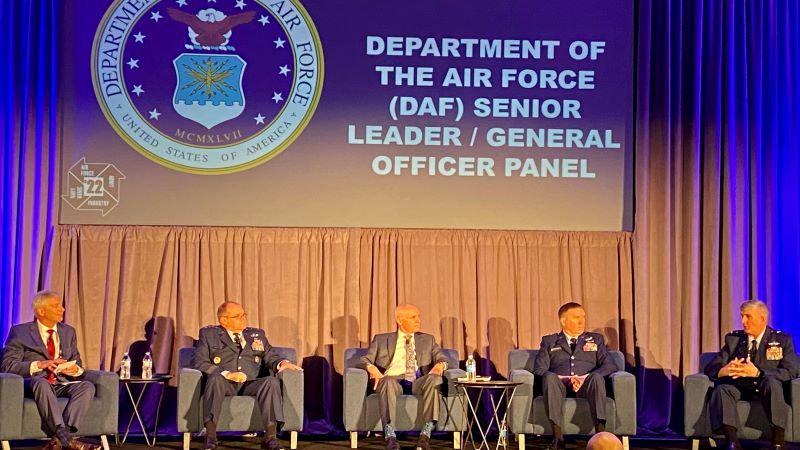 Motivated and empowered by the Secretary of the Air Force’s stated seven operational imperatives, the panelists at the Interservice/Industry Training, Simulation, and Education Conference’s Air Force General Officer Panel on Nov. 29 aim to use their offices and resources to accelerate and integrate training at every level.

“Secretary Kendall introduced the Department of the Air Force’s operational imperatives just over a year ago to help the department focus its modernization efforts on closing any warfighter capability gaps required to deter peer conflict and prevail in a high-end fight,” said Schatz.

Schatz referred to a speech Secretary of the Air Force Frank Kendall made in March this year at the Air Force Association’s Warfare Symposium, where he stated, “My highest personal goal as Secretary has been to instill a sense of urgency about our efforts to modernize and to ensure that we improve our operational posture relative to our pacing challenge; China, China, China,” he said. “The most important thing we owe our Airmen and Guardians are the resources they need, and the systems and equipment they need, to perform their missions.”

This earlier speech was the framework for each of the panelists’ contribution as they discussed Air Force requirements in training, resources, equipment, and budget.

“2030 is the year on the calendar that we are shooting for a modernized force that is ready to go across the distance to the Pacific and fight a force that is designed to defeat us. That’s the job of the Air Force,” said Moore. “The job of the combatant commanders is to be ready every night at 2030 on their watches.”

The panel emphasized how the operational imperatives demonstrate the need for collaboration and for the ability to measure the effectiveness of training in order to more quickly modernize and train the force.

“Over the last year, the Air Force has re-written every single mission essential task,” said Miller. “These define the conditions and standards, which are more geared toward our near and future challenges.”

“Assessing, training, and educating the force is going to be critical,” said Lawhead. “It’s one thing to purchase a platform and it’s another thing to integrate and maintain those platforms.”

“We’re getting at delivering the right exercise training to measure the increase to readiness and deliver that in a meaningful way,” said Bratton, who is prioritizing effective measures while building the foundations of the Space Force.

“I think it will resonate with everyone in this room that you can’t program the national defense strategy,” said Moore. “So, what the operational imperatives did was organize the closet of requirements to win against China and organize them in such a way that they could become line items that align with that strategy.

“I think the beautiful thing about the operational imperatives is that it emphasized the need for operations, acquisition, and research needs, and for the major commands and industry to pull together to push toward the mission imperative,” said Lawhead.

“The Secretary of the Air Force would assert that the ability to defeat Chinese aggression is not about fighting a fight. It’s about if we had to fight a fight, that we would win, and that’s our current crisis,” said Moore.