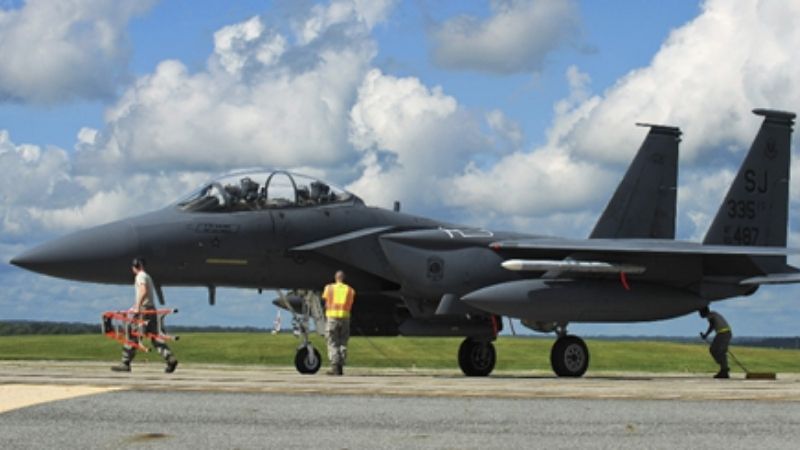 At Seymour Johnson Air Force Base in North Carolina, Air Force pilots at the 4th Operations Group (OG) are benefiting from the integration of the Experience Application Programming Interface (xAPI) into their training. xAPI is a data standard for tracking behaviors and performance across diverse platforms, and a new research project by the 4th OG is demonstrating its usefulness in live training exercises. 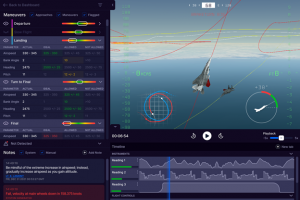 The F-15 Eagle is the world’s most successful jet fighter, providing air superiority for the U.S. Air Force, the U.S. Air National Guard, and air forces of Israel, Japan, Qatar, Saudi Arabia, Singapore, and South Korea. The F-15E Strike Eagle is the fighter’s dual-role variant, operating at speeds up to Mach 2.5 to support long-range air-to-air attack and interdiction missions. F-15E operations rely on a cadre of skilled aircrews, developed with support from the 4th OG.

“While we spend hours analyzing and debriefing each training mission to maximize learning, our instructors are very time-limited and can only record some of the subjective data to summarize a student’s performance on syllabus sorties,” said Major Mark Poppler, Chief of Innovation for the 4th Training Squadron. “This technology will broaden our aperture to track performance on all aspects of every flight performed in the Eagle, even when there is no instructor available. We expect the insight from these data to be invaluable.”

The SBIR project, titled Standardizing and Optimizing USAF Pilot Training With Machine Learning and Deep Maneuver Analytics, involves crafting and integrating xAPI profiles to collect aircraft time and space data during training maneuvers, to ultimately inform data-driven pilot evaluations, real-time debriefings, and new methods for allocating valuable training resources. While the first phase of the project has focused on simple single-ship maneuvers, the next step involves capturing data from two aircraft engaged in complex dogfighting. The 4th OG instructors hope to use the xAPI data, displayed on specially designed dashboards, to quantify and grade what training was accomplished during post-sortie reviews. 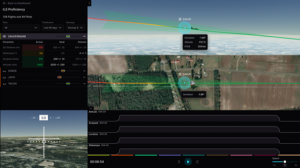 ls could usher in a new era of aircrew training by highlighting which missions require additional training, versus understanding where pilots have already gained the desired competency,” said Major Poppler. “This will allow never-before-seen insights into where proficiency is achieved, which units are most effective, and how to allocate resources to maximize training effectiveness.”

xAPI is one of the core data standards underlying the ADL Initiative’s Total Learning Architecture (TLA), which defines a blueprint for enabling DoD-wide interoperability across education and training systems. The TLA is the Modular Open Systems Approach (MOSA) architecture (or, colloquially, data backbone) that underlies the DoD Enterprise Digital Learning Modernization (EDLM) and supports Joint All-Domain Command and Control (JADC2) goals, relevant to the talent development functional area. These programs aim to improve military readiness, promote DoD-wide data interoperability, and reduce costs through smarter use of education and training data.