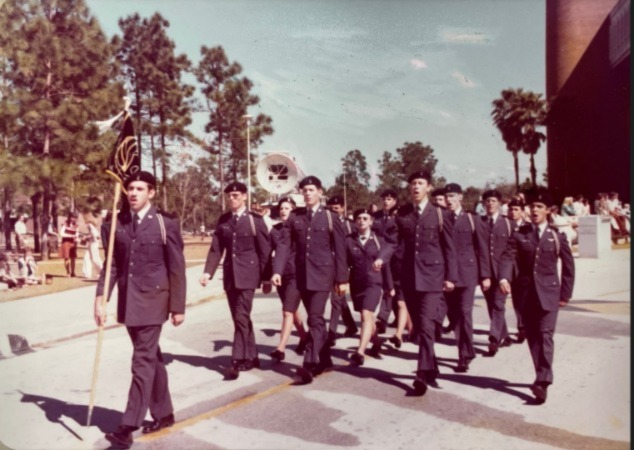 This year recognizes the 50th anniversary of Air Force ROTC Detachment 159 at the University of Central Florida (UCF), and Det 159 will honor that milestone from Sept. 23 to Sept. 24.

UCF’s “Flying Knights” will celebrate its anniversary with a variety of special events, to include an alumni meeting with UCF President Alexander Cartwright, a formal gala on Sept. 23, and a tailgate party the next day during the football game against Georgia Tech.

“It’s a really big deal for us and we want to honor our partnership with UCF and the local community,” said Air Force Capt. Jorden Simons, director of operations for Det 159. “The campus has changed a lot over the past 50 years, so we’ll be doing a lot of tours and cadet presentations. The capstone event for this celebration is the Friday night gala, which will be held at the same tier as the Air Force ball.”

UCF originally started as Florida Technological University (FTU). According to Simons, in 1968, NASA and FTU made an agreement, and with the Space Race and the Space Coast as university focuses, Det 159 was established on Jan. 25, 1972, to help cultivate leaders as the university developed its partnership with NASA. Det 159’s first class of commissioned officers graduated from the program in 1976. 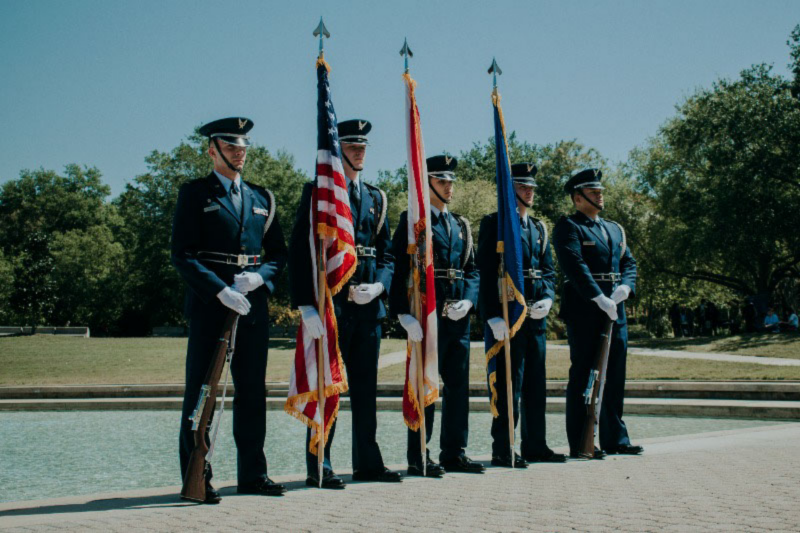 The university’s Air Force ROTC program is based on a traditional, four-year model for young men and women to earn a university degree and a commission simultaneously, and then move on to lead in the military. Det 159 began its mission to educate, train and mentor leaders of character through academic, physical and professional development 50 years ago, and while certain things have stayed the same, other aspects have adapted to a changing world. For example, Simons said that over the last two years, the program evolved significantly due to the COVID pandemic, which has made Det 159 more adept at working in virtual environments.

“Many of the ways we’ve changed is in how we’ve interacted with the cadets through new forms of media, new ways of teaching, and a lot of the curriculum has changed,” said Air Force Col. Michael Peeler, Det 159 commander. “Nowadays, we also have to consider the needs of the Air Force and the Space Force because Air Force ROTC is the primary commissioning source for both. In some ways the structure has stayed the same, but we’ve adjusted the way we go about training young officers and the leaders so we can stay relevant in the 21st century.”

Det 159 has achieved multiple accomplishments since it was established at UCF. The program has had at least two previous graduates become general officers.

With approximately 200 cadets, Det 159 is considered one of the larger Air Force ROTC programs in the country. Per capita, it has recently sent lieutenants into the Space Force and to Air Force pilot training in numbers that Peeler describes as “above our weight class.”

“We had 11 selected in the last round to be pilots and that’s a big number for our detachment,” Peeler said.

Simons said that during that time, Det 159 had the highest-ranking Air Force cadet in the country, a “cadet general” who is now a Space Force lieutenant. The cadet staff won various awards at the Arnold Air Society Symposium for their efforts.

“Being the national commanders of the entire country of the honors program for Air Force ROTC was a huge success for them,” Peeler said. “They got a lot of leadership experience out of it.”

While the Flying Knights will take a moment to celebrate their past in September, they’re also working to ensure the program’s future success. Going forward, Det 159 leadership is placing special focus on strengthening ties with its neighbors and it has deliberate lines of effort for engagement.

“We want to be a part of what’s going on in the community, in Research Park, at UCF, and in the high-tech corridor,” Peeler said. “We were lucky enough to meet with Mr. Cheros and Dr. Finkelstein [with the National Center for Simulation]. They invited us to a board meeting, and that has exploded in opportunities to engage.” 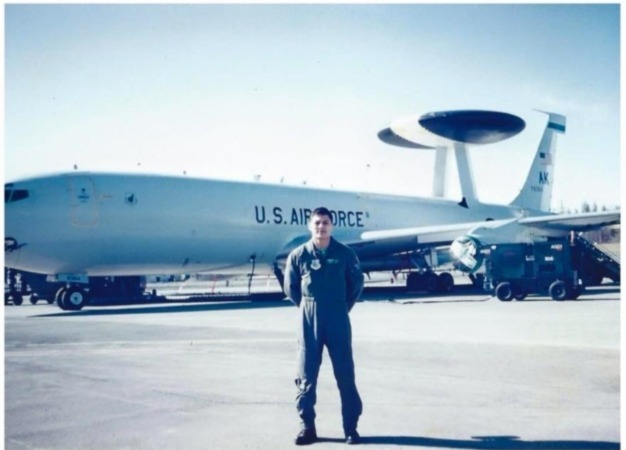 1Lt Carlos Arriaga was ’93 graduate who was killed in an E-3 crash in 1995. The Air Force Association helps honor him every year by awarding a scholarship in honor to a Detachment 159 cadet.

Another focus is maintaining the Air Force’s readiness by continuing to prepare cadets with tools to adapt to an ever-changing world. Det 159 cadre is aware that students often learn things that will be obsolete by the time they graduate, so what those students learn isn’t as important as how they learn, and their ability to rapidly adapt to shifting dynamics. This concern is especially important for graduates who will commission as officers with positions that involve national security. This preparation can come from the classroom, but technology always helps.

“We’re looking to get access to, or get our own, low-cost simulators for the detachment,” Peeler said. “We have cadets who want to fly airplanes like I got to do, and I want to set them up for success. If they can get a few hours in a simulator, and we’re in the epicenter of modeling and simulation right here [in Central Florida], we can make them more competitive.”

Over 100 of Det 159’s alumni and their families are expected to attend September’s celebration, to include four members of the of the Flying Knights’ first commissioning class of 1976.

“Fifty years is a long time and it’s significant because of our partnership with the local community,” Simons said. “We’re looking forward to another 50 years of continued partnership and development of the next generations of Air Force and Space Force officers.”

To learn more about UCF’s Det 159 and its upcoming 50th anniversary celebration, go to https://airforce.ucf.edu/det159/.