Army and Marines Give the Term “ROLLOVER” a New Meaning

Home » Army and Marines Give the Term “ROLLOVER” a New Meaning 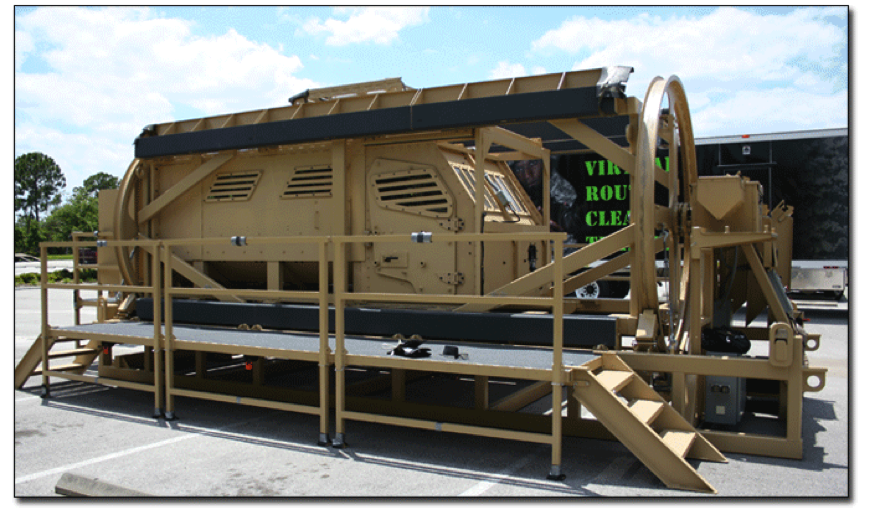 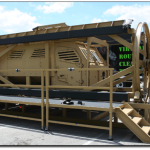 According to Army statistics, there were 121 non-hostile-related MRAP rollover incidents in the military between Nov. 1, 2007 and Mar. 31, 2009. Since April 2007, the military has fielded approximately 12,000 MRAPS. The Army and Marines are continuously engaging the new and improved rollover simulators to troops in Iraq and Afghanistan. The simulator, called the Mine-Resistant Ambush-Protected Egress Trainer, or MET, is the military’s latest initiative to prepare troops how to react in the event of a rollover.

Measuring in at 35 feet long, 25 feet wide, 12 feet high and weighing a staggering 34,000 pounds, the MET is a Cougar variant vehicle rollover training simulator. According to recent studies, any soldiers, Marines or sailors deploying with MRAPs are required to complete training in the MET. In the past three months, MET systems have spread to 20 locations, including 13 camps in Iraq and six in Afghanistan and PEO-STRI is agency responsible for developing and fielding new equipment. And according to PEO STRI, half of the MET systems will be delivered to the 3d Sustainment Command (Expeditionary) in Iraq. Future production models will be built with the ability to change out cabs to meet the training needs of different troops at any given camp.

Encouraging statistics have solidified the training’s value. According to recent information from the Combat Readiness Safety Center database, serious injuries to gunners have dropped approximately 80 percent since the implementation of mandatory training on egress trainers. After a half-hour class outlining preventative measures, rollover factors, egress and safety procedures, eight soldiers, Marines or sailors will together enter the MET with simulated weapons. They undergo two drills, learning to egress at both 90- and 180-degree angles.

Microphones and cameras in the cab allow the instructor/operators to monitor activity inside the cab. Unsuccessful or sloppy egresses warrant additional runs.

After spinning two and a half full turns, the cab is upside down. Disoriented occupants, now hanging upside down, work to unfasten their seatbelts and then assist the others. Maintaining communication, they unlock the combat locks on the doors and egress from the cab. The MET saves lives as it teaches men and women to react without thinking. Training that is this close to the real thing and practicing over and over helps save lives. This type of training is crucial to deploying soldiers and for others, it’s good to be ahead of the game.