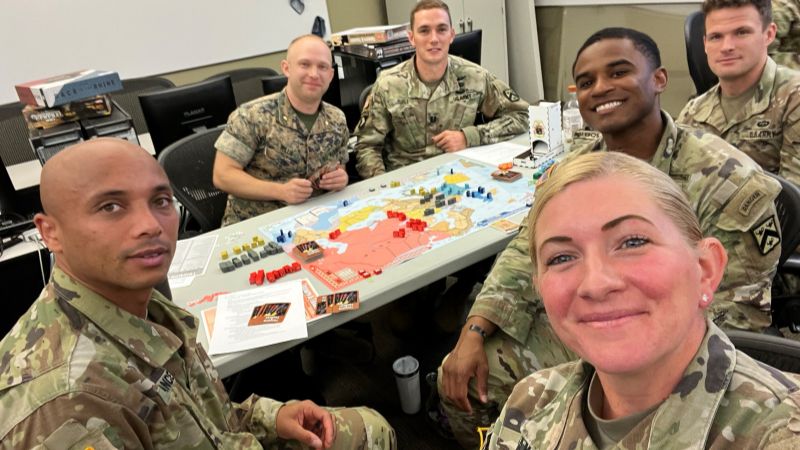 The Battle for Moscow Tournament is an online game event made up of multiple rounds, with each round played over six days on the Vassal game engine. Tournament participants are expected to complete one game per week and use the Discord platform for communications. Vassal and Discord are both free resources that are compatible with Mac, Windows and Linux computers.

In the Battle for Moscow game, players take a commander’s role controlling German or Soviet forces during a World War II battle. The object is to control Moscow by the end of the game, and the more successful players usually start the game with strategies in mind to achieve that goal.

“Fight Club’s mantra is ‘think, fight, learn, repeat,’” said Dr. James Sterrett, chief of simulation education for the Directorate of Simulation Education at the U.S. Army Command & General Staff College. “Build a plan, execute the plan against a thinking opponent, learn from your mistakes, and do it again to become a better commander and decision-maker, all in a fun and safe-to-fail environment. The key purpose of the tournament is to encourage military officers to take part in this process.”

Fight Club uses computers and boardgames the same way games like Chess and Go have been used for hundreds of years to teach decision-making skills in a competitive environment as preparation for war, according to Sterrett. Although Battle for Moscow is not complex by military simulation standards, it poses significant dilemmas to players and offers a means of practicing relevant skills in a fun environment. 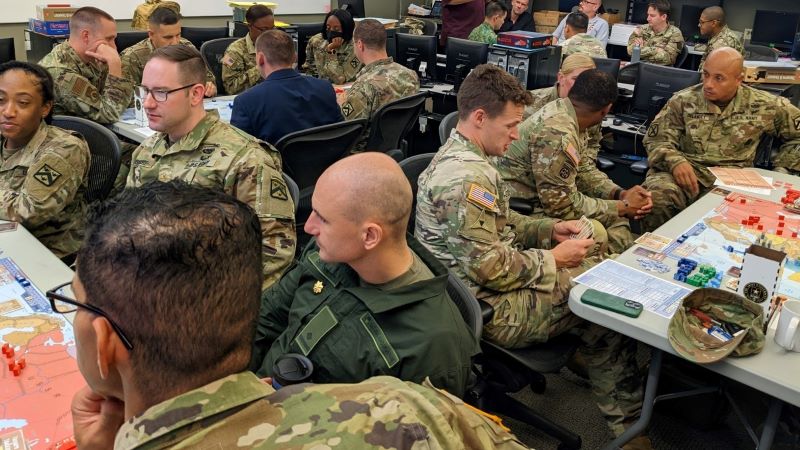 “The Army uses a wide array of games similar to Battle for Moscow, which are much more complex and expensive, and intended to drive division or corps-level exercises with tens of thousands of soldiers,” Sterrett said. “All of them enable practicing key skills. At their core, the games are about assessing a competitive situation, making decisions, and dealing with the consequences of decisions you and your opponents make.”

According to Army doctrine, commanders drive the operations process through understanding, visualizing, describing, directing, leading and assessing those operations. Wargames like Battle for Moscow are used to help Army leaders develop those specific skill sets.

“Playing wargames in one-on-one exercises helps soldiers focus on the ‘understand,’ ‘visualize’ and ‘assess’ skills,” Sterrett said. “Playing them as part of a team adds to the ‘describe,’ ‘direct’ and ‘lead’ skills, and more so the bigger the team becomes.”