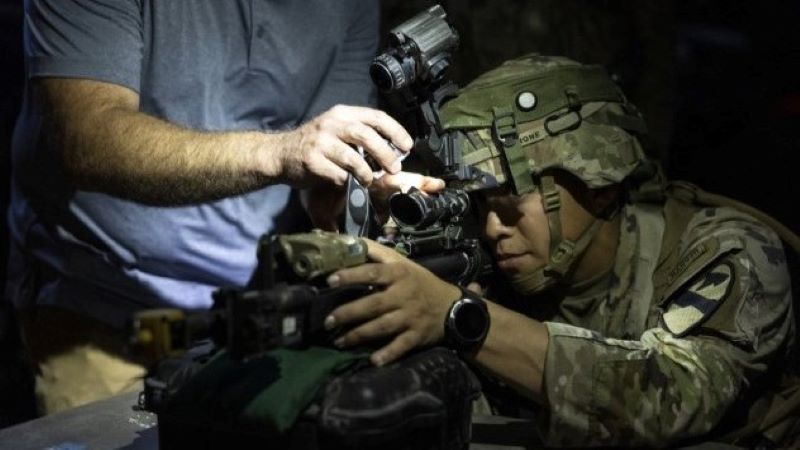 The STE LTS program will accelerate the evolution of cutting-edge equipment and software to amplify and expand the realism of the operational training environment.

The program specifically seeks to offer improvements to engagements – known as the 12+5 – involving direct and indirect fire; counter-defilade; dropped, placed and thrown objects; guided and autonomous weapons; directed and radiant energy weapons; chemical, biological, radiological and nuclear / plume; and information warfare. It plans to accomplish this task through implementation of enablers in the categories of calculations, network, sensors, terrains and transmitters.

The system, which is being built out as part of a five-year, middle-tier acquisition rapid prototype authority managed by the PEO STRI Agile Acquisition Response (STAAR) Team, has been evolving swiftly since its 2021 inception in large part due to the Army’s strategic execution of STE LTS Soldier touchpoints and STAAR Testbed engineering assessments of vendor prototypes.

The opportunity to conduct rigorous testing early in the acquisition life-cycle allows the Army to invest in – or divest from – new technologies more efficiently.

Funneling energy and resources into an improved live training system is important because constraints in training can become constraints on actual battlefields.

“There are two primary objectives for this program. Modernization of existing live training capabilities due to performance constraints and component obsolescence is key, but equally important is the representation of weapons that cannot be trained during force-on-force engagements due to legacy technology limitations,” explained Curtis Leslie, Director of the STAAR Team.

“We’re collaborating with the Army’s science and technology community, traditional and non-traditional industry partners and a bevy of stakeholders to push the limits and provide next-generation technologies that will enable the Army to effectively represent kinetic and non-kinetic battlefield effects, to include near-peer adversary systems for OPFOR units, and ensure the Army maintains overmatch across current and emerging warfighting domains,” Leslie said.

Currently, roughly 60 percent of the Army’s weapons portfolio is being exercised in force-on-force live training environments. The STE LTS program aims to increase the percentage of weapons being used – particularly those that capitalize on breakthrough technologies – to enable a more dynamic training experience for Soldiers.

By combining promising technologies with robust end-user feedback, the Army is improving its ability to develop and implement training that imitates real-life missions.

Naylor, who leads STE LTS capability development, explained that the Army is “looking to improve the amount of weapons the warfighter is able to bring to their training that they could actually use in combat.”

These next-generation technologies include devices that can be appended to or integrated into existing weapons to enable a digital fire – one that can be traced and evaluated in a manner akin to that of a real fire, but that is visible only to computers and the individuals using those computers.

Such technologies can enhance a Soldier’s ability to operate and maneuver with real weaponry, as well as the Army’s ability to create realistic surrogates when necessary.

The capacity to analyze the digital impact of a weapon’s deployment also means unit commanders can provide more nuanced direction and adjustments during and after live training scenarios.

Equipped with these new resources and a focus on strengthening future readiness, the Army is “at the forefront of pushing the boundaries of technology to improve the capabilities of training, whether that’s through improved laser or non-laser systems, such as geo-pairing or geo-optic training solutions,” Naylor said.