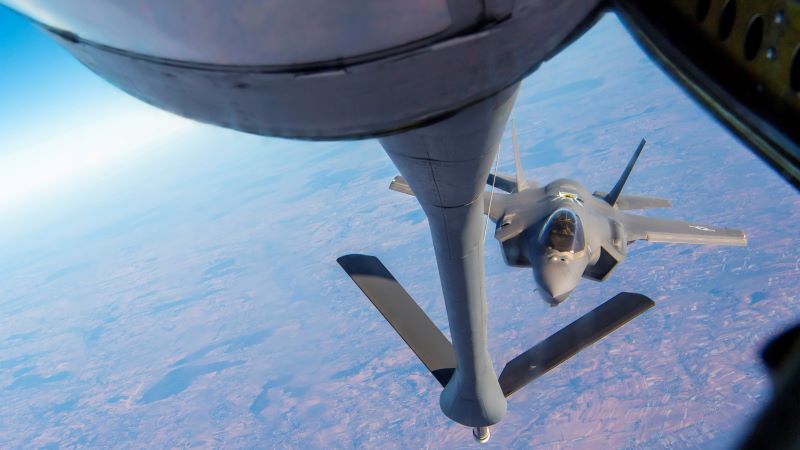 The act means a 4.6 percent pay raise for military and civilian members of the department, and includes $45 billion more than originally requested to counter the effects of inflation and to accelerate implementation of the National Defense Strategy.

The act also authorizes $30.3 billion for national security programs in the Department of Energy and the Defense Nuclear Facilities Safety Board and $378 million for other defense-related activities.

One of the more contentious items in the act is requiring the defense secretary to rescind the mandate that members of the armed forces be vaccinated against COVID-19. “The department will fully comply with the law,” DOD officials said. “DOD remains committed to the health and safety of the force and to ensuring we are ready to execute our mission at all times.”

Secretary of Defense Lloyd J. Austin III ordered the mandate on August 24, 2021. The COVID-19 vaccinations have been successful. Some 98 percent of active duty service members and 96 percent of the total force have been vaccinated. Since April, only two service members have died from COVID-19.

Austin argued that the mandate is necessary to protect military readiness, and he has been clear in his support for maintaining it. Still, Congress has spoken and the department will fully comply with the NDAA, officials said.

On the personnel side, the act authorizes additional funding to address the effects of inflation on compensation. It also puts in place language allowing more service members to qualify for the basic needs allowance by increasing the eligibility threshold and allowance size from 130 percent of the federal poverty line to 150 percent. The act authorizes the defense secretary to increase this benefit to 200 percent of the poverty line when appropriate.

The act increases bonuses and special pay for service members in qualifying career fields. The act also looks to give recruiters a tool to revive and extend temporary authority for targeted recruitment incentives.

DOD officials have said that roughly one-third of spouses must obtain new professional licenses every time they move to a new state. The act expands the scope of financial reimbursement related to spouse relicensing and business costs arising from a permanent change of station.

The act also calls for a pilot program to reimburse military families for certain child care costs related to a permanent change of station.

There are several changes in the act regarding housing. The act extends the authority to adjust the basic allowance for housing in high-cost areas. It encourages DOD to coordinate efforts to address housing shortages. The act also makes the assistant secretary of defense for energy, installations and environment the department’s chief housing officer.

Other aspects of the act include the authorization of special duty pay for members based on cold weather climate conditions in which their duties are performed. The act also starts a program to reimburse Alaska-based service members for the cost of airfare to travel to their homes of record.

The act also calls for the Navy to build a third Arleigh Burke-class destroyer and allocates $2.2 billion to the effort.

More importantly, the act expresses the sense of Congress that the United States’ commitment to NATO is ironclad, and emphasizes the importance of maintaining a unified response to Russia’s unjust war in Ukraine and other shared security challenges, according to a release on the Senate Armed Services Committee website. The Senate release also stressed that the U.S. must continue to assist Ukraine in its fight against the unjust and unprovoked attack by Russia.

To that end, the act calls for an assessment of the required U.S. force posture and resourcing needed to implement the National Defense Strategy in Europe and uphold U.S. commitments to NATO.

Across the globe, the act extends the Pacific Deterrence Initiative through the fiscal year and identifies approximately $11.5 billion of investments in support of initiative objectives.

The NDAA also calls for an independent assessment of DOD efforts to train, advise, assist and equip the military forces of Somalia, and authorizes an increase of $10 million to support U.S. Africa Command’s efforts to diversify the locations of its multilateral military exercises on the African continent.

The legislation extends the authority to assist Iraq to counter the Islamic State and provides monies to train Syrian allies against the terror group.

The act looks to provide long-term aid to Ukraine especially in waiving restrictions related to contracts for munitions to support Ukraine or to increase DOD’s stocks of critical munitions. It also provides multi-year procurement authority for certain munitions.