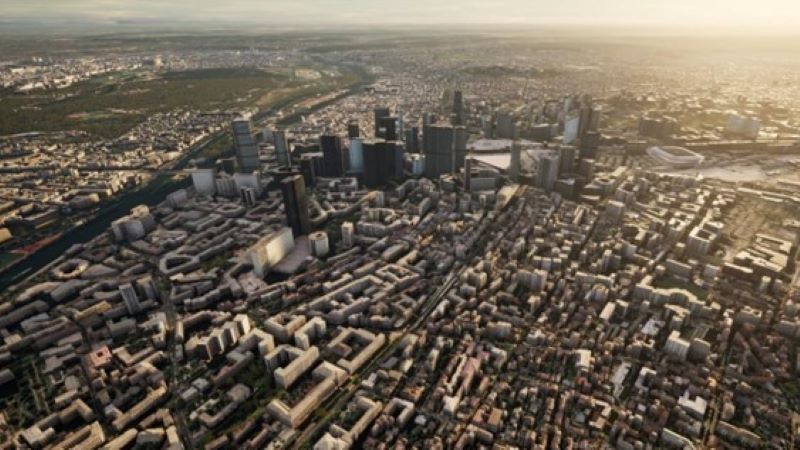 blackshark.ai, the developer of a 3D Digital Twin of Earth, announced the launch of a long-awaited plugin for the Epic Games’ Unreal Engine 5 during I/ITSEC, now available on the Unreal Engine Marketplace to the public. The blackshark.ai Globe Plugin will stream blackshark.ai’s SYNTH3D data, containing synthetically reconstructed 3D terrain, ground textures, buildings, infrastructure, and vegetation of the entire globe based on satellite data. The freely available plugin will allow users to generate their own applications in Unreal Engine for any kind of gaming, training, simulation, and visualization projects based on the real world.

blackshark.ai, best known for its global scale 3D reconstruction technology used in Microsoft Flight Simulator, applies artificial intelligence onto 2D satellite and aerial imagery to derive semantic object classification information and metadata to create a blueprint of the world that is then automatically transformed in photorealistic 3D. “Applications for these synthetic environments are infinite,” says Michael Putz, CEO of blackshark.ai. “While using the real world as a backdrop for gaming is one of them, most of our customers use blackshark.ai environments for all kinds of simulation applications, be it in the context of autonomous driving, humanitarian relief, city planning, or government efforts.”

While until now the company was offering custom integrations of its technology to mostly large clients and partners, the Globe Plugin for UE5 now gives the whole world into anyone’s hands. At its core, the Globe Plugin streams blackshark.ai’s SYNTH3D data in different LODs and contains 3D terrain, ground textures, buildings, infrastructure, and vegetation in an accurate, realistic, geo-typical, and regional-specific manner. The data for the 3D reconstruction is derived from Maxar Vivid global satellite imagery basemap and includes 1.5 billion buildings and over 30 million square meters of vegetation coverage. Buildings are generated at runtime carrying metadata, and building material attributes make it ready for physical simulation. Easy combination, conflation, and replacement with a user’s own georeferenced data is possible too. The blackshark.ai Airport Generator turns any airport ground charts globally into accurate 3D airport models, including runways, towers, markings, and light systems, introducing unprecedented opportunities for sensor simulation and officially accredited pilot training.

To give Unreal Engine users a jump start with the Globe Plugin, a 1.5×1.5 miles sized sample set of New Orleans is available to anyone for free. SYNTH3D is highly performant and data-efficient and thus enables massive multiplayer real-world metaverse applications, online or entirely network-free. “This is the beginning of a new era of simulation and training, available to anyone. We can not wait to see what users will build in Unreal Engine on top of the real world”, says Michael Putz.