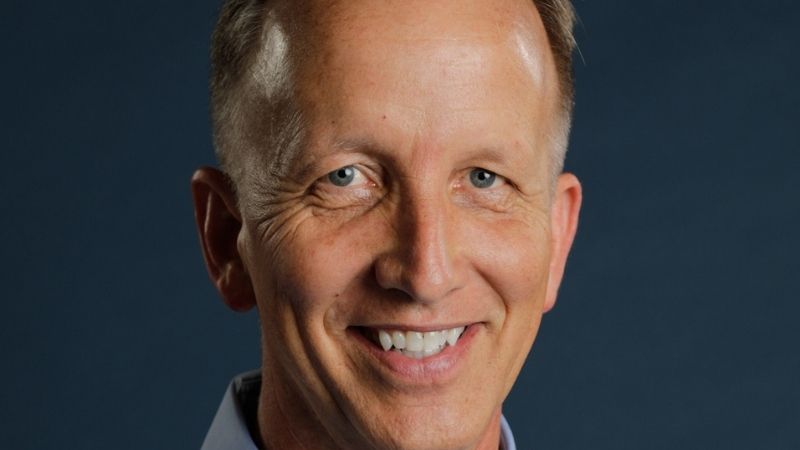 Sharing that his roots are in the Midwest, Paul reflects on his family attachment to farming as one of the reasons he was drawn to and married Kat (Kathryn), who grew up on a dairy farm in California. He recounted the fun of the farm as they visited with their own children over the years. Paul’s grounding experience soon gave way to higher callings as he pursued his Naval career and fulfilled his ROTC commitment after he completed both a BS and MS in Aero Engineering at MIT and Stanford respectively. He never planned to have a career in the Navy, but served honorably for 33 years and retired in 2019 achieving the rank of Rear Admiral.

Upon retirement, his mentors advised him not to rush the journey, so he took a little over 6 months and made several trips to Florida before accepting the CEO position at The Corridor. Sohl says that the position fulfilled two of his goals: one, to be part of an organization where he could give back some of his Navy experience and specifically to be able to share some of the blessings that he and his family were provided during his naval service; and secondly, to be in a constant state of learning.

So, while The Corridor is vastly different from his Navy experiences, he brings many of the leadership lessons he learned throughout his career, and he definitely hits the mark of constant learning, stating that he learns something new by 9 a.m. most days! One of those experiences that translates to his new position is how to connect people and organizations.

The Corridor’s mission is to intentionally support technology and innovation with direct, real-world impact, by connecting university researchers and students with high-tech companies through matching grants, and to cultivate the workforce of the future throughout our 23-county region by supporting initiatives that give access to STEM tools and education to students, with a focus on underserved communities. It’s tagline: Connect. Collaborate. Convene.

Connect: Sohl says you can think of The Corridor as a regional network of networks. Networks, like innovation ecosystems, economic development organizations, educational institutions, entrepreneurial support organizations, and trade associations like the National Center for Simulation (NCS), already exist here in Central Florida. They help connect those networks across The Corridor to accelerate and multiply the impact of the region.

Collaborate: You can’t just tell people and organizations, “Go collaborate together.” There needs to be something to collaborate on. Sohl shares his focus on “boundary-breaking” collaboration from the former President of USF, Steve Currall’s book “Organized Innovation.” When groups find a mission to tackle, they often think of the usual suspects to collaborate with. They follow the path they’ve always followed. The “real” magic happens when they intentionally break boundaries when they collaborate, and Paul Sohl believes that is the real secret sauce.

Convene: This is all about The Corridor using its standing across The Corridor region as an organization to pull people and organizations together in boundary-breaking collaboration to tackle some of the biggest challenges for our region, state, country, and world.

The idea of The Corridor as a “convener” came from an early conversation Sohl had with David Day, the former assistant vice President for Technology Commercialization at University of Florida and, according to Sohl, a true “force of nature” when you get him talking about technology transfer and innovation, and how that relates to economic development. Day knew about The Corridor since its inception, and he believed the real power is in The Corridor’s ability to intentionally bring people and organizations together across the region to solve problems. Sohl said, “It took me a while to understand what he was saying. But having listened and learned across The Corridor for a year, I can see it clearly now. I’ve never forgotten what David said and I think it’s key moving forward.”

As he discussed his transition and experience during his first year at The Corridor he reflected, “You must remember that I came from a place (the Navy) that really is nothing like The Corridor and its mission. I had and still have a ton to learn,” he said. He thought he could figure things out in about 90 days, so he set that as his incoming goal. Admittedly, he quickly realized that goal was not achievable and moved it. “By January 2021, I was still knee-deep into listening and learning about the region and how everything fit together — and I told my co-chairs that.”

During his first year, Sohl became deeply involved in learning the intricacies of The Corridor and made the decision that focusing initially on building an overarching strategic plan may mean The Corridor would be focused on the wrong things because he was continuously learning more cool things The Corridor had to offer. So he changed course to a more dynamic framework for strategy, Strategic Doing, a framework created at Purdue to provide a new path for designing and guiding complex collaborations. “Believe me,” he said, “the collaborations we’re involved with are complex.”

Sohl believes that the MS&T industry are key enablers across every other technology sector in The Corridor.

“I think the (MS&T) industry is uniquely qualified to help drive the “boundary-breaking” aspect of collaboration,” he said. “Look at the company Unity, as an example. I believe Unity is much more than a development platform for gamers. That company pulls together many different companies and clusters of companies into an ecosystem/network of its own. And because The Corridor is in the business of connecting networks and ecosystems across our region, having a company like Unity — and to a larger extent the VR/AR Association of Central Florida — these teams help us connect and collaborate. I could list a hundred big and small companies in MS&T that do exactly that.” He continued, “NCS as a trade association does the same thing. It’s created a great cluster that when connected with other regional technology clusters of companies and support organizations, can help central Florida really gain momentum as a technology forum.”

Sohl provided a few other examples of how MS&T contributes to the various technology clusters that are a focus for The Corridor, including a new initiative by Orange County Mayor Jerry Demings that established and launched the Cluster Initiative. The Corridor will be leading the initiative for Orange County that focuses on: life sciences; learning sciences and human performance; gaming, entertainment and esports; and energy and environmental science.

In the life sciences cluster, he referenced CAMLS at USF and the VA SimLearn at Medical City.

In the human performance cluster, he noted that UCF’s program for using simulation to help future teachers learn to operate in the world of education takes simulation and training to a new level.

He said that MS&T are also huge contributors in energy & environment and referenced the modeling that is occurring with global warming and the power distribution, citing Duke Energy and Florida Power & Light, among others, as examples. “In addition to modeling distribution, MS&T help identify vulnerabilities from hurricanes, population growth, disaster management, and a number of other situations that impact our energy and environment. He continued, “MS&T is a connector between life and learning sciences, and virtually every technology cluster we focus on at The Corridor.”

Sohl talked about how M&S aids in the “what if” scenarios that are used for mapping infrastructure projects, including new transportation projects and even affordable housing. “Everything is interconnected,” he said, and requires a system of systems approach. He quoted Neal Finkelstein, NCS COO, “If you can define it, we can model it.”

He said that we need to listen to the challenges of the community to identify them, then model and solve.

When asked what advice he would give to MS&T companies, he said, “Companies in the industry should take advantage and connect with the many assets we have here.” He continued, “Don’t be shy — you don’t realize how special the people and companies of MS&T really are. My role in The Corridor is to honor what has already occurred in the MS&T sector and inspire the next generation to take it further. MS&T fits everywhere and we need to do a better job exposing young kids to this industry and inspiring them.”

He continued, “In my first 6 months on the job, it was clear that people and organizations wanted to connect but many didn’t know how.” He shared that in January they built a strategic task force to help them connect, and to provide a connection point at The Corridor for others. When complete he feels they will have a guide that allows organizations to learn how to connect and inspire them to action. “Right now,” he said, “any small or medium sized business that is struggling with engaging resources should connect with us and other existing networks. Until the guide is published, people can feel free to contact me at my email address: paul.sohl@floridahightech.com.”