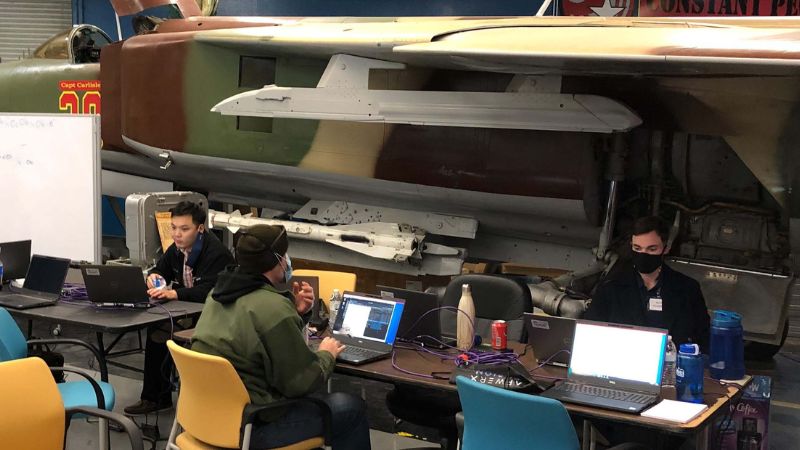 Applications are due June 17 for the next BRAVO Hackathon, BRAVO 1 Canary Release, which will kick-off July 18-22 simultaneously at Joint Base Langley-Eustis, Virginia, Patrick Space Force Base, Florida, and Eglin Air Force Base, Florida.

A hackathon is an innovation and software development event commonly employed by technology companies, in which teams self-form and urgently develop working prototypes that are later presented to senior leaders. Canary Release takes its name from a data-driven software release technique, leveraged frequently by technology companies, where new software is introduced to a sample of users in production for telemetry collection and validation before distributing the software to the remaining population.

Since BRAVO 0 four months ago, one project’s work has been operationalized to the European theatre, while half have been selected by Air Force organizations for additional development, testing and fielding. BRAVO 0 projects produced capabilities related to Secretary of the Air Force Frank Kendall’s operational imperatives, in areas such as Air Force Joint All-Domain Command & Control, next generation system of systems, post-flight data analysis, and readiness.

“A senior DoD official recently referred to the capability to deploy updates to SpaceX Starlink in response to data indicating jamming, as ‘eye-watering.’ This shouldn’t be the case. Every big tech company and some nation states have already built automated pipelines that collect, aggregate and fuse data to enable such capabilities,” said Chief Digital Transformation Officer, Department of the Air Force, Stuart Wagner.

“DoD talks a lot about connecting weapons systems, but has been too slow to implement groundbreaking, data-driven capabilities. BRAVO hackathons leverage existing Department of Defense technologies to provide hackers the development environment and operational data to rapidly build data-driven kill chains and cognitive electronic warfare capabilities. If you are a cleared or uncleared American citizen with technology skills looking to build national security capabilities during a one-week event, this is your opportunity.”

The goals for Canary Release are to 1) validate rapid development in a cloud-based environment across multiple bases, military departments and classifications on operational use cases, 2) provide a new way for American companies, citizens and government employees to develop DoD capabilities, and 3) generalize the BRAVO development model to enable future scaling to partner military departments, combatant commands, U.S. Government agencies, and U.S. partners and allies.

“The first BRAVO hackathon set a record for maximum concurrent users on our AI development environment. We agree that we must increase our digital and AI investments to operational use cases, including those identified and built at BRAVO hackathons. We are evaluating opportunities to scale this innovation model to the DoD and federal government enterprise,” said Greg Little, Deputy Director of Enterprise Capability at the Chief Digital and AI Office, Office of the Secretary of Defense.

For Canary Release, use cases have been sourced from Air Combat Command and Space Launch Delta 45 and Space Force Chief Technology Information Office. All participants must be American citizens. Participation at the Patrick Space Force Base does not require a security clearance, while participation at the remaining bases requires a secret clearance. Companies with employees holding active Special Access Program read-ins are encouraged to apply. The dress code requirements for all hackers and science fair attendees are to wear clothes.

BRAVO intends for 60 percent of hackers to be government employees or Department of Defense contractors with approval of their government contracting officer, with the remainder coming from industry, academia and American citizenry. The dress code requirements for all hackers and science fair attendees are to wear clothes.

Federal Government employees (outside of the Department of Defense) or contractors without a Common Access Card may apply HERE.

Project demos are offered to Department of Defense and Federal Government employees through a Science Fair – applications are available HERE.

About the BRAVO hackathon series

The BRAVO hackathon series is named from Project B, a 1921 series of joint Army-Navy target exercises conducted on surplus ships in response to Army Brig. Gen. Billy Mitchell’s claim that bombers sink battleships. This claim undermined the then-current investments and strategy of the then Department of War. The Secretary of War and Secretary of the Navy authorized Project B to disprove and disgrace Mitchell by demonstrating the insignificance of airpower. Mitchell instead directed his bombers to destroy all the test ships, changing military strategy, defense resourcing for aeronautics and aircraft carriers, and ultimately the Department of War by proving the need for a separate Air Force military department.