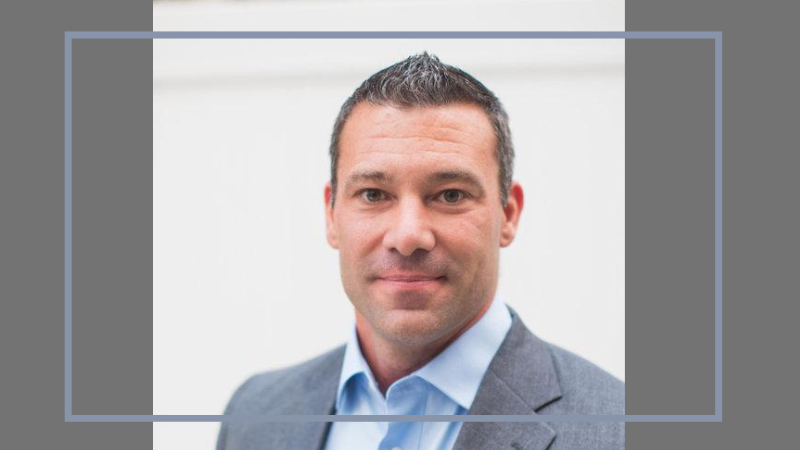 Dr. Chris Libutti began his tenure as a program director for the University of Central Florida’s (UCF) Office of Research managing the Central Florida Tech Grove on Aug. 15, 2022, coming full circle in some ways back to UCF.

In his new position, Libutti describes himself as someone who facilitates the collaboration between industry, academia and government to bridge the gaps in the government’s ability to develop technology due to inherent rules and processes in the system. Government typically turns to private industries and academia to innovate and develop solutions, but the contracting mechanisms take time.

“To shrink the time to get the best technology to the warfighter, Tech Grove operates under the nonprofit UCF Research Foundation to provide a physical and virtual space for events and initiatives to spark connections, collaborations and innovations to address its clients’ needs,” Libutti said. “It also allows industry to engage with and understand the government’s gaps in the modeling, simulation, and training (MS&T) field, as well as allowing government to engage with a broad audience of industry and academia.”

Tech Grove’s clients are the Army, Navy, Air Force and Marine Corps, which makes it unique among Defense Department innovation hubs as a multiservice-funded initiative focused on MS&T. Libutti anticipates adding other services to the list in the near future due to the attention Tech Grove has received and increasing requests from government entities to visit. He said Tech Grove’s role also provides a space for industry and academia to express what government can do to improve the process for them to help government address their problems and gaps.

Tech Grove has three goals, according to Libutti. First, it grows the defense industry base by attracting industry and academia to help address its clients’ needs. Second, it supports and facilitates transfer and commercialization of government-funded intellectual property and solutions. Finally, it addresses its clients’ hard problems or gaps, which may involve a tech scan, prize challenge or another initiative to find innovative capabilities and solutions.

Libutti spent four years in the Army from 1995 to 1999 and served with the 75th Ranger Regiment. He credits his enlisted experience as the time he noticed technology really getting introduced to the military, and the advantages technology provided in creating more efficient warfighters.

After leaving active duty as a sergeant, Libutti matriculated to UCF, and got his start in the MS&T industry through construction after he graduated with a bachelor’s in construction engineering and technology in 2005. At the time, the construction industry was just getting into building information modeling (BIM), which allowed for creating models of structures in three dimensions, and then using the models to construct the actual buildings instead of traditional paper drawings. Libutti thought BIM was very interesting, but it made him realize how far behind the construction industry was in terms of technology, as compared to other industries.

“I noticed that firms were building the model as they were building, and then they would give up on the model… so it just didn’t make any sense,” he said.

Libutti went on to earn his master’s in business administration from Stetson University in 2007 and his doctorate in business administration from Temple University in 2020. After graduating with his master’s, he explored entrepreneurship as a business owner because he and his partners wanted to leverage technology and explore modeling, simulation and automation in construction. Libutti said automation improves safety, efficiency and quality.

“Fewer people on a construction site provides less chance for injuries,” he said. “[Automation] also provides a better end product because you can make structures in a controlled environment, instead of on site. It also allows better training for people, because if you can deploy virtual training to people remotely, you can train at multiple sites at the same time.”

Returning to UCF as Tech Grove manager was the result of a seemingly random event. Libutti first learned about the vacancy from a UCF alumni association post when he was “playing around” with the Handshake app. At this point in his career, he desired a change and was considering leaving industry to get back into academia and research. He submitted his application the day before the job closed.

“It was the alignment of stars,” Libutti said. “[The position called for] military experience, engineering experience, entrepreneurship experience, modeling/simulation experience, and research experience. I wondered: ‘Is this a job posting or did someone steal my resume?’”

After going through various rounds of interviews, Libutti was offered his current position, and he said it’s been a great first few weeks.

“I’m glad to be back in Orlando and at UCF,” Libutti said. “I graduated in ’05, and here I am, 17 years later and the place is massive and beautiful. I come to work and I feel like a new person motivated to do some forward thinking. It’s pretty cool.”

His appointment as Tech Grove manager was especially well-timed as he desired to move from Orange County, California, to Central Florida. Libutti sold his ownership in Rye, an electrical engineering construction company, to his partner as he positioned himself to return to academia.

“When I was exploring options, I saw the UCF position had to do with the military, human performance, simulation, modeling and all the stuff I live and breathe – as well as helping the warfighter, which I hadn’t done in years,” Libutti said. “I wanted to be a big contributor toward that mission, and it got me really excited me about UCF, in addition to feeling ties to the community from having lived here and gone to school here as an undergraduate.”

Libutti acknowledged his newness to his position, and while it’s too early to consider quantifiable measures, he has an idea of what he’d like to accomplish as Tech Grove manager.

“It would be nice to make an impact and leave one day looking back and saying, ‘We were able to do this, and it provided that,’” Libutti said. “I’d like to have helped provide a better model for our soldiers to clear buildings with fewer casualties, fewer injuries and less destruction. Everything we do impacts people, and if we can make that impact positive, I’d call that a success.”

Since Libutti has taken over his new position, growing awareness of the Tech Grove has become his top priority.

“We need to make sure that all the relevant MS&T parties know that Tech Grove exists and what we can provide,” Libutti said. “The different services need to know that we’re here to provide a platform for them to present their challenges, gaps and roadblocks to collaborate and bounce ideas off of qualified people. We’re here to promote and grow those great, innovative ideas that increase human performance.”

Going forward, the Armed Forces Jam in early September is just one program that Libutti looks forward to developing further, and he said the Tech Grove would like to branch out to get more involved with NATO and international partners.

“We had great attendance and received great feedback with our first mixology event on the Metaverse recently,” Libutti said. “It was the first time we had chief technology officers from the military services, a UCF professor, and an industry partner, all sitting on stage talking about the Metaverse with their different viewpoints and research theories. The people in this community have a passion for things like this, and we’re fortunate to be in the Central Florida tech corridor where this stuff is happening.”

While most people outside the MS&T community would only see a bunch of people in a room talking, Libutti maintains that the benefits of discussions like those held during the Metaverse panel take time to incubate, but they bear substantial fruit.

“When those people leave the room, that’s when the greatness happens,” Libutti said. “They think about what just occurred, the wheels start turning, they call friends and colleagues in the MS&T space, and they share more refined ideas and questions. We know Tech Grove is becoming a space where ideas can grow inside and outside the physical walls.”