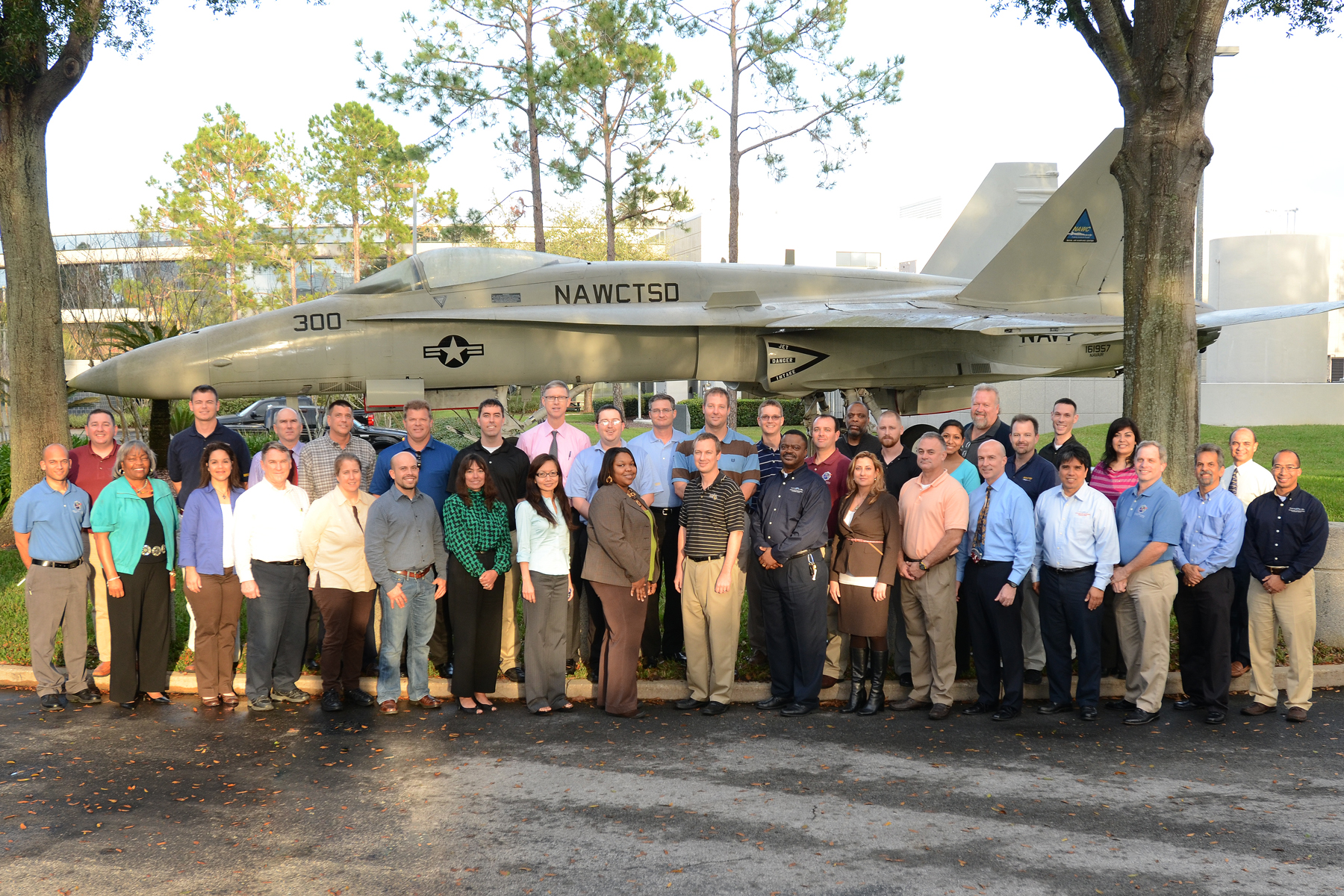 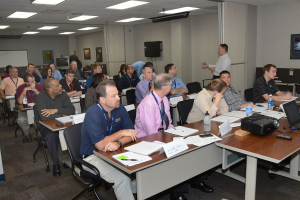 The Introduction to Aircraft and Systems Test and Evaluation Short Course provided a unique training opportunity for 32 engineers at Naval Air Warfare Center Training Systems Division (NAWCTSD) Orlando. These engineers gained insight into the test process as it applies to aircraft systems and how test and evaluation relates to system engineering and the acquisition of training systems. The United States Test Pilot School Airborne Systems Test and Research Support (ASTARS) test bed operated by Calspan exposed students to the test and evaluation methods and techniques to evaluate Navigation, Electro-optical and Radar systems.

The first step in gaining enrollment into the two week course was to pass a medical screening. This would ensure that those who participated would be safe under different flight conditions. After receiving their medical screening approvals, the engineers proceeded to begin their first week of intensive classroom instruction. During the first week of technical lectures, the groups were introduced to the aircraft systems/functionality, and disciplines of test planning and reporting necessary to plan and execute flight test, creating deficiency reports and techniques for conducting flight test and evaluation.

Part way through the first week of classroom lecture, the class was divided into five teams in preparation for developing test plans and cards to support the ground and flight test which took place at Patrick Air Force base, where the ASTARS aircraft conducted operations. During the second week the teams received a plane side brief and system ground evaluation. The safety briefing covered the aircraft and system operation along with a safety and emergency procedures familiarization. Teams were exposed to a controls lab and an on aircraft ground test systems evaluation.

On the flight day each team had a flight briefing that lasted about an hour and a half and covered safety, mission profile, maneuvers, and a technical brief of the test points to be collected for the system evaluation performed in flight. Once the required safety and technical briefings for the mission were completed the team departed for a three-hour sortie to capture test data.

This course, which is normally held at the Naval Air Systems Command (NAVAIR) headquarters located at Naval Air Station Patuxent River, MD, is an opportunity that is truly unique. This session was the first time the USN Test Pilot School took the training course to NAWCTSD Orlando.

“The integration of AIR 5.1 Test and Evaluation into the acquisition of training solutions continues to mature,” said Carl Lee, AIR 5.0 Test and Evaluation Site Lead at NAWCTSD. “Providing this world class training was a collaborative effort between AIR 4.6 and AIR 5.1. Engineers were exposed to aircraft systems and trained on the discipline of test planning and reporting. NAWCTSD remains committed to strengthening the test and evaluation knowledge, abilities, and skills of their engineers to ensure that the training solutions provide the required training capability for the Warfighter to conduct their mission. Bringing this training to Orlando yielded the Navy a thirty-five percent cost savings versus sending 32 engineers temporary duty to Patuxent River, an efficient use of precious training resources.”