Innovation and Military Leaders Discuss “Valley of Death” at I/ITSEC 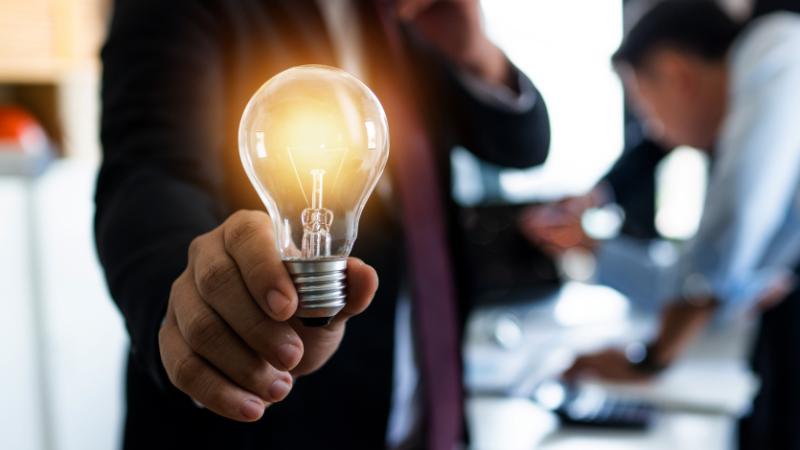 Senior leaders representing the military and industry participated in a panel discussion, “Accelerating Innovation to Bridge the Valley of Death,” on the third day of the Interservice/Industry Training, Simulation and Education Conference in Orlando, Florida, on Nov. 30, 2022.

In the acquisition community, the “Valley of Death” refers to the process of transitioning technologies and devices from the prototype stage, to the production stage, and into a final product in the warfighter’s hands. This journey from prototype to fielded product can be difficult, fraught with perils that can kill that idea before it can mature into a finished product, similar to a Hollywood movie that can “die in development” long before it even gets cast. If no government entity expresses interest in a particular technology or idea, time can pass, the project lingers, and that idea dies in the valley. The panel discussed the realities of this process and how organizations can bridge that valley with innovative solutions.

After initial introductions, Tempalski asked the panel, “What new technologies do you see having the potential to transform training?”

Geurts began the responses by quoting retired Navy Adm. Eric Olsen, “I don’t need the most advanced technology; I just need the most useful.” He went on to say that the fundamental impact artificial intelligence (AI) could have for the force would be to let personnel train faster and easier by simplifying things.

“Google Maps and Uber are tremendously complex apps but they’re super easy to use, and you don’t have to [study for months] to use them, but if you want to use any system we have, you need to go to a six-to-nine-month school,” Geurts said. “We also have to raise our digital competency and digital competitiveness [so we can] get to the point where it’s easy for us to absorb and adapt new technology. Sometimes, it’s about focusing on technologies that enable us to absorb stuff faster, not the next new thing.”

Pringle commented that efforts to improve training in the past were hindered by simulators and other devices that had to be centrally located and required a lot of equipment. She said that such technology needed to be more distributed, affordable and “at your fingertips” through smartphones or laptops.

“Ultimately what we want is the ability to train like you fight by doing mission rehearsals in a safer environment and challenge [service members’] cognitive abilities in scenarios,” Pringle said. “Any technology that makes doing that easier or more accessible is going to be a game changer.”

Pringle also noted that when she and Morris try to bridge the Valley of Death, they work together to build common standards for data, architectures and modeling.

“We’d encourage industry to look to those [areas] as ways they can accelerate their relevance to a military environment,” Pringle said. “But, when you adopt a common standard, it’s not as differentiating, so there’s a little tension when you’re fielding something at scale and you’re trying to be standard with differentiating at an early development level.”

Morris noted three things he considered especially important in regard to flexibility in adapting new technologies.

“Digital engineering and model-based engineering, combined with agile software development, combined with open, modular system architectures and standards is the key,” Morris said. “When you combine those three things together, and government and industry move together, we are incredibly more flexible in our ability to use new technologies, either into a weapons system or into our ecosystem anywhere. Those things are absolutely critical.”

From a technology perspective, Morris also explained that augmented reality and virtual reality have tremendous opportunities to revolutionize how people do almost everything, not only in the training sphere, but across multiple venues.

Bedulla addressed the topic of how government can meet industry to increase collaboration and deploy operationally relevant new technologies, by saying that having a two-way dialogue about requirements is very important.

“To have more direction from the U.S. government in terms of problems you’re trying to solve [is helpful],” Bedulla said. “When you have a list of 14 technology priority areas, [industry asks], ‘Okay, what within AI needs to be addressed?’ and I think the DoD is doing a great job of that outreach. This is also a two-way street, and industry can help by showcasing their technology in a way that focuses on problem solving.”

Gates continued Bedulla’s thread on requirements, saying that focusing past requirements to overall problem sets that are shared across the services, not only helps meet the needs of the moment, but it can help in establishing systems that can progress as the requirements evolve.

Closer to the end the discussion, Morris said that the “Valley of Death” wasn’t necessarily a bad thing and offered a different perspective on the concept.

“The overall goal is to leverage technology faster to field capability for the warfighter,” Morris said. “The ‘Valley of Death,’ as we call it, serves a purpose, and that purpose is to go through an evaluation process to determine if a certain technology helps us solve a capability problem. In the Rapid Sustainment Office, we work with industry and frame those requirements in broader ways with ‘ability to’ statements. It something isn’t aligned with a statement consistent with ‘I need the ability to…,’ then we don’t pursue it.”