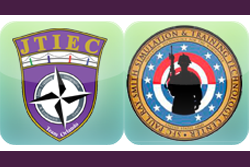 The training community for Modeling and Simulation receives a great deal of support and for more than 30 years there have been a lot of efforts focused on building computer simulations to teach our Warfighters critical skills, like how to shoot specific weapons or how to fly and maneuver specific aircraft. Complementing the computer simulations have been artificial and operational environments that afford these soldiers as realistic an experience of their jobs as possible.

But in the acquisition community, where people are charged with determining what kind of new equipment to purchase and details surrounding that equipment, there currently isn’t the kind of simulation support available as there is within the training community. It’s an area that has always been lacking, but one that is very difficult to address.

“With simulations, when you’re trying to come up with a design for a new aircraft or a new ship, for example, it’s a different set of problems than those associated with teaching a pilot how to fly an aircraft,” said Dr. Gary Allen, Project Manager at the Joint Training Integration and Evaluation Center (JTIEC) for OSD’s LVC Architecture Roadmap Implementation. “It’s not necessarily easier [Training], but we know about it and for instance, with skills, if we are going to teach a soldier how to shoot a weapon, we can identify the steps to learning the sequence, and then build simulation around that.”

In the acquisition arena, it’s a more challenging task because it has not been addressed as readily as other areas of simulation where the problem set is more defined. But, technology has gotten increasingly better over the years and as the capabilities have improved and the understanding of how different environments work, there seems to be a window of opportunity that could provide the kind of support to acquisition that the training community enjoys.

What Allen envisions, along with his project partners at the US Army Research Laboratory (ARL) Simulation and Training Technology Center (ARL STTC), is an acquisition tool that would combine the prototype work that each of them have developed.

“Just by happenstance, I had a project where we were using SOA (service-oriented architecture), the kind of capability like Amazon uses,” said Allen. “The team at STTC was working on another aspect of this same problem where they were trying to get from a layperson’s descriptions, what it is they have in mind, and then be able to translate that into a simulation environment.”

“If I take this part I’m working on and the part that they’re working on, and put them together, we might be able to develop a system the acquisition community could use,” said Allen. “So that’s where we are today. It’s a concept.”

The STTC’s complementary part of the project and the closest program to what they are envisioning is the Executable Architecture Systems Engineering (EASE) system. EASE is a cloud-based composable Modeling & Simulation (M&S) environment wherein complex simulation environments can be orchestrated per the users’ needs to conduct analyses, experimentation and technology trade-offs.

Scott Gallant, System Architect, Effective Applications, is a contractor for the STTC team working with Allen, and was the lead of the team that developed EASE. “Simulation, in general, is really hard,” said Gallant. “Within DoD, there are simulations built for many different reasons by many different people with different levels of funding. EASE was our answer in how best to bring all these things together.”

The challenge, Gallant noted, is having the ability to have all the pieces work together, so when changes are necessary, breaking down the original project isn’t as overwhelming, and the pieces are interchangeable because they do work together. “You want to bring the best of what’s out there together in one environment, so you take advantage of the fidelity but they all get to play together in one environment,” said Gallant.

“Both are prototypes and we’ve each had our own successes,” said Gallant. “Now we ask, how do we do the wedding and marry up these two projects to come up with this new capability?”

To continue moving forward, at the end of March, the two groups will take the next step and present their paper at the Simulation Interoperability Standards Organization’s (SISO) 2012 Spring Simulation MultiConference in Orlando. The plan is to gain interest and momentum heading into their paper presentation in July at a more engineering-oriented test and evaluation acquisition conference. Their hope is the concept will pique the interest of some and they will get funding to develop a combined prototype of a Concept Analysis Simulation Environment (CASE).

“Anytime you can leverage and do things together, reduce costs and have more resources, that’s a step in the right direction,” said Allen. “Ideally this would be used by the acquisition teams to help communicate their needs and ideas to the engineers building the systems.”