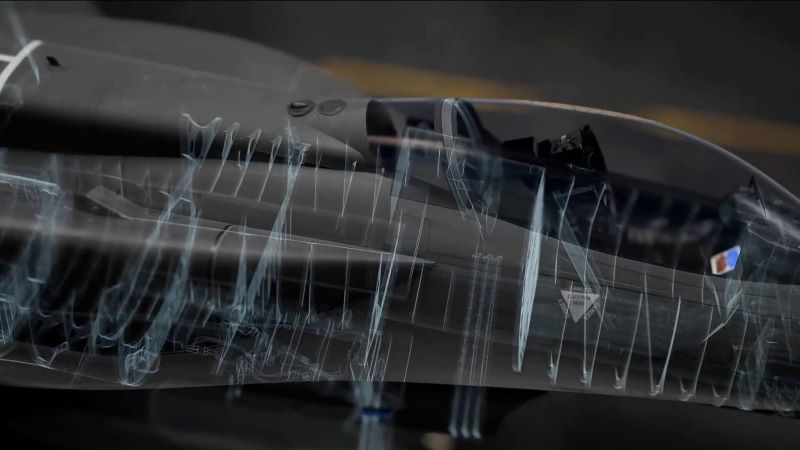 Lockheed Martin has a long history of innovation, including many firsts—the U-2, the world’s first spyplane in 1955; the Blackbird, the highest-flying, fastest aircraft of its time in 1962; and the Viking 1, the first spacecraft to successfully land on the surface of Mars in 1976. Nowadays, Lockheed Martin also provides a number of software-based solutions for both the aerospace industry and the general public such as immersive training, digital twins, and cybersecurity.

To stay ahead of the curve and offer best-in-breed products, Lockheed Martin has naturally gravitated towards promising new uses for technology. To this end, the company is currently engaged in long-term R&D efforts to create next-gen simulation solutions based on Unreal Engine.

“Unreal Engine allows us to leap ahead and focus on the things that we’re good at—like integrating avionics systems and creating immersive learning environments,” says Adam Breed, Strategic Technologies Architect at Lockheed Martin. “We don’t have to worry about the visualizations, or the architecture of the simulation environment. We can focus on the differentiators that Lockheed Martin brings to the table.”

Typically, Breed explains, immersive training for different physical areas requires multiple virtual environments, each isolated from one another. For example, a ground vehicle training device focuses on high-quality visuals from the ground perspective, but flight training requires a wider perspective of the landscape. The two types of training have always had to be developed differently because any one graphics engine could handle only one type of environment or the other, but not both. Now, he says, Lockheed Martin can do it all in Unreal Engine, and create a joint world.

This convergence of worlds goes beyond building a single multiple-use environment. “There are two key paths,” Breed says. “One is the platform-specific user, such as a person driving a vehicle or flying a plane. In these cases, we’ve always wanted higher fidelity and better visuals.” This, he says, correlates to a single-player game.

But there’s another side, for force-on-force coordination. “We need large-scale environments to train pilots and co-pilots in interactions with civilians, or how to manage large groups of operators, or how to interact with aerospace systems in general,” Breed continues.

This leads to what Breed refers to as a “tapestry” in a single environment, all living in Unreal Engine. Rather than having to bolt dozens of plugins to an OS with a disk or high-level architecture interface—and unavoidably losing some capability or fidelity along the way—the engine can handle all virtual instructor capabilities, such as triggering an action or reaction of another role player, and thus impacting all the role players in the scenario.

“Having everything in Unreal Engine hits the points we want to reach,” says Breed, “including the persistent nature, the scalability nature, and the collective training aspects of it as well.”

Breed is quick to stress that moving from multiple applications to a single platform isn’t a return to the monoblock, monolithic simulation applications of 30 years ago. While a monolithic architecture comes with many benefits, such as simplified processes and better performance, the open nature of Unreal Engine means that developers can also create individual pieces and swap them out as needed.

Breed states that having the advantage of both monolithic and open architecture means that Lockheed Martin can use either approach, or both, when creating a solution—and do it better, faster, and cheaper than ever before. “I think it’s the first instance where we can really leverage both sides of that coin and create a product that meets the customer’s needs either way,” he says.

Taking such an approach means that Lockheed Martin can also form more partnerships and leverage a lot more of the commercial industry than ever before. “Using Unreal Engine has made partnering and even workshare much easier,” Breed states, “because both teams can work in parallel and then join together, and still be confident it will work.”

Because Lockheed Martin recognizes that the aerospace industry is focused on stability, accuracy, and repeatability, the goal is not to throw out existing systems, but to retain what’s working and incrementally improve it. “We’re looking to do bits and pieces and enhance our systems as we progress,” says Breed. “And then, as time goes on, we’ll be able to simplify and enhance our systems further.

“We support systems that go on for decades—in fact, we’re still maintaining some systems from 10 years ago as well,” he says. “Unreal Engine is showing that maybe the old way of doing things can be enhanced by some new pieces.”

Staffing up for a new platform

Moving to a new platform tends to lead to staffing challenges, but with the foothold Unreal Engine has in colleges and the talent pipeline, Breed says he’s seeing candidates that come with a level of experience where they can instantly launch themselves into a role on the aerospace team. He cites this ease of staffing as one of the company’s key drivers in moving to Unreal Engine. “It’s great to be able to pull experienced people from the game development industry,” he says, “and give them the opportunity to make an impact in the aerospace world.”

The evolution and the diversity of the teams working in these programs is attracting a new community of developers and artists, and Breed feels a certain kinship with these new staff. While his family has a long history in the military—his brother and grandfathers have served—he always wanted to make games, but games with a purpose. He credits his skill at playing games, combined with experience in aerospace, for landing him where he is today.

“I think it’s the same attitude of a lot of people we’re seeing—they would love to make games, but they also want to make something that has a societal impact,” he says, “and this is a great way to accomplish it.”

Breed also notes the culture change that has come about as a result of hiring Unreal Engine developers at Lockheed Martin. “I think there’s a lot to be said about how fun it’s become in the aerospace industry,” he says, “in a large part, due to the adoption of game engines.”

“Artistry” isn’t a term that was much seen in the aerospace industry for a long time, but times have changed. “Our customers are expecting those next-generation visuals because the game industry has raised it to such a high level,” Breed says. “What’s really exciting is that we can find experienced game artists, and they can take it one level further and enhance it. And that allows us to make much more affordable solutions but much more realistic solutions. It’s the ecosystem that Unreal has put together that facilitates that in many ways.”

In the past, there was a gap between the quality of visuals in games and those in simulations due to the heavy data load carried by simulations. It was easy to make excuses for this gap a few years ago, Breed says, but not so now.

“I don’t think that excuse is there anymore,” he says. “The engines have matured in many ways—from the lighting systems to the physics to the special effects. That’s where that blend between engineering accuracy and photorealism becomes really tight.”

Not that art is the only part of the equation—Breed points out that C++ programmers are still needed to customize the engine’s code or work with GIS data—but skilled artists are equally important. “When those two come together,” he says, “you create a super-positive training experience.”

Beyond the polygons with Unreal Engine

For the aerospace industry, one of Unreal Engine’s key features is the ability to store data related to assets and incorporate AI to create a semantic environment that interacts with virtual sensors.

In the past, Breed says, a large-scale virtual globe was simply a 3D model with color, what he calls a “soup of polygons.” With Unreal Engine, his team is able to annotate any part of the model and even apply properties to materials—such as reflectivity and heat absorption—and incorporate this data into training products.

“You have a 3D road, but it’s not just a polygon,” Breed says. “It’s a road that has a speed limit, made up of different types of materials. It has road signs and traffic lights.” The team can feed this data to an AI system, he says, to create a highly realistic training experience.

But best of all, Breed says, is the ability to support diverse use cases. “It’s not just one-off solutions—we can collect and make a unified approach that was not possible before,” he says. “We can build things once, and share it across our 100,000-plus employee business. That makes us a lot more efficient.”

The opportunities that Unreal Engine opens up has Breed excited about the future of simulation training. The fact that core capabilities are already in place, that the engine can deliver unprecedented levels of realism in visual quality, its interoperability, customizable code, scalability, and the large talent pool available for hire—all combine to provide a platform that Lockheed Martin can use now, and in the future.

“The capability of the engine has gone so far, it solves the use case from the individual platform level to the space level,” he says. “It allows us to focus on the differentiators we want to work, rather than rebuilding something that Unreal has already perfected.”