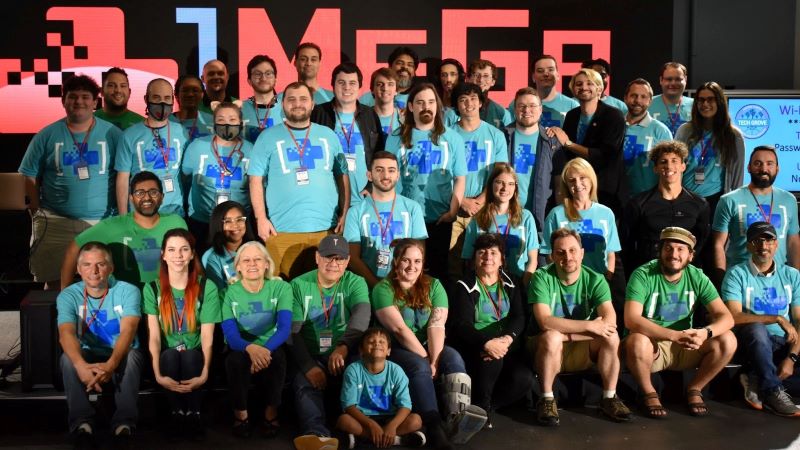 On June 24 and 25 at the Central Florida Tech Grove, the Indienomicon Foundation ran the MeGa Health Jam. Indienomicon has been running Game Jams since 2013, weekend-long exercises with game makers and developers with the intent to produce a working game in the space of a single weekend.  Indienomicon decided to partner with their neighbors in the healthcare industry to put on a Health Jam.

The goal of the Health Game Jams is to tackle some healthcare challenges, problems, and frustrations with gaming technology. “It could be a fun game, entertaining game, something to distract someone, or it could be something to help physical therapy,” said Kunal Patel, director at Indienomicon. “It could be any number of those things, but you’re using video games to do that and in 2018 – that’s what we did.”

After several hours of development and finishing touches, the games were completed and uploaded for the showcase. On the final day of the MeGa Health Jam,  a wide range of focus points were displayed among the individual teams, and no two projects were alike. Several developers who’d been working in teams also submitted additional side projects during the Game Jam as well.

The first place winner was Spiro, and according to the judges, Spiro achieved the goal of being a fun, playable game while having beneficial medical uses. Second place went to Super Health Heist and third was awarded to Virtual Wheelchair Simulator.  Outside of the general placing, there were bonus awards for the most entertaining game and the game with the best art, both of which were awarded to Insane Ambulance. 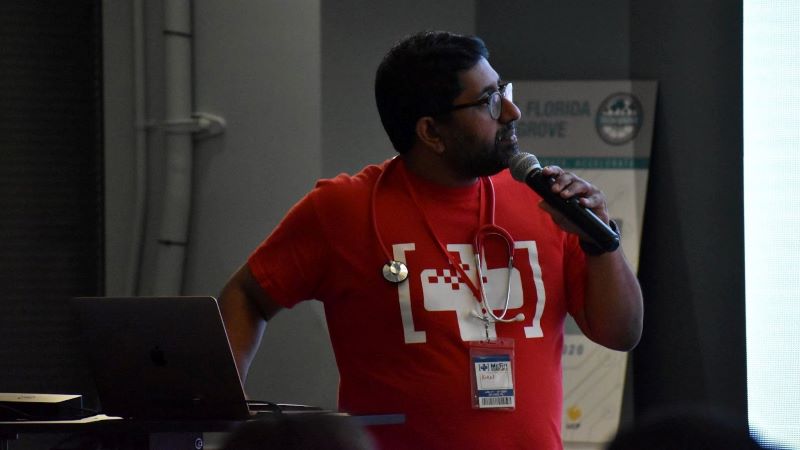 Though the Health Jam did take a brief hiatus due to the Covid-19 pandemic, Patel was eager to get the event running  again. “Healthcare is extremely important to all of us, you know? No matter where we are in life, it’s important and I think we can make a difference if we just try this. And if we fail at it, this is the place to do that. And if we come up with something that makes things better, that’s really important,” he said. 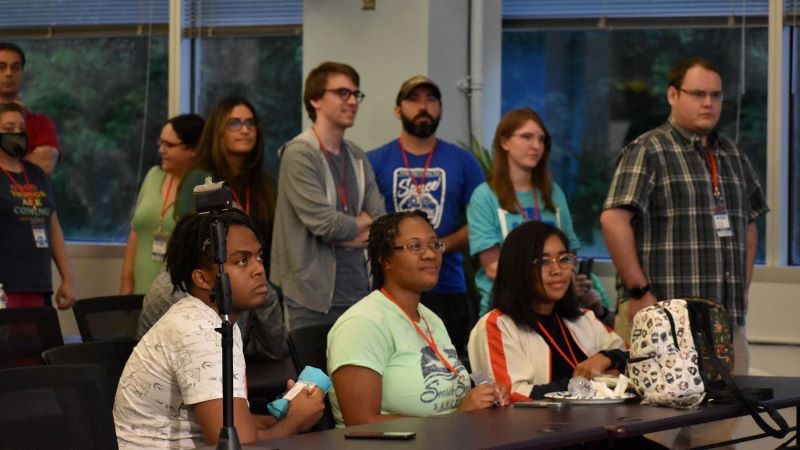 The developers in line to pitch their ideas

The developers this weekend had access to an assortment of technology including the Microsoft HoloLens, the TESLASUIT, Magic Leap headsets, the Maxpro Fitness, and much more. These tools are free for the developers to use as they see fit throughout the weekend. With that, individual developers were able to pitch their ideas, form teams, and begin the process of designing their games. 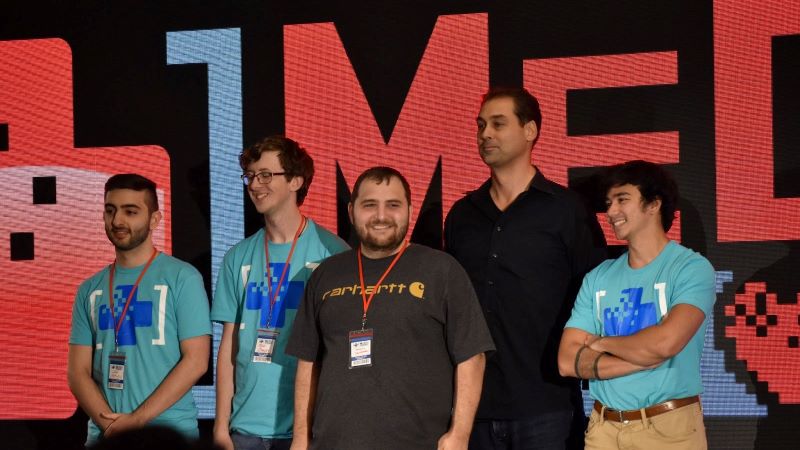 Team Spiro includes members Nick Rosaci, Noa Baggs, Jeremy Dandenean, Adam Kotler, and Joseph DeMartini. The team used a Wind Synth device to measure the exhalation output of the user to play breathing-based mini games. Using this device, the game guides players through exercises that can be used for respiratory therapy, scuba training, lamaze, easing anxiety attacks, and more using a handful of mini games. Ideally, if this game were to evolve, the team would continue to build out the game using a device that can track both inhalation and exhalation to better track the progress of patients. 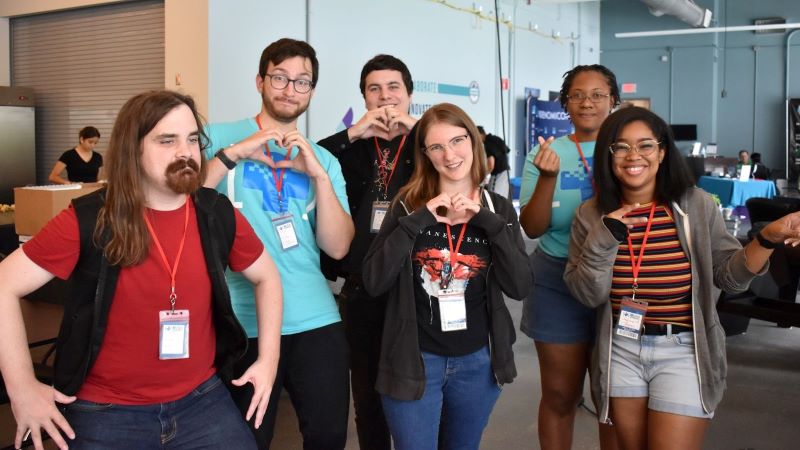 The members of Heart’s Ease were Zachary Mauldin, Hayley Fairbanks, Chris Kendrick, Tylor Roach, Jaquira “Quira” Darling, and Nick Noejovich. Heart’s Ease is a game themed around reducing stress and generating love. The game was built with Unity and uses mini games to reduce stress. One thing that the team was particularly excited about building is the mechanic to pet animals within the game. As players complete mini games, a “Heart’s Ease Meter” fills. The goal of the game is to fill the meter completely to achieve peace of mind. The team also put great effort into the 2D art style of the game. 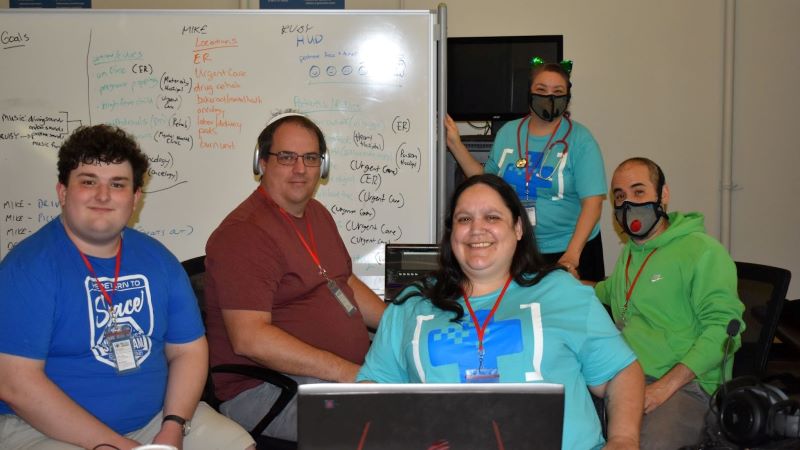 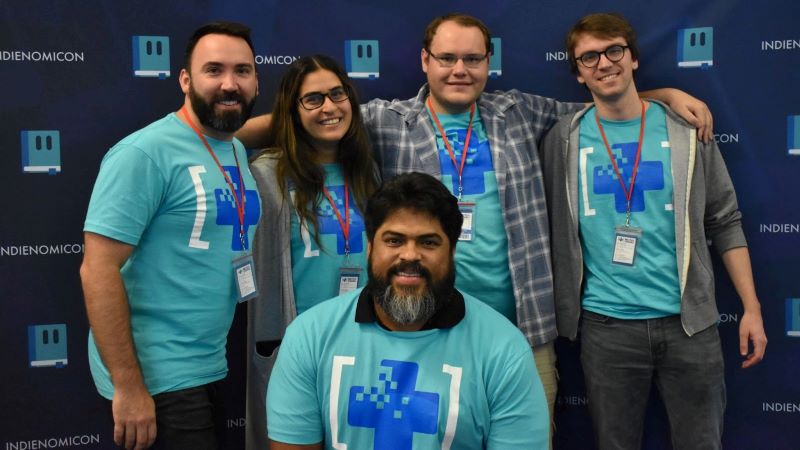 Virtual Wheelchair Simulator was built by Joshua Garriss, Juan Rivera, John Sermarini, Julia Galimidi, and Joseph Gallup, a team focused on bringing awareness to access issues for wheelchair users. This group has participated in multiple Indienomicon events, and this is their third VR game they’ve built in a Game Jam. The biggest challenge they’ve faced was programming the locomotion for VR and making the movement feel natural. 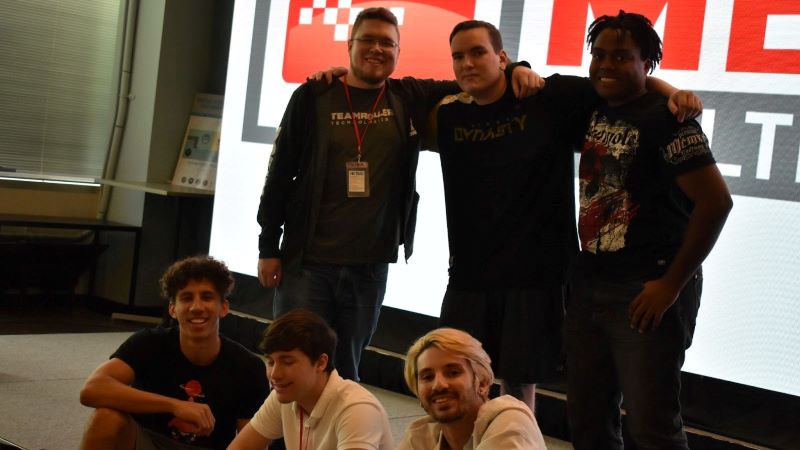 The Super Health Heist team is the largest team at MeGa Health Jam this year, consisting of Trey Atwood, Angel Rodriguez Lozada, Colby Breitenbach, Ethan Constant, Jonathan Montague, Austin Pinzon, and Michael Fiorello, who is attended the event virtually. Super Health Heist is the only team using the TESLASUIT, which provides motion tracking as well as haptic feedback. The player completes a number of body exercises and poses to complete puzzles in order to break into a safe that contains the secret to ideal health. The team built the game in Unity and uses both the TESLASUIT and the Oculus Quest. 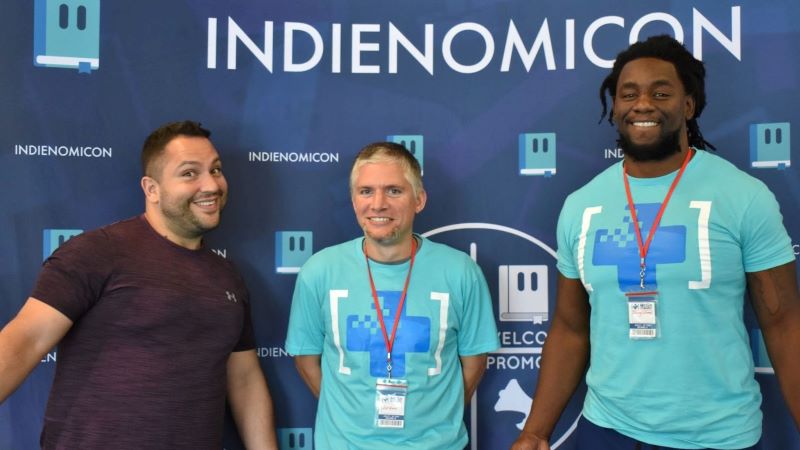 SCACE, led by Johnny Williams, also includes Moody Mattan, Jordan Dauble, and Max Siu. It’s a racing game akin to Mario Kart but in the clouds. SCACE has the player as a balloon moving through the sky and hitting power boosts to increase speed. The game is VR compatible and uses the Maxpro Fitness to control the balloon. 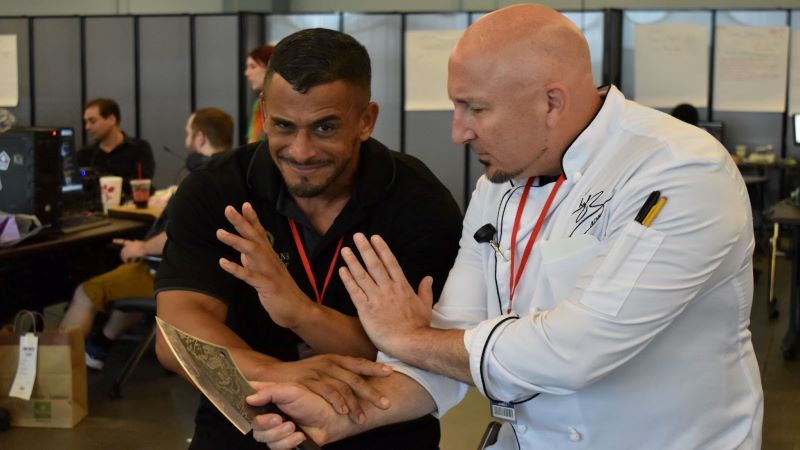 Family Flavors, a Pokemon Go inspired app,  is designed to help families form safe, healthy eating habits. The team has two members:  Brian Robinson and Javier Agosto. The app allows users to scan barcodes at the supermarket or the menu in a restaurant to see the benefits and details of the food in question. This app uses animated characters to describe the pros and cons of certain meal choices to kids as well as alert users to allergens that may not be listed on the food label.

All of the teams did a fantastic job this weekend, and the next Indienomicon Game Jam will be the Armed Forces Jam from September 9th to 11th this year.