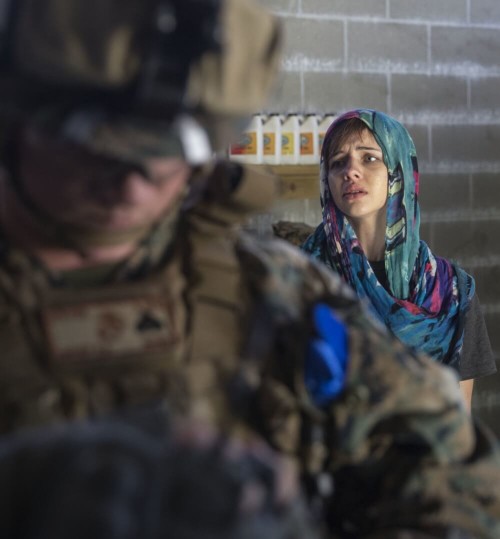 Squad Overmatch is in the developmental stages and is currently focused on fine-tuning the interactive instructor training web application. The application supplements in training the trainers.

Rob Wolf, the Squad Overmatch project director, says the program takes what would normally be several weeks of pre-deployment training and compacts it into multiple one-hour knowledge-dense courses.

“Squad Overmatch is a training methodology that compresses multiple curriculums to help Marines improve their individual performance, team performance, and win and survive and thrive in complex and high-stress environments,” Wolf said. “Exercises start with road to war planning, operations orders, mission execution, all the way through casualty evacuation. Each mission ends with an integrated after-action review focused on team self-correction led by the platoon commander.”

While the Squad Overmatch program is in the developmental stages, the team created it with an online application to build instructors. Service members who participate in the course will be trained as Squad Overmatch trainers. They can then bring their knowledge back to their units and teach those who have not yet taken the course.

The students started out in a classroom where they learned specific tactical, leadership, and lifesaving skills for two days. Their cognitive skills were then put to the test on a computer-based interactive mission.

The idea for Squad Overmatch formed when a combat medic witnessed lives being lost and realized that the casualty response system needed to be changed.

“Over twenty percent of the casualties during Operation Enduring Freedom and Operation Iraqi Freedom were potentially survivable,” Wolf said. “If we had better first responder care, we’d be able to go ahead and save

[thousands of] lives that were lost.”

The main goal of the training is to improve mission readiness and reduce combat stressors by immersion into realistic environments. Squad Overmatch provided the students with real-life perspectives and encouraged them to teach their fellow Marines the skills they acquired.

“All the Marines were able to learn their skills as instructors and from there they taught their own classes on each category,” said 2nd Lt. Alec Lippmann, platoon commander with the unit. “It was incredible because they went from knowing nothing, to being subject-matter experts.”

Lippmann said the training reinforced unit cohesion through inducing stress and allowing them to learn how to react to stressful situations as a team. About 150 Marines have already run through the training. By creating more prepared warriors, Squad Overmatch hopes to save more lives on the battlefield than ever before.

“After seeing my Marines work through the missions, I feel really proud of them. They’ve accomplished something that they’ve put their lives into, and that makes me glad to see that they care so much,” said Lippmann. “My favorite part of the training and watching the team grow was seeing them interact with each other, and seeing them become a team of experts transformed into an expert team.”