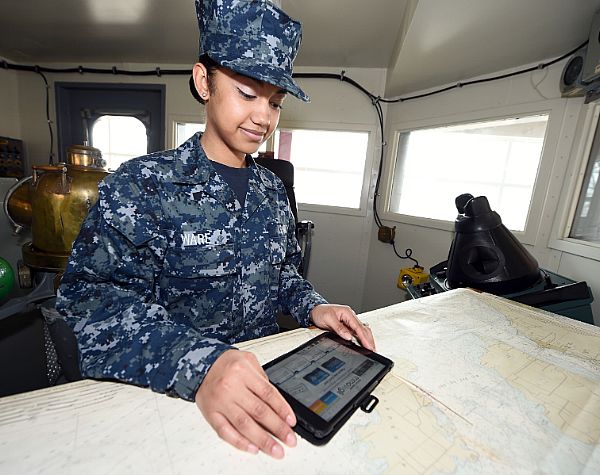 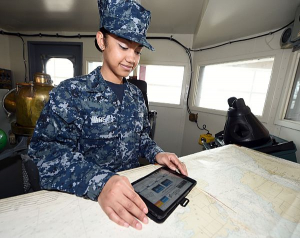 The Naval Air Warfare Center Training System Division (NAWCTSD) is front and center as part of a new program that started out as a group of independent initiatives aimed at modernizing the personnel system. Sailor 2025 is a transformational Navy training initiative focused on optimizing a Sailor’s on-the-job performance across their careers in an efficient and cost effective manner. It’s focused on three areas: modernizing the entire personnel system, updating the training process, and enriching Navy culture.

The area in which NAWCTSD is involved focuses on the second pillar for modernizing the training process, and the group of initiatives called ready, relevant learning. It’s about getting the right training to the right Sailor at the right time.

“When we talk about training in the Navy, there’s a lot of training that occurs, and what people tend to think of is, operational training or general military training,” said Rob Matthews, deputy technical director at NAWCTSD. “But training that’s often been overlooked by the Navy, although we apply resources to it, is how we train our Sailors who maintain our systems and operate some of those systems. NAWCTSD’s involvement in the Sailor 2025 initiative will focus on the enlisted Sailor and providing their training in a more modernized fashion.”

The CNP and Strategic Innovation Group (SIG) studied the Navy’s 78 ratings, or specialties, and based on a number of factors, as well as trying to touch a variety of communities, came up with the initial six pilots for modernization in FY 2017. Beginning in FY 2018, the Navy will target a minimum of 15 ratings per year. Because of NAWCTSD’s expertise, they will potentially be involved in the future ratings.

“All of these ratings have a varying amount of training that must be completed,” said Matthews. “Sailors go to boot camp, then depending on the rating of their job, they might have two weeks of school, or a year or more of school. Naval Education Training Center is taking a hard look at what is necessary now, and what can be pushed out to the waterfront for Sailors to use at a more appropriate time in their tour.”

Once they make those decisions, NAWCTSD’s role will be to figure out for those first six pilot ratings how they can best modernize that solution.

“No longer will our Sailors have to go back to the schoolhouse to get that two or three weeks of training; it may be delivered through an iPad, or through on-the-job training, or because the job is done so infrequently, a simple job aid may suffice,” Matthews explained We’re going to be looking at the different modernized delivery methods that we can provide training through.”

One of the main reasons why NAWCTSD was asked to help in this initiative is due to the science of learning that their researchers and instructional systems development experts bring to the table. “Anyone can take curriculum and deliver it on an iPad, but we need to ensure the proper information is being learned at that point, and that the transfer is also occurring,” Matthews explained.

Matthews said that as time evolves, the Navy is also going to introduce intelligent tutoring concepts. “The delivery method of the solutions is multi-mode. We know that people learn in different fashions, so if I have a Sailor who learns better by reading a book versus seeing a video versus hands-on learning, we need to prepare for that and provide the process that allows people to understand what type of training that individual needs.”

Part of that understanding will be ensuring the Navy has prepared the trainers by providing them proper training. “The Navy does a pretty good job of teaching our instructors, but we’re excited to bring in our Team Orlando partners, such as the University of Central Florida and their expertise, to learn how we might do it even better.”

With regard to industry partners, Matthews feels this effort will not be the traditional acquisition program that folks are used to seeing with NAWCTSD. It will be a heavily content-related effort that will include modernized delivery solutions.

“I think it might be a greater opportunity for what would be viewed as typical commercial industry partners rather than our normal purely defense industry partners; not to say there won’t be opportunities for defense industry, but there’s needed technology and expertise they don’t typically bring to the table,” Matthews noted. “The anticipation is a lot more teaming because of the numerous aspects that need to be integrated into the program.”

One of the key aspects will be the data analytics that go with it. “We don’t want to just teach our Sailors; we want to find out information about how they’re learning,” Matthews said. “We want to analyze that data to see how we can improve it and understand the trends.”

“The number one goal is readiness,” Matthews reiterated. “We’re supporting the executive agent for this program, Fleet Forces Command and the Chief of Naval Personnel (N1), and improving our readiness to the fleet. If we save money, that’s an added benefit.”