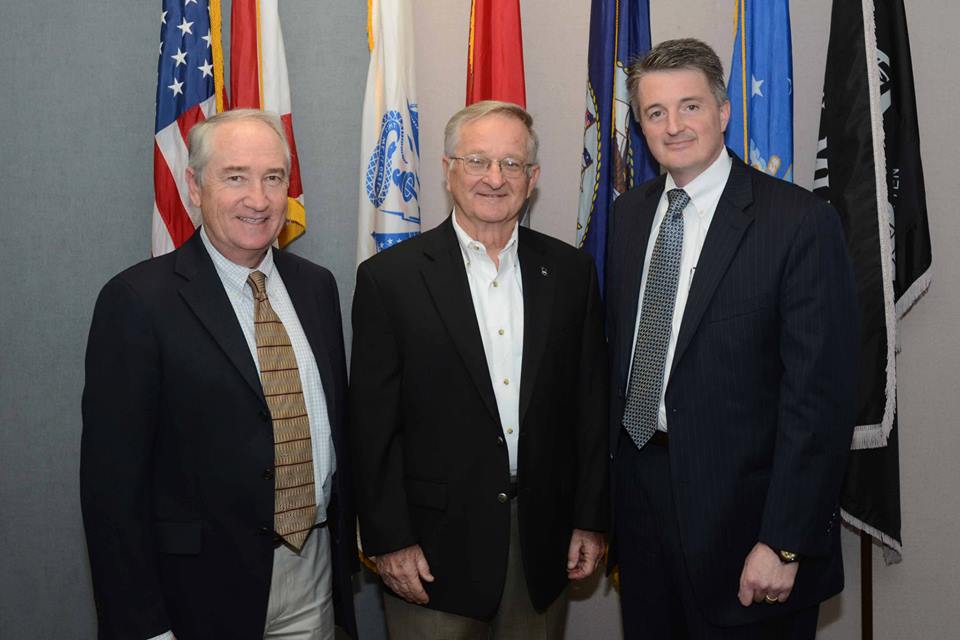 One of the highlights of Science and Engineering week at NAWCTSD was an Executive Panel discussion featuring the former and current senior civilian executive leaders of the organization. Former Executive Director Hank Okraski and Ray Malatino joined current Technical Director John Meyers to discuss the importance of promoting Science, Technology, Engineering and Math education. 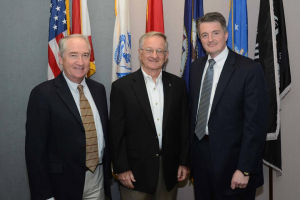 The panel discussion was an opportunity for many who attended the event to reminisce about the past accomplishments of NAWCTSD. Maynard Zettler, NAWCTSD’s Director of Research and Engineering worked for each of the executives during his career and introduced the panelists before they addressed attendees. “I’m proud that NAWCTSD had such high caliber professionals as our civilian leaders. Further, I’m fortunate and proud to have been able to work directly with both Mr. Okraski and Mr. Malatino. Both gentlemen walked the talk of showing respect and pride for our workforce and what we do every day to support our Nations Warfighters,” said Zettler.

“It’s good to be home,” said former Executive Director Hank Okraski when addressing the audience. The former executive director’s presentation focused on the importance of education. He challenged the workforce to continue to reach out to students as mentors. He also shared his thoughts about the direction college curricula were going for students interested in pursuing a degree in modeling and simulation.

There was a unified message from all senior executive presenters which focused on encouraging those in attendance to remain persistence in mentoring and community engagement. Ray Malatino who also worked at NAWCTSD as an executive director, gave advice to supervisors and mentors in attendance on different ways to engage the individuals who they influence. “Move people out of the box. Move people out of their comfort zones so they can grow. Before you retire, mentor a lot of people and look to join professional organizations,” Malatino said.

NAWCTSD’s current Technical Director, John Meyers thanked the former Senior Executives for attending the event and their efforts in promoting Science and Engineering week at the organization. Meyers also spoke about the current role the organization is taking in their community engagement efforts. “My father was a steel worker and he built things for America. That’s what we’re doing at NAWCTSD, by going out to the local schools and serving as mentors, we are building the future of our nation,” he said.

After their presentations, the panelist took questions from the workforce.