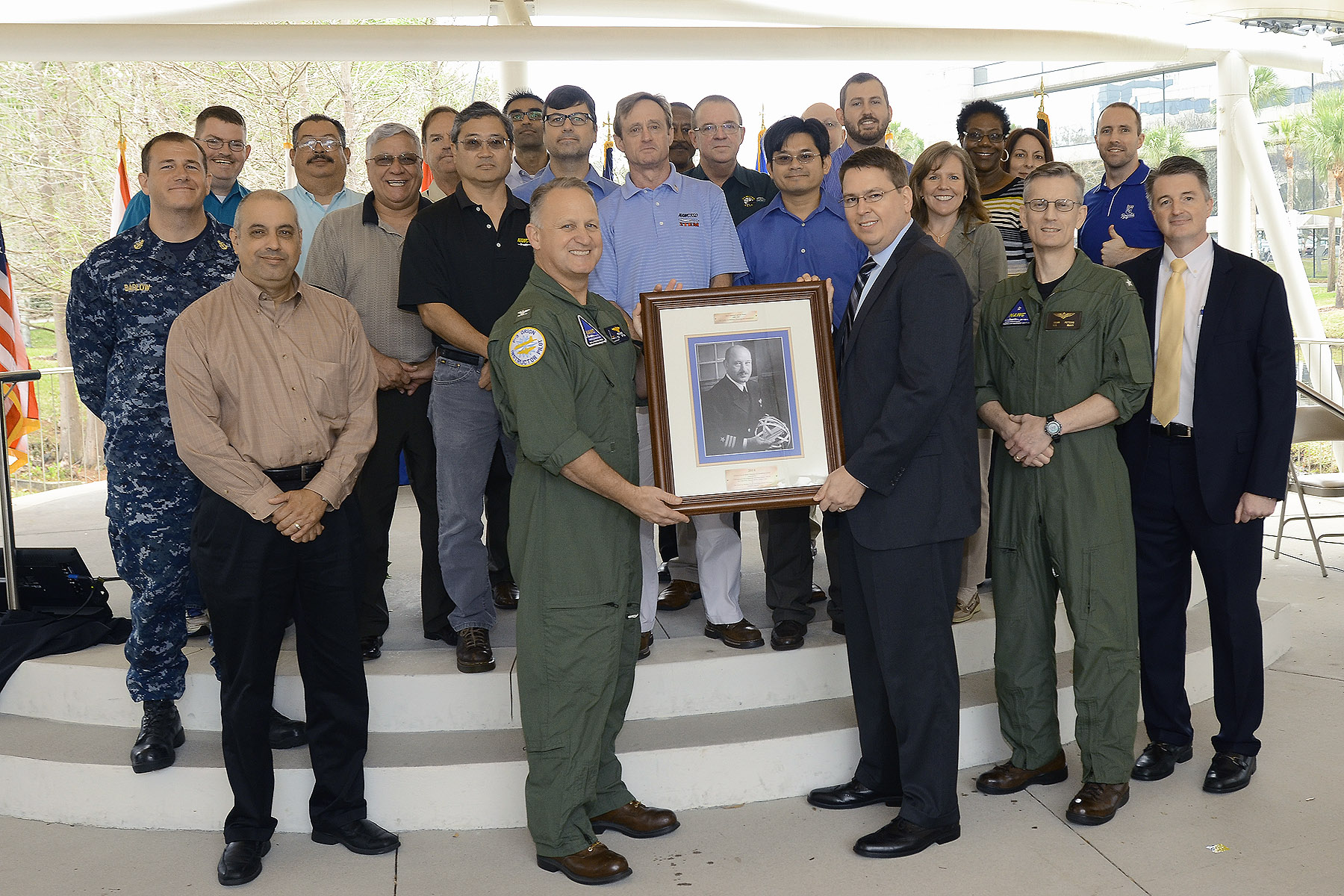 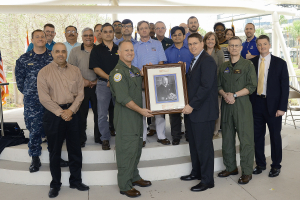 This year, there were 52 nominations, representing a broad spectrum of programs and exemplifying the dedication, innovative spirit, and drive for results that enable NAVAIR to accomplish its mission effectively on behalf of the warfighters, said Command Career Counselor Michael Sekeet.

NAVAIR Commander Vice Adm. David Dunaway congratulated the winners on their innovative spirit and willingness to go above and beyond the status quo. “This organization is an innovative organization,” he said. “We are celebrating the great opportunities and great times that make NAVAIR what it is.” He cited some of NAVAIR’s fiscal year 2014 deliveries, including 193 new aircraft, more than 21,000 missiles/bombs and three unmanned air vehicles, among many others, in a year mired in difficulties, such as a furlough and budget cuts.

Employing commercial-off-the-shelf computer hardware running a commercial, physics-based gaming engine, the team, led by David Thomas, replicated the details of an actual VIRGINIA-class submarine to the smallest detail. This trainer provides a realistic training capability surpassed only by an actual shipboard system. The team developed the trainer in just one year and installed it at a cost of less than 10 percent of a shipboard system. Submarine squadron staffs already use the system to certify crew proficiency before development.