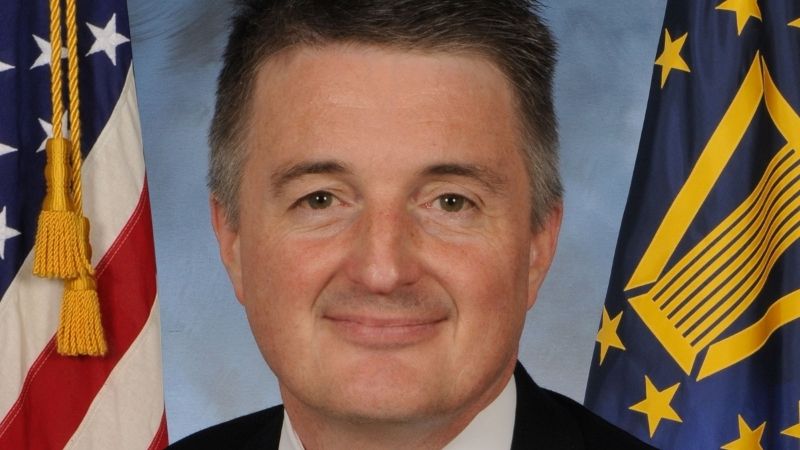 John Meyers, the son and grandson of steel workers, grew up in Pittsburgh and thought his destiny was to follow in their footsteps. “That was the tradition and what I was looking forward to do,” he said. But it didn’t work out that way, because his junior year in high school, the steel mills closed and after 28 years of work in the mills, his father lost his job.

“The stores closed, the town shut down, it was depressing,” Meyers explained. “People just left their homes to look for work.”

Meyers’ dad had a strong work ethic and had instilled the same in him, his brother and sister, teaching them there was opportunity in everything. As his dad looked for other employment, he took on a lot of odd jobs and Meyers began to tag along, helping him in various construction jobs, whether that was painting or replacing a hot water heater. Meyers really took a liking to ‘building things’ and found he had a knack for it.

As if his dad had mapped out his future based on the family mantra “there was opportunity in everything,” Meyers took advantage of grants and loans available to steel workers’ children, and decided to attend Penn State, where he earned his Bachelors of Science in Engineering Science and Mechanics in 1990, as a co-op student and project engineer with the Naval Air Development Center in Warminster, Pa. He stayed at State College and in1992, earned his Masters of Science in Mechanical Engineering.

As a Pittsburgh native, Meyers grew up a Steelers’ fan, as well as a Penguins’ and Pirates’ fan, and thought he was pretty ‘lucky’ to be able to go to Penn State. “My dad and my grandfather worked really hard and were put in some dangerous situations in the mills,” said Meyers. “It’s probably a good thing I didn’t have to do that.”

Meyers is the new Technical Director for the Naval Air Warfare Center Training Division and Director for the Human Systems Department, serving this dual role as the senior civilian for training systems and the technical authority for human systems for Naval Aviation.

The Humans Systems area, which Meyers explained is basically anything that the human touches or whatever touches the human, is an area he truly enjoys. In 1996, he was assigned as the tri-service team lead for the Aircrew Integrated Recover Survival Armor Vest and Equipment (AIRSAVE) program, where he delivered more than 20,000 Army, Navy, and Marine Corps systems and received a patent for his work.

“Human Systems is a lot of fun, very creative and one the most important systems,” said Meyers. “We’re working on programs that are affecting safety, survivability, human integration and training, touching the fleet directly.”

Training systems consists of a broad spectrum of solutions spanning classroom training, courseware, online deliveries, embedded modes in weapon systems, and high end simulators, where all pieces are system engineered to complement each other for a comprehensive platform wide solution. “There is a very systematic and rigorous process to make sure that when we develop, design and deliver these training systems, they provide effective and suitable training without negative training,” Meyers said.

There is a huge emphasis by NAVAIR, all the way up to Vice Admiral David Dunaway, to focus on the training optimization effort, and to find the ‘sweet spot’ to determine how much training can be done in the training realm versus actual flight time. It is well documented and accepted that no matter the cost, there must be actual flight time to ensure effective training, but is the current minimum enough time? Is more or less needed?

“It’s a great time to be in training systems because there are exciting technologies being developed, tremendous opportunities, and a lot of visibility at high levels,” Meyers explained. “This is the future of the Navy in all areas.”

In his other role as NAWCTSD’s Technical Director, Meyers is the senior civilian for NAWCTSD and works closely with the Commanding Officer in running the business side of NAWCTSD.

Following his move in 1996 from the Naval Air Development Center in Warminster, Pa., to the Naval Air Warfare Center in Patuxent River, Md., where he met and married his wife, Meyers was selected into the Senior Executive Management Development Program in 2001 and received the Safety and Flight Equipment Dan McCauley Award in 2002 for recognition of outstanding contributions in the field of Aviation Safety and Survival Systems.

In 2003, he led the MA-16 Inertia Reel team which integrated a safety related restraint system upgrade into numerous aircraft earning his team the Area Commander’s Award for their efforts. And in 2008, Meyers was assigned as the Chief Engineer to the Naval Aviation Training Systems Program Management Office (PMA-205), responsible for 400 engineers and $1B of naval aviation training systems products. He received the PMA-205 Warfighter Focus Award for his efforts.

Finally, Meyers became the Deputy Director for the Human Systems Department in 2012 where he was responsible for staffing, business planning and financial oversight of crew systems technologies for the Department, and held that position until July 2013, when he was selected for his current assignment.

As he makes Orlando his new home, along with his wife and 9-year-old son, he’s letting the ‘dust settle’ on the move, and looking forward to getting started on building his new home. His number one hobby is ‘building things’ and he said his last house was built 15-years-ago, but for him, it was a never-ending zone of upgrades and additions, adding that hands-on building is truly a passion for him.

But for now, he’s getting acclimated to Orlando and his new role at NAWCTSD. “I feel like I’m the voice of the organization, so I just want to do justice to the folks here,” said Meyers. “They’ve recently received two phenomenal awards [Orlando Sentinel’s Top 100 Companies and the Sloan Award] based on all their hard work, and my job is to support them because they’re the ones doing all the hard stuff. I’m just here to be that voice for them.”

[Orlando Sentinel’s Top 100 Companies and the Sloan Award] based on all their hard work, and my job is to support them because they’re the ones doing all the hard stuff. I’m just here to be that voice for them.”