NAWCTSD’s XO Hill: We cannot do anything by ourselves

Home » NAWCTSD’s XO Hill: We cannot do anything by ourselves 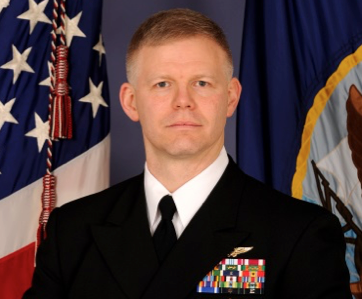 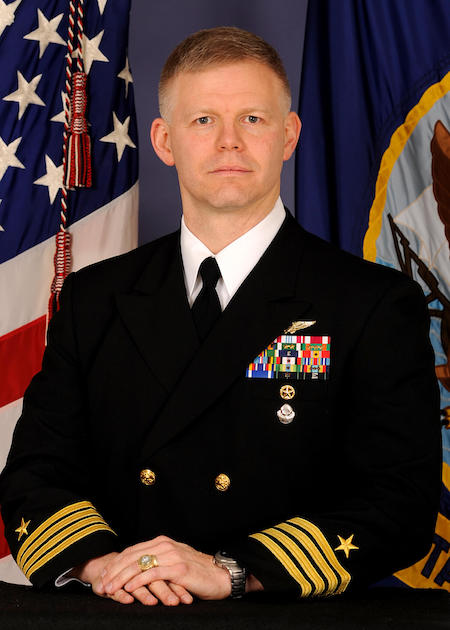 Hill grew up in the small town of Owensboro, Kentucky — a city he joked was “near itself,” but actually sits in the northwest corner of the state across the river from Indiana. He was an academically strong student-athlete with intentions of attending college, but it wasn’t a family tradition or his lifelong dream to fly that made him decide to serve his country. As the son of a single mother, it came down to simple economics.

One day during a conversation with a track teammate, the idea of a Service or an ROTC scholarship was planted when the teammate shared he had aspirations to attend the Air Force Academy. As it turned out, another teammate had an older brother who was at the United States Naval Academy. The pieces started to fall into place.

Hill made up his mind to seek a Service scholarship, but had a backup plan to apply for an ROTC scholarship as well. He began his research, and it was the Navy that held a favored spot for him.

“I thought, ‘what if things don’t work out and I don’t get to fly, what else is there?’” he said. “The Navy, as you know, has a pretty broad spectrum of opportunities, everything from the Marine Corps, to flying, to submarines. So I only applied to the Naval Academy, and was fortunate enough to get nominations early on.” As fate would play out, Hill was notified of his acceptance to the Academy before he was notified that he was also being offered an ROTC scholarship for which he was originally told he was an alternate.

Acceptance to the U.S. Navy Academy was a great accomplishment on many levels, but it was now official: he would be the first generation from his family to attend college, and just a few years later, his sister would do the same.

Although he had relatives who served — his grandfather and uncle were both drafted for World War II and Vietnam, respectively, and his other grandfather was drafted and served in the Navy in WWII — his family never talked about the military stories.

“I came home from school one weekend dressed in my uniform and my great aunt almost fell over,” he said. “Her sister told me that she must have thought I was Bud. Who was Bud?”

Hill learned that Bud was a WWII Navy fighter pilot that his great aunt had met during her time serving as a nurse, part of The Angels of Bataan who were stationed in the Philippines. They kindled up a relationship and planned to be married but then he was killed in action. “I had no idea that he existed and just tripped across this neat little piece of family history after the fact,” said Hill.

Hill’s biois quite extensive and varied, and he said that all of his assignments had great elements that he enjoyed, but the one he calls his “favorite” was his Squadron Command VFA-32 tour in Virginia Beach, where he assumed command in July 2010 after reporting there in 2009.

“This was an opportunity to lead a big, independent unit where I was responsible for those folks,” Hill explained. “I did have a boss — everybody has a boss — but you’re an independent unit as opposed to a portion of a unit. It’s an unknowingly stressful job; you don’t realize how stressed you are while you’re doing it. But, the amount of impact on people and things is pretty amazing.”

As Hill is coming up on his first full year, he came into his role with some personal goals in mind. Ignited by the time he spent as part of the F35 program office and living through the press drawn by that program — both deserved and undeserved, he noted — and then the two years prior to coming to NAWCTSD in program management, he really values the notion of critical thinking.

“It’s about asking why and not just doing things the way we’ve always done it,” Hill explained. “And with an eye toward that being a way to get the right things out to the fleet more quickly, I’m really passionate about that. Sometimes we see things taking much longer than they need to take because we — internal to the department — do it to ourselves or we’re not communicating well enough with our industry partners.

“Anything we can do to get through that and be more efficient about getting things out to our fleet, I’m hugely passionate about that.”

That’s not his only passion. Hill is a very proud dad of two daughters who have fallen in love with competitive ice skating. And these days, he says his hobbies mostly focus on attending and supporting activities around an ice rink.

“I don’t have a lot of free time or time at home, so if I’m home, I want to be with those kids and having an impact in their lives,” he said. “I’m just trying to be a good dad. I do take pride that I have yet to miss a competition (he knocks on wood desk) for either of the girls. But there’s a lot of careful planning to make that happen!”

Hill said that his family is settled and liking Orlando, and it’s especially nice for his wife, who is a native Floridian, originally from Jacksonville, to have the opportunity to be back “home.”

Regarding his Navy family and their mission, Hill said that the biggest thing he’s learned by doing and watching is that the communications they (the government) have with the industry team is paramount.

“We cannot do anything by ourselves,” he said. “We facilitate them doing things and getting product to the fleet.

“It’s been amazingly refreshing to get here and see how tight we are in communicating, whether informal visits, or at I/ITSEC or the PALT. The dialogue is there. That’s not to say that we don’t ever have places where our communications get mixed up, but it is so much less here, and I think it’s because of the environment we’ve created over time.”