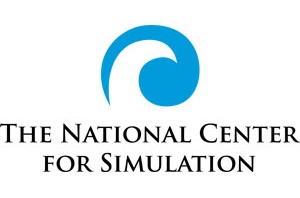 The National Center for Simulation held its fall election for four seats on its board of directors. Three of the four seats were filled with directors currently serving: Steve Painter, Hank Okraski and Terry Kohl; while one director, Dr. Lee Lacy, was newly elected.

Lacy is no stranger to the NCS board; he has been involved with NCS since its early days and served for many years on the board of directors in a variety of roles, including chairman. Lacy said that he believes the board should be primarily populated by MS&T practitioners that understand the technology, industry, and needs of NCS members.

“Board members help guide NCS’s pivotal role in helping preserve the economic engine that has resulted from the close collaboration of Team Orlando and NCS’s corporate and academic members,” Lacy said. “My understanding of MS&T technology, professional relationships with NCS members, and experience on the board can help continue NCS’s success.

Painter, who is currently serving as the chairman of the board, has been on the board since 2007. Currently he is the manager for business development at Sparton Corporation where he is responsible for aligning internal and external Research & Development (R&D) activities toward the development of new and improved Naval Anti-Submarine Warfare (ASW) sonobuoys and underwater payload delivery systems for Unmanned Undersea, Surface, and Air Vehicles (UUV, USV, and UAV).

Okraski has over fifty years of experience in simulation and training research, acquisition and logistic support for the U.S. Navy, Marine Corps, Army, Air Force, non-DoD agencies and foreign governments, and currently is the NCS chairman for the education and workforce development committee. He has been active in developing professional certification and academic programs to foster simulation technology in K-12, community colleges and universities, and most recently spearheaded the efforts for the State of Florida high school M&S curriculum that is now available to high school and technical school students nationwide.

Rounding out the group is returning BOD member, Terry Kohl. She is the manager of business development for Leidos Modeling, Simulation and Training (MS&T) division in Orlando. In her position at Leidos, she is responsible for leading the implementation of MS&T’s business development activities.

Kohl said, “With over 30 years of defense experience, the majority of which were in senior leadership positions, I offer the NCS board a combination of insight and experience that will enable the organization to continue growing and excelling in their outreach mission. My experience will directly contribute to facilitating the link among the defense industry, government, and academia on behalf of the entire MS&T community, and I am committed to applying my expertise and giving back to our MS&T association.” 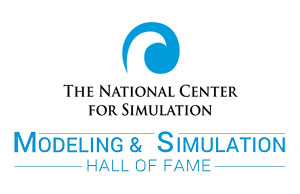 There’s still some time left to recommend someone for the 2017 class of the National Center for Simulation Modeling & Simulation Hall of Fame. The NCS M&S Hall of Fame began in 2014 in partnership with Orange County Government, including the Office of Mayor Teresa Jacobs and the Orange County Convention Center. The M&S Hall of Fame honors and recognizes the accomplishments and contributions of individuals who have pioneered the development of modeling and simulation over the past 100 years.

Each year, an induction ceremony is held at the OCCC, South Concourse, the home of the NCS Modeling and Simulation Wall of Fame.

A nominee’s field or area of achievement is not limited only to defense. Significant contributions in other areas (e.g. medical/healthcare, technology, entertainment, transportation, education, homeland security, gaming, and other areas) will also be considered.