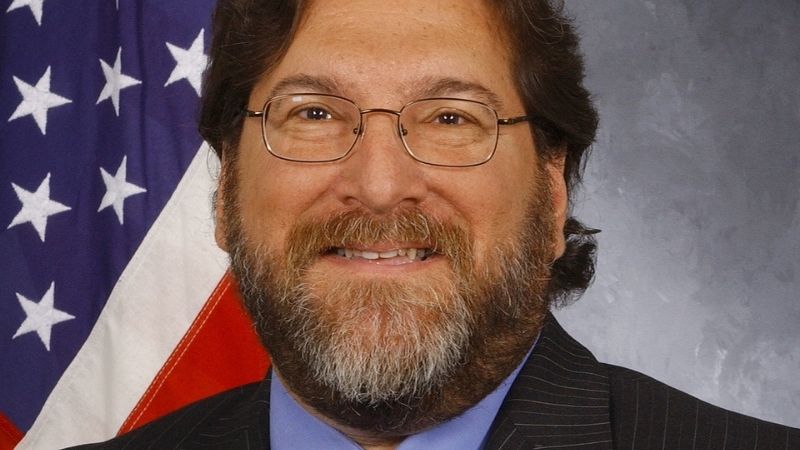 Naval Air Warfare Center Training System Division’s David Kotick was recently selected for induction into the Florida Inventors Hall of Fame, making this his second Hall of Fame selection. In June 2017, the National Center for Simulation inducted Kotick into its Modeling & Simulation Hall of Fame, recognizing his leadership and technical contributions in the field of digital communications that enabled interoperability across Live, Virtual, and Constructive (LVC) simulation and training environments. His vision and pioneering work as the principal modeling and simulation engineer for the Naval Air Warfare Center Training Systems Division (NAWCTSD) in Orlando raised the capability of DoD’s modeling and simulation training enterprise to deliver leap-ahead advancements across multiple RDT&E environments. Read more about his induction to the NCS M&S Hall of Fame.

The Florida Inventor’s Hall of Fame recognized Kotick as one of the U.S. Department of Defense’s leading subject matter experts in the field of virtual communications. He was also recognized for holding five U.S. patents.

“I’m deeply honored to have been selected among so many talented inventors in the state of Florida. During my career, I’ve been provided the opportunity to contribute, and I’m extremely grateful to the Navy, and specifically NAWCTSD, for their continued trust and support that led to this selection. More importantly, I’m grateful to the team of people who worked with me along the way as we saw some of these contributions make an impact on military training.”

Capt. Tim Hill, commanding officer of NAWCTSD said, “It is a great day when you see people like Dave in the spotlight — the accolades are much deserved, and I can’t think of anyone better to represent the great work that goes on across our amazing team. Bravo Zulu!”

Kotick is a Florida native and has Bachelor and Master of Science degrees in electrical engineering from the University of Central Florida. He began working on training systems for the Navy in 1981, and rapidly moved up the ranks to his current position, Senior Scientific Technical Manager for Live Virtual Constructive at the Naval Air Warfare Center Training Systems Division. He is published extensively in technical journals, conference proceedings, and Naval Air System Command technical and special reports. Kotick is renowned for his expertise in virtual communications, modeling and simulation, Live-Virtual-Constructive (LVC) environments, cyber simulations, cross-domain security solutions, training and simulation system interoperability, and embedded and organic training integration and simulation networking solutions.

A true visionary and pioneer in the field, Kotick has been instrumental in creating, guiding, and influencing significant achievements in voice and data communications within the LVC environment. His lasting contributions span not only a variety of Navy stand-alone and enterprise efforts, but also a range of other defense services, M&S training and infrastructure initiatives. He holds multiple patents in the fields of digital communications and simulation technology, including five virtual communication related patents covering audio training, combined and advanced virtual communications, LVC communications, and improved antenna efficiency in live-virtual interactive communications.

Kotick has received multiple team and personal awards including the Department of the Navy Meritorious Civilian Service Medal, 2008 Department of Defense Standardization Award for M&S, four Naval Air System Command Aircraft Division Commander’s Awards and the Commander’s Excellence Award for Marine Air Ground Task Force engineering. He was named a Naval Air Systems Command Esteemed Fellow in 2013, an honor reserved for those who have made major contributions, exercised considerable originality and innovation, and advanced their technical field, an award made to less than 0.25% of the entire engineering and scientific workforce. In 2017, he was selected for and received the Assistant Secretary of the Navy (Research, Development, and Acquisition) Dr. Delores M. Etter Top Scientist and Engineer of the Year Award.

Portions of this article are taken from articles published in the NCS M&S Hall of Fame and the Florida Inventors Hall of Fame website articles. For more information, these full articles are linked within this article.