NCS to Induct First Class of M&S Hall of Fame

The National Center for Simulation, as part of the celebration of its 20th year anniversary, will present for induction, the inaugural class of the NCS Modeling and Simulation Hall of Fame on March 26, 2014, in a special ceremony at the Orange County Convention Center. 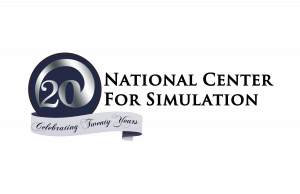 Army Gen. (Ret.) Paul Gorman is among the first inductees. Gen. Gorman was a strong advocate for training and simulation throughout his career. He supported revolutionary training simulation for the Army as early as the implementation of the MILES system; and also impacted early systems such as SIMNET and the “live, virtual, constructive” paradigm.

The Hall of Fame will honor men and women who have made meaningful contributions to improving, changing or enhancing modeling and simulation in any of the disciplines included in its diverse use. Including Gorman, the inaugural class is as follows:

“We’re excited to recognize these ten passionate and dedicated people who have made significant contributions to the growth of Modeling and Simulation,” said NCS President and CEO Lt. Gen. (Ret) Tom Baptiste.

“It’s an honor to be included with such a prestigious group,” said Congressman Lou Frey, Jr., a Republican who represented central/east Florida from 1969-1979. “I have been passionate about this industry for more than 40 years and was fortunate to be in the right position at the right time, enabling the industry to keep its roots in Central Florida.”

Frey was a second-term Congressman who fought a three-week battle with the Secretary of the Navy in 1971 to keep the Naval Training Device Center (NTDC) in Orlando. He enlisted the help of the Nixon Administration and the Attorney General, resulting in the NTDC staying put, which is now known as the Naval Air Warfare Center Training Systems Division (NAWCTSD).