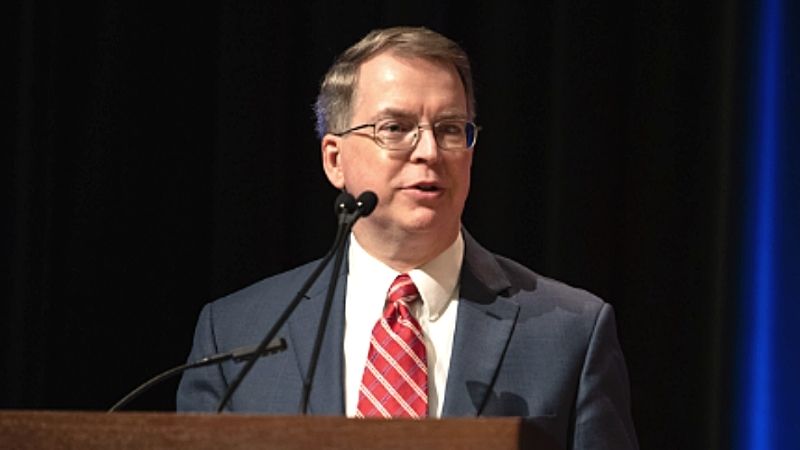 The National Defense Industrial Association (NDIA) announced today that David Norquist, a former Deputy Secretary of Defense with 30 years of experience in national security and federal financial management, will be the association’s next president and CEO, effective May 1, 2022.

“David’s exemplary experience and stellar reputation make him the ideal leader for NDIA, and the Board and I could not be more pleased to have him join and lead the executive management team,” said NDIA Chairman Maj. Gen. Arnold Punaro. “We’ve selected a strong leader at a time of great challenge in the defense marketplace, With his proven experience and accomplishments in our industry, the legislative branch, and two of the largest, most complex federal government organizations, David is capable from day one to continue enhancing the industry-government relationship that is essential to supporting the warfighter and the taxpayer. He will also continue NDIA’s strong tradition of nonpartisan leadership.”

Mr. Norquist began his career as a Presidential Management Fellow and a Program Budget Analyst for the Department of the Army before joining the House Appropriations Subcommittee on Defense as a professional staff member. From 2002 to 2006, he served as the Deputy Under Secretary of Defense in the Office of the Comptroller. In 2006, former President George W. Bush selected him to be the first Senate-confirmed Chief Financial Officer for the Department of Homeland Security. Between his stints in government service, Mr. Norquist was a Partner with Kearney and Company, a certified public accounting firm focused exclusively on the federal government.

“It is an honor to be selected to serve as President and CEO of NDIA,” said Mr. Norquist. “As a nation, one of our core strategic advantages is the innovative character of our defense industrial base. Our long-term national security depends on government effectively capitalizing on that strength and I look forward to assisting in that effort.”

Norquist’s selection came following a thorough and thoughtful search with the support of the executive search firm Russell Reynolds. “We sought a leader with extensive, tested, and proven experience in industry, in the legislative branch and in the executive branch in positions of ever-increasing responsibility and accomplishment,” Punaro said of the search process.

“Most importantly, potential CEO candidates had to be committed to NDIA’s high standards of performance and ethical behavior, and have the strategic vision to help our members address current and future challenges in the defense marketplace.”

Executive Vice President James Boozer will serve as acting CEO and President until Mr. Norquist takes over in May.

About NDIA
The National Defense Industrial Association (NDIA) is America’s leading defense industry association promoting national security. NDIA provides a legal and ethical forum for the exchange of information between industry and government on national security issues. NDIA and its members foster the development of the most innovative and superior equipment, training, and support for warfighters and first responders through its divisions, local chapters, affiliated associations, and events. For more information, visit NDIA.org