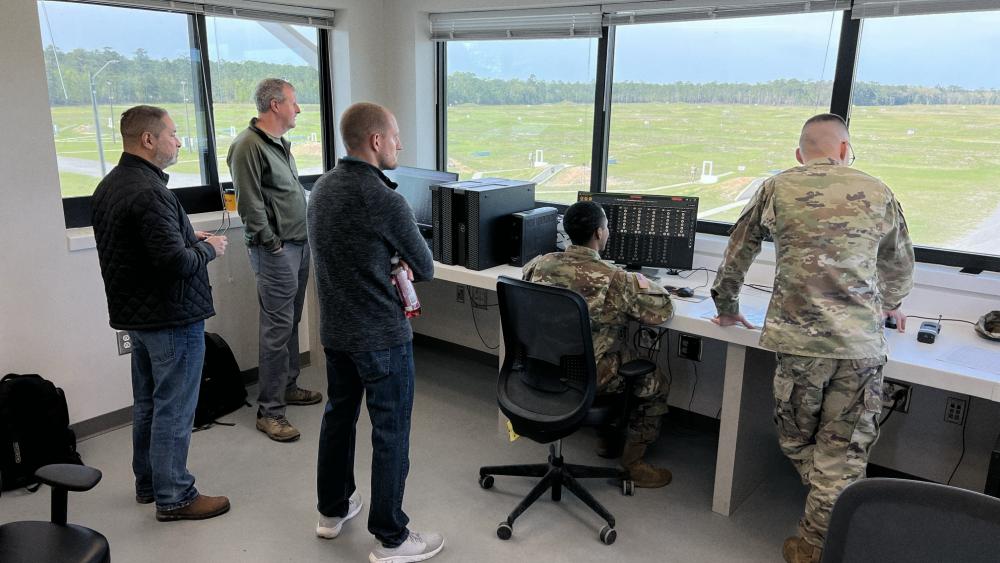 From April 1 to April 3, 2022, the 122nd TSD’s Soldiers underwent their annual individual weapons qualification with M4 carbine rifles and M17 pistols, as any unit would do. What made this year’s weapons training different was PEO STRI’s new Targetry Range Automated Control and Recording (TRACR II) system, which allowed the 122nd TSD to control targets, track shooters’ scores and receive statistical feedback in the range tower.

“No Soldier has ever operated TRACR II,” said Alex Stinefast, PEO STRI’s program manager for TRACR II, shortly before the 122nd TSD’s requalification. “The intent is to leave it in Fort Stewart for 120 days and gather Soldiers’ feedback so that we can make improvements prior to going into full rate production and send it out to all of the Army.”

Since the TRACR software was initially developed and implemented from 2005 to 2008, PEO STRI engineers have made approximately six updates to the system, to include an evolution from a java-based application to more of a web-based type of application commonly used on many cell phones.

Army Sgt. Desmond Albright, a Soldier assigned to the 122nd TSD, described the TRACR II as “very beginner friendly,” and was able to learn the program and successfully operate the controls within a half-hour of his introduction. “It was a great experience,” Albright said. “As far as being newly introduced to [TRACR II] for the first time, it was pretty easy to use.”

In the future, PEO STRI’s team hopes that the new TRACR II software will provide improved training in Fort Stewart and throughout the Army.

“We are expecting the new equipment training to be significantly shorter,” Stinefast said. “We are hoping that the range operators can come in and figure out how to operate it and then start running the range.”