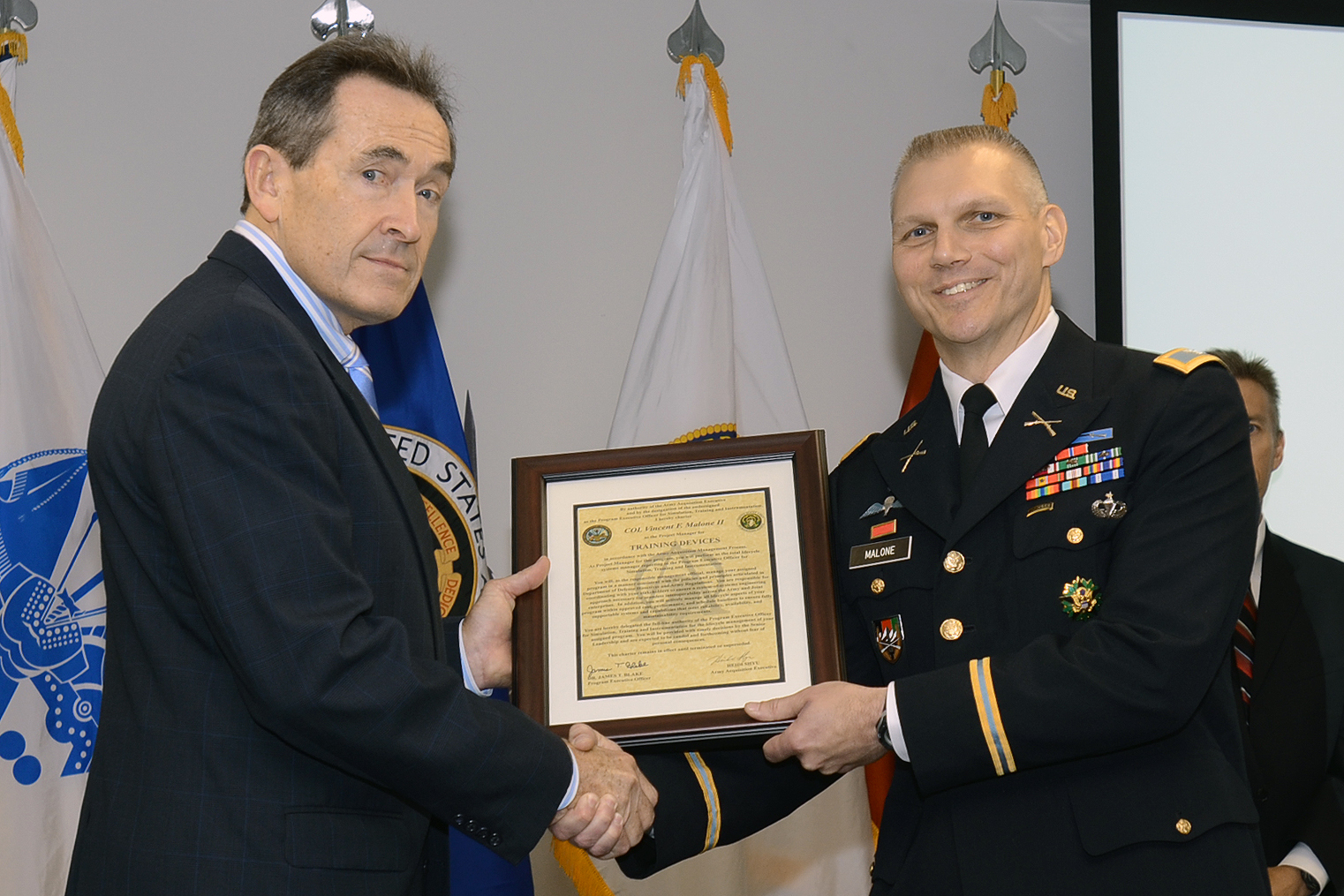 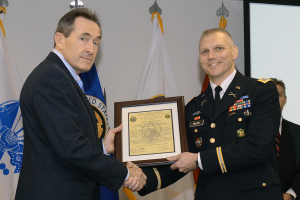 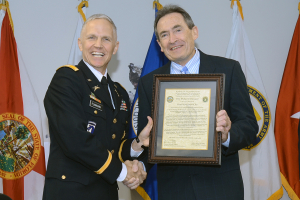 Col. Mike Flanagan (left) at his retirement ceremony on July 18 with Dr. Jim Blake. Flanagan has spent the last 14 years in research, development, and acquisition assignments. 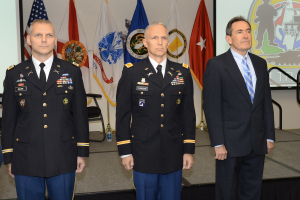 Malone is the fifteenth Project Manager for PM TRADE, the Army’s oldest project management office, and prior to this assignment, he served as the Chief of Plans and Integration at the Army Central (ARCENT) Support Element in Kabul, Afghanistan.

Flanagan, who became the PM in 2010, embraced an idea of collaboration and partnership early on, signing a Memorandum of Agreement in June 2011 on behalf of PM TRADE with U.S. Marine Corps Col. David Smith, then Program Manager for Training Systems, to officially document their long-term synergy.

The work of PM TRADE under Flanagan’s leadership has gained notice and has subsequently been recognized for those efforts. Last October, PM TRADE’s Live Training Transformation team was awarded the Information Enabled Army Award at the 2012 Army Acquisition Excellence Awards. Most recently, at this year’s Army Birthday Ball in June, PM TRADE’s Target Modernization team received the STAR Award for project execution for their cutting-edge and innovative solutions and cost savings/avoidance initiatives.

Taking the reins of a world-class program management shop, Malone said this assignment is an honor and a privilege, and he is looking forward to the opportunity to work with a talented PM TRADE team.

“I didn’t know it at the time when I joined the Army, but MILES, which is used for training by the U.S. military and other armed forces around the world, evolved from this office,” Malone said. “Some of those people that were part of that original team are still part of PM TRADE today.”

“I’m not sure what I’m getting myself into,” Malone joked. “This guy

[Flanagan] has boundless amounts of energy and is a hard act to follow. He reached out to me early and did everything he could do to make sure this transition was seamless.”

Malone thanked Flanagan and said, “you set a great course, and it will serve us well as we navigate the current fiscal environment.”