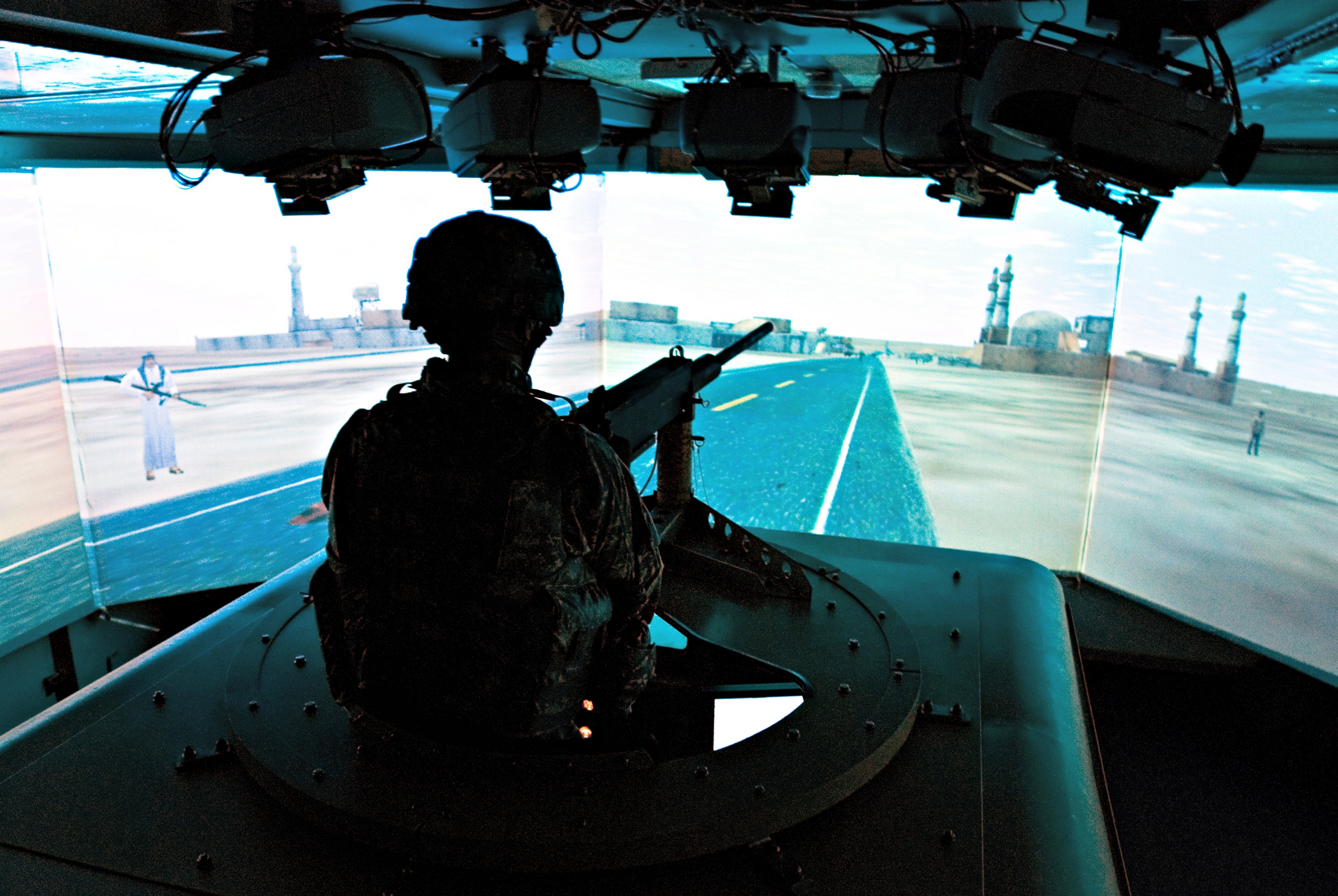 “PM CATT is involved in the Marine Corps’ CCTT procurement as they provided the CCTT equipment to the USMC; the USMC is utilizing their competitively awarded contract, called CCTT Concurrency Contract, for the Marine specific development and fielding of CCTT; and utilizing their Warfighter Focus (WFF) contract for sustainment of the training systems, once fielded, throughout their lifecycle,” explained Pike.

“While CCTT is not considered a comparable replacement to conducting Unit Deployment for Training (DFT) exercises,” said Pike, “the CCTT will overcome the lack of maneuver space aboard Camp Lejeune, NC, and by providing a virtual training environment, allow 2nd Tank Battalion the ability to conduct training tasks it otherwise would not be able to conduct.”

Currently, 2nd Tank Battalion can only train to 42% of the 6000 and 7000 level standards associated with the Battalion’s evaluation coded training tasks. The CCTT will help fill this identified training gap.

PM TRASYS is leveraging PM CATT’s CCTT software baseline, which will allow the two parties to collaborate in the future; ultimately increasing the capabilities for both services and at the same time reducing life cycle costs and saving taxpayer’s money.

“In a true IPT fashion, PM TRASYS and PM CATT are working together,” said Colonel Michael Coolican, Program Manager Training Systems. “The Marine Corps has a Marine Infantry Captain managing from the PM TRASYS side, along with a Chief Engineer and Project Engineer bringing the Marine technical requirements to the table,” said Coolican.

“We are also utilizing Subject Matter Experts (SME) from Camp Lejuene for the critical review meetings to ensure the Marine capability is matching the weapons platform,” said Coolican. “Likewise, PM CATT is utilizing their CCTT team to support the USMC in delivering this needed capability to the fleet. This is truly a successful partnership between PM CATT and PM TRASYS.”

PM TRASYS and PEO STRI are not strangers to collaborating and working together. Just about one year ago, a Memorandum of Agreement (MOA) was signed on May 22, 2012 to officially recognize the two organizations’ working partnership.

That MOA outlined the goals, objectives, and responsibilities between PM TRASYS and PM CATT in their efforts toward increasing partnership through synergistic capability development, with the primary focus of the MOA to drive down development, procurement and sustainment costs for similar Army and Marine Corps training requirements.

And one year prior to that, in 2011, PM TRASYS also signed an MOU with PM TRADE to document their commitment to maintaining a partnership to work together on similar Individual and Soldier and Marine training devices.

These partnerships also help improve technology developments by industry because when the requirements are combined and presented to industry, it is much more powerful. With the Marines and the Army working more closely together on common training requirements, specifically to approaches to collective and virtual training systems, the industry partners can better leverage their internal resources.

No matter who is working with whom, whether it’s PM TRASYS, PEO STRI, Naval Air Warfare Center Training Division (NAWCTSD) or Air Force Agency for Modeling and Simulation (AFAMS), the partnerships are strong. These organizations’ efforts, along with the resources and support of industry, academia and Government organizations, make up Team Orlando, and together they are working to accomplish their single goal of improving human performance through simulation.