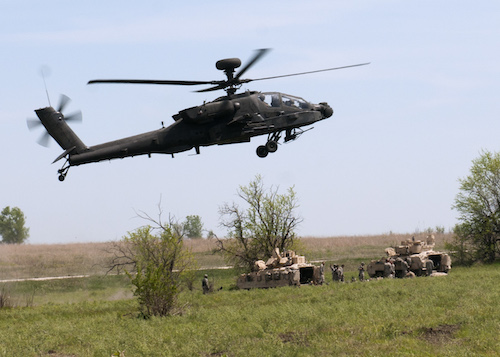 Ever since the first aircraft was used in battle during the Italo-Turkish War in 1911, aerial superiority has played a decisive role in determining victory on the battlefield.

Since then, realistic training for combined arms has become increasingly important to achieving that success from the air. 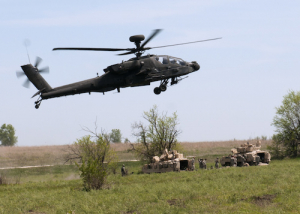 However, unlike their battle buddies on the ground who, since the early 1970s, have been equipped with the Multiple Integrated Laser Engagement System (MILES) for feedback as they staged mock battles, aviators have not had the technology available to relay to them or their commanders the cause and effect of their warfighting actions while involved in a combined arms training exercise.

The United States Army Aviation Center of Excellence along with the Maneuver Center of Excellence saw this as a critical need and, through the Training and Doctrine Command’s Capability Manager – Live, funded a study to determine the feasibility of employing such technology.

Thanks to the more than two years of dedicated efforts of a team from the Product Manager, Live Training Systems (PdM LTS) at the Program Executive Office for Simulation, Training and Instrumentation (PEO STRI) in Orlando, Army aviators may soon have a new high-fidelity training system to help hone their warfighting skills to an even higher level.

The demonstration involved instrumenting six aircraft being used during multiple missions throughout the week so feedback could be attained through the Home Station Instrumentation Training System (HITS), which provides cause and effect of training performance during After Action Reviews (AAR).

“We are extremely pleased with the outcome of this test and feel it is a real game changer from a perspective of linking in live aviation assets into the Live, Virtual, Constructive – Integrating Architecture and gaming community,” said Lt. Col. Corey Hemingway, PM LTS. “I am very proud of our team for the hard work they put into this effort and the advanced training capability it will provide for Army aviators.

“Looking forward, we would recommend that we upgrade seven HITS with an aviation capability to reduce the need for a redundant standalone aviation instrumentation currently being used at home stations for the Longbow Apache Tactical Engagement Simulation System,” he added.