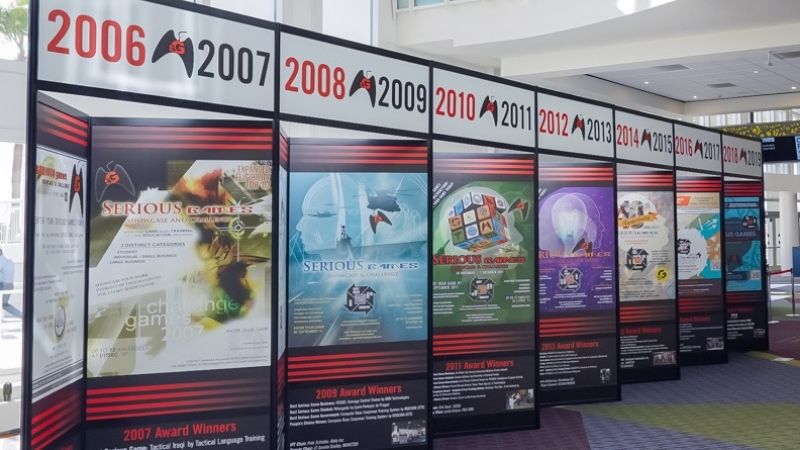 The Serious Games Showcase and Challenge (SGS&C) announced its 13 finalists for this year’s challenge. The SGS&C category winners will be chosen from the finalists and awarded in person at the Interservice/Industry Training, Simulation and Education Conference (I/ITSEC) in Orlando, Florida, on Thursday, Dec. 2. Coming out of a pause in game submissions for the Challenge in 2020’s vIITSEC, organizers are very excited to showcase this year’s finalist games and developers. The finalists are:

Legends of Europe by Regional Council of Brittany

Lunar Exploration: Past by Rochester Institute of Technology

“It was so exciting to get back to evaluating games for the Challenge,” said SGS&C Director Jenn McNamara of BreakAway Games. “Last year’s opportunity to revisit all that we’ve accomplished since 2006 was wonderful and we thoroughly enjoyed reconnecting with past winners, evaluators, and also our sponsors, who play such an integral role in the Challenge each year. But, we were definitely looking forward to evaluating this group of games. They did not disappoint!”
This year’s crop of games come from international developers including government/DoD, business, and student finalists. They tackle concepts from advanced educational subjects, specialized defense and medical training, and even moon exploration. The 2021 challenge will award games in the following categories: Best Government Developed, Best Student Developed, Best Business Developed, People’s Choice, Innovation Award, and Best XR Game.
“Our team evaluated many high-quality games — many of those developed by groups new to the Challenge” said SGS&C Organizing Committee Lead Meagan French of BetterLesson. “We had a good mix of entries — some brought novel game solutions to age old educational challenges, while others focused on applying games to emergent and strategic training needs. Submissions came from developers in the U.S. as well as numerous international countries. This year’s finalists represent the best of the best, and I think each year gets better and better.”

The Serious Games Showcase & Challenge (SGS&C) is the premier venue for recognition of excellence in the field of Serious Games development. Since 2006, SGS&C has helped foster creativity and innovation in Serious Games as part of NTSA’s I/ITSEC conference held each year in Orlando, Florida. An esteemed panel of evaluators from around the globe review the finalists and select all the winners, except for the People’s Choice award, which is voted on by I/ITSEC attendees.