The serious side of gaming: Counter-IED training on the Minehound

Home » The serious side of gaming: Counter-IED training on the Minehound 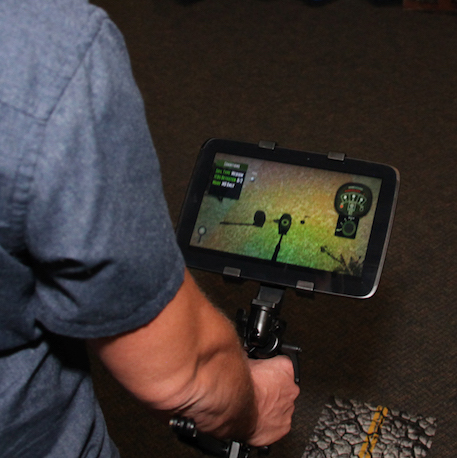 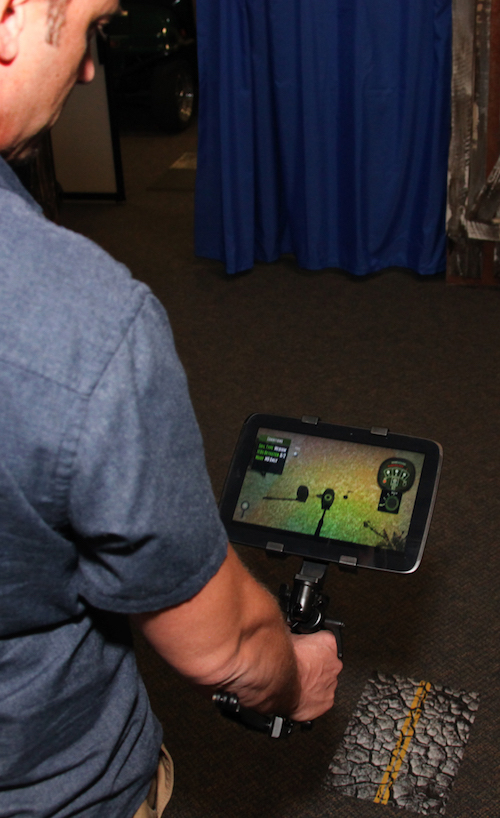 It is no secret that as our technology improves, the enemy quickly adapts, making training a crucial element to stay ahead of our enemies. Improvised explosive devices (IEDs) are a serious and ever-present threat to our warfighters around the globe. Insurgents have learned to defeat traditional mine detection by using non-metal items like plastics and carbon rods when building IEDs. This shift in development of IEDs led to the acquisition of the Minehound dual sensor metal detector. The Minehound can detect underground ordinance with both a metal detector and a ground penetrating radar (GPR) simultaneously.

The complexity of Minehound deployment prompted a need for sustainment training, not just on live training lanes, but also at home station. Initially, a desktop computer-based training system was developed to complement the extensive manual to assist with teaching the system’s user interface and complex calibration steps for various soil conditions.

However, the Army Research Laboratory wanted to further enhance the trainee’s experience and asked the experts at ARL’s Human Research and Engineering Directorate, Advanced Training and Simulation Division to develop a mobile application. ARL, in partnership with the University of Central Florida’s Institute for Simulation and Training located in Orlando, developed a first-of-its-kind mobile training game for the Minehound and is expanding that application to include virtual reality (VR) and augmented reality (AR) training.

The Minehound MVT2+ mobile app provides graphically-rich models and geo-specific terrain for instruction while remaining truthful to the physics in the environment and the detector’s abilities. The application, like the computer-based game, is a supplement to the manual. However, it provides an unprecedented level of interactivity that cannot be obtained using a traditional PC. Swiping a screen is far more intuitive for a majority of users on mobile devices. The MVT2+ app can be installed on smart devices, like phones or tablets, and lets students take training out of the classroom to wherever they are.

The VR game elements within the mobile app allows students to test their abilities using either a “walk-through” mode with hints and tips provided or “free-play”. Accuracy of training was not taken for granted. Prior to sweeping the area for IEDs, the trainee must set the detector parameters correctly, taking into account soil type, and if they will be using the GPR or metal detection.

An expert in the field of mine detection was brought in for a motion capture session to precisely depict the slow and methodical sweeping motion used in the field.

In addition to the game within the application, the ARL and IST teams are developing an augmented reality (AR) training module. This low-cost addition will further enhance the user’s experience by simulating real, native detector movements using internal inertial sensors and computer vision algorithms to mimic device performance. Visually it will convincingly portray, from a first-person perspective, various soil conditions from any region of the world.

Dean Reed, the lead developer from IST observes: “The ability to leverage computer vision algorithms and render high-fidelity environments on a mobile platform has enabled the evolution of next generation training capabilities.” The AR training component is being coupled with a very low cost 3D-printed handle assembly to give the trainee a balanced feel that resembles the real Minehound device.