SGS&C: A request for a ‘special’ special event

Home » SGS&C: A request for a ‘special’ special event 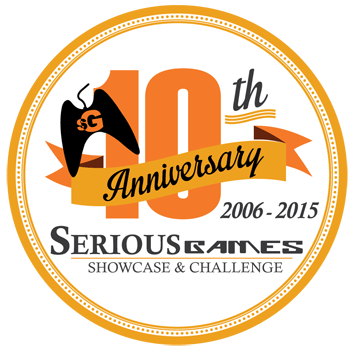 From the SGS&C archives

This year marks the 10th anniversary of the Serious Games Showcase & Challenge! As the SGS&C IPT looks to plan for a special celebration of the Challenge in 2015, it’s especially exciting to revisit the history and how the SGS&C came to be what it is today.

At this time, there was no existing platform for promotion and exhibition of game-based training opportunities ala the Independent Games Festival (IGF) at Game Developers Conference, it seemed to the group driving the Serious Game initiative that I/ITSEC was a logical location to showcase Serious Games and their associated technologies.

The first year was one for learning for the Serious Games Showcase & Challenge, as well as one that was struggling to work through many self-imposed restrictions.

Based on the mythical “garage programmer,” there were company size restrictions, company financial restrictions and restrictions that prohibited no government funded entries.

However, the committee learned quite a bit in its first year. For starters, it was time to evaluate the restrictions, which were initially set in place. Many Serious Games, as it turns out, had government funding ties of one sort or another.

And finally, after reviews and discussions, the committee determined that there was a difference between a Serious Game and a Simulation using gaming technology, and developed some principles to support this conclusion.

All and all, in its first year, Serious Games Showcase & Challenge had begun its journey. The Challenge attracted nine entries and featured six finalists. The finalists were:

Those nine entries and six finalists helped to kick off an event that would eventually grow exponentially, and garner the attention and support of an entire I/ITSEC community in the years to come.