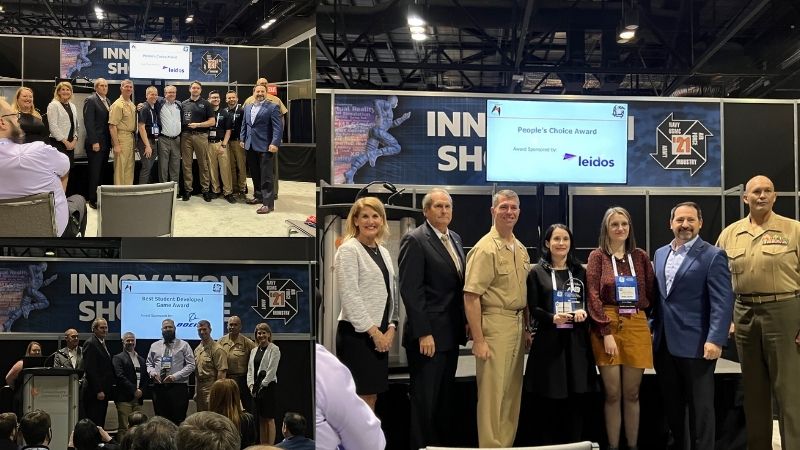 The winners for the 2021 Serious Games Showcase & Challenge (SGS&C) were announced at an awards ceremony at the Interservice/Industry Training, Simulation and Education Conference (I/ITSEC) on Dec. 2. The winning games and developers are:

“We are extremely happy with our evaluators’ decisions and the diversity of the winning games,” said Meagan French of BetterLesson and the 2021 SGS&C committee chair. “Conference attendees were really excited to see the games showcased this year and to discuss ideas with a variety of game developers, many of whom had never been to the conference before.”

This year’s best business game, Basic Vectoring powered by StrataGem, was created for learners in early stages of air traffic controller school or anyone with an interest in air traffic control, and helps master vectoring concepts to create a strong foundation of skills to ensure success in higher fidelity training.

Three of the winning games have international roots. Although the SGS&C has international submissions each year, this is the first time this many international competitors have won in several categories. One of those games, CoronaQuest, is a learning game which helps inform students of protective and hygiene measures and actions that can help make return to school less stressful and safer for students amid the pandemic.

Jenn McNamara of BreakAway Games and SGS&C director shared, “One of the known benefits of serious games is their ability to quickly address emergent education and training needs. Over the years we have seen current events drive creation of games to target needs including IED defeat, new medical triage and treatment protocols, cyber safety, human trafficking, and public safety. Given this trend, it makes sense that the inspiration for CoronaQuest was a direct result of the onset of COVID-19, and the need to help kids decrease their stress and anxiety by empowering them with strategies to help them stay healthy.”

Street Smarts VR, the year’s best XR game, was designed to support police officers, first responders, and military service members to help with their decision-making, utilizing VR to simulate challenging situations they face in the line of duty.

The Innovation Award is picked exclusively by the SGS&C committee and is only awarded in years when the committee feels there is a deserving candidate. This year’s winner and second winner from outside of the United States, CodAR, is an Augmented Reality (AR) based serious game that teaches computer programming skills, introducing them to the basic concepts of computer programming such as sequence, functions and iterative codes (loops).

Finally, for the first time ever, there was a tie for People’s Choice. Legends of Europe, the final international winner, was one of the People’s Choice winners. It is an online treasure hunt that plunges the player into an imaginary world inspired by medieval fantasy, with scenery integrated in panoramic Google Street views and then customized. The player is led to reflect on his or her own relationship with Europe, to break down the borders, to identify and share values and a common culture.

The other winner was TC3Sim 2020, a “first-person thinker” game that directly addresses the needs of the I/ITSEC community to train combat medics and combat lifesavers for battlefield medical treatments and triage skills.

“We’ve had a few games based upon TC3Sim submitted by the company’s government partners over the years, and it was unique this year to showcase the overall platform and have the team demonstrate its sandbox-based training with scenarios focused on care under fire, tactical field care, and secondary assessment for our conference attendees,” said McNamara.

“This is a very interesting year with regard to the diversity of our winning games and the skills that each of them teach,” said French. “SGS&C was developed in 2006 out of the need to help DoD realize the potential of games to improve their training, but over the last 15 years, we have seen the use of serious games for all kinds of training and teaching become much more prevalent. Serious games are an affordable, fun, and proven way to learn.”

The SGS&C 2022 campaign is expected to open in July.