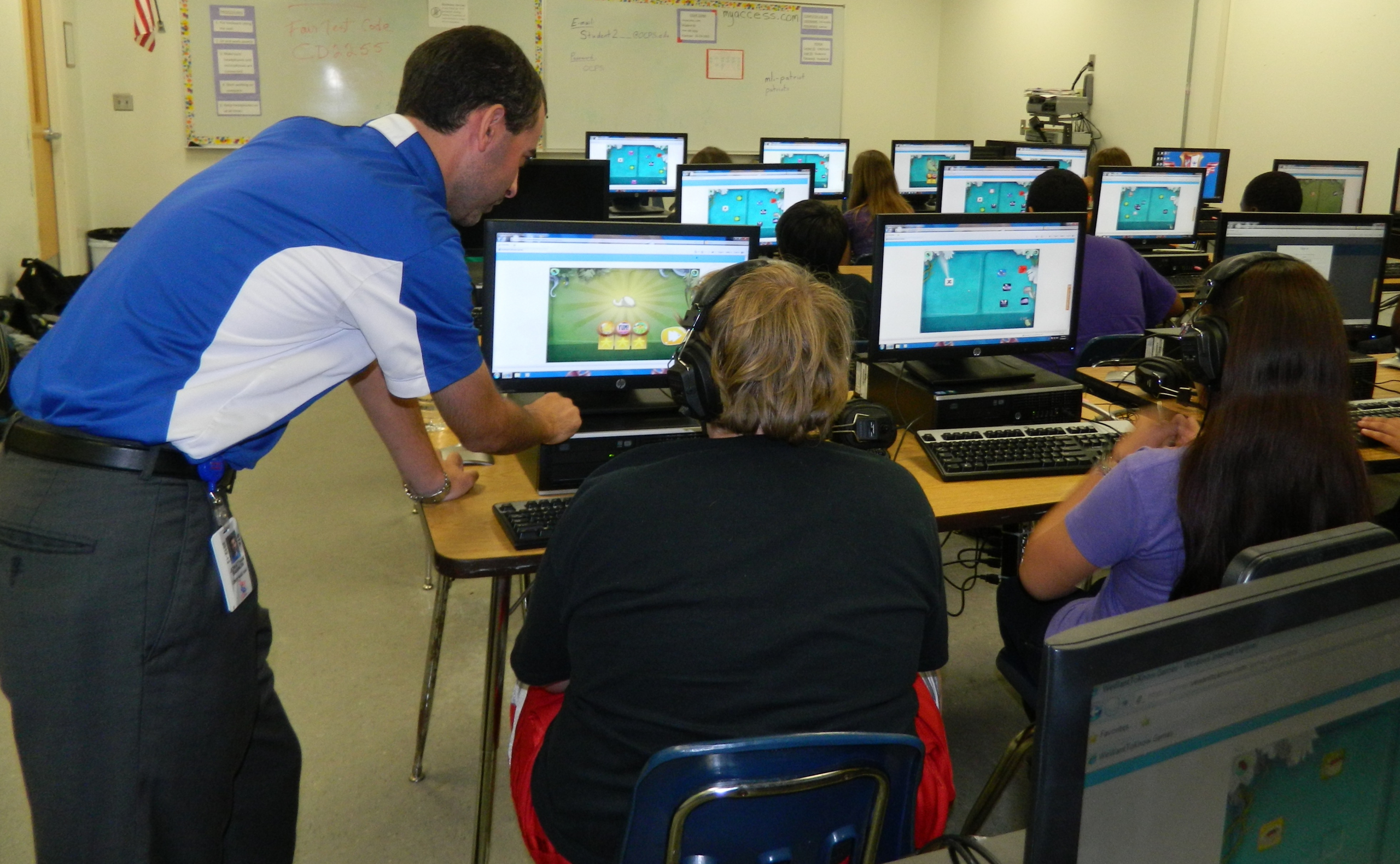 The Serious Games Showcase & Challenge (SGS&C) is the premier event for recognition of excellence in the field of Serious Games development.The challenge prides itself on helping to foster creativity and innovation in Serious Games for the last seven years as part of NTSA’s I/ITSEC Conference held in Orlando, FL. As the SGS&C continues to grow, more windows of opportunity open to the benefit of game developers, students and future learners. A pilot program between two partners, Orange County Public Schools (OCPS) and SGS&C, was recently developed, called the Students’ Choice Award and tested at five schools: two high schools and three middle schools. 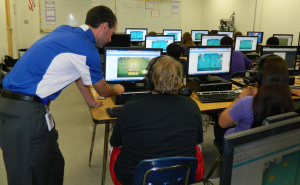 The program consisted of three games from the 2012 SGS&C finalist list that contained both good learning material that falls within the lines of the common core curriculum and appropriate content for the age groups. “Every game selected in this pilot program won an award last year,” stated Kent Gritton, Founder, SGS&C.

The idea of a pilot program occurred last fall when the SGS&C committee recognized a significant increase in the STEM game submissions. “We noticed a jump from entries and we are expecting to see a continued growth in that particular area,” stated Gritton. “All of the games are evaluated by subject matter experts and serious games leaders but the one thing we were lacking is we never requested input from students, from the actual users of these STEM education games.” In order to help close the gap, the SGS&C committee approached OCPS and they came up with a plan to deploy three appropriate STEM games into a pilot program with the intent to grow this category into an annual opportunity for both students and the SGS&C experience.

The classrooms were given a small amount of instruction and were asked to play the game and give feedback through an online survey tool. “This very simple approach was a way for us to see how kids would take to the game as an instructional material,” stated Mariel Milano, OCPS STEM Curriculum Manager. “It was a way for us to gain immediate data from the students as to what their thoughts were about the game.” This technique serves as a win on multiple levels. For example, the partners both receive immediate input from the user which is good for developers to know how to improve their games. It is also good for the school system to see how the games resonate with students in a classroom setting.

As a test model for capturing the data as accurately as possible, the SGS&C took an evaluation rubric and modified it for a middle school grade level to read, and transposed it into Survey Monkey. The link was then sent to the right department at OCPS to test. Next, they took the games and made sure they worked on the system within the OCPS infrastructure. After it was deployed to the schools the computer technician installed the games into the computer labs. “Every computer that has the game has access to the survey,” stated Gritton. “We then have the ability to capture all of the data to analyze, print out and ask, ‘Is there something here we can learn from in the development as it applies to middle school or high school gender?”

How did the teachers work this into their daily curriculum? Every class that teaches subject material in math, language arts or social studies got the opportunity to play the game. During the pilot program the teachers were able to get a good feel for how well it teaches the subject, and how well it performs, keeps student interest, prompts them to ask questions. They also were able to simply determine if gaming learning is a candidate to fit into the parameters of the common core curriculum which will then help apply to more future assessments in school systems.

The pilot took place over a two week period and ended June 5th, the last day of school. Evaluations were collected and the announcement of the winner for the Students’ Choice Award will receive a plaque. “We hope this is the beginning of something big for our STEM educators and learners,” said Mariel Milano, OCPS STEM Curriculum Manager. “We have had a great experience so far and look forward to this fall when the first official Student Choice Award is named as a new SGS&C category. One in which will benefit all of our middle and high school students who will potentially be part of a new breakthrough in learning.”

The 2013 SGS&C are excepting entries in the beginning of August through mid September. The finalists will be announced the first week in October and these games will go on the showroom floor. “Once we know who the finalists are, a select group within OCPS will evaluate which games contain the approved content at the level of STEM or meet middle/high school level requirements,” stated Gritton. “These games will then be deployed to all middle and high schools in Orange County for evaluation.” The SGS&C winners will be announced on Thursday, December 5th at I/ITSEC. www.sgschallenge.com