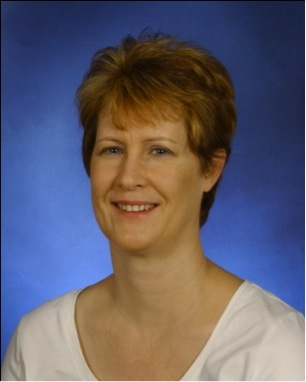 Dr. Joan Johnston is the Chief of the Technology Based Training Research Unit.

Earlier this year, Dr. Joan Johnston joined the Army Research Institute (ARI) as the Chief of the Technology Based Training Research Unit. With 27 years of U.S. government civilian service, she served as a senior research psychologist at the Naval Air Warfare Center Training Systems Division (NAWCTSD) for the last 22 years. Before her move to ARI, Johnston was the Technical Development Authority for the Office of Naval Research (ONR) USMC human performance, training, and education program, managing a portfolio of decision making and expertise development research.

The ARI consists of research psychologists who focus on behavioral science issues that relate to education and training, leadership, and personnel selection and classification. “Our Orlando unit was established in early 1981 for the purpose of being associated with the Army’s training simulation acquisition command.”

Originally from upstate New York and a graduate of Rutgers University with a Bachelor of Science with Honors, Johnston came to Florida in 1984 to earn a Master of Arts and Doctor of Philosophy in Industrial and Organizational Psychology from the University of South Florida.

Johnston’s passion for her job comes from the many aspects she finds fascinating about her career, and says that the work is always new and interesting. “Every day is different. Because the military is constantly changing, there are always new problems, and they come to us to help them answer questions,” said Johnston. “There’s lots of work to do so you always have interesting projects to work on and there’s always more work than you could possibly finish.”

Another great aspect about her job, Johnston said, is the brilliant people she is able to work with. “Everyone is so smart and fun to be with. That’s a really great part of it.” Johnston also truly enjoys the collaboration and the ability to work across agencies and across the military. “That’s really something I gravitate toward,” said Johnston. Her research career has been marked by extensive collaborations with the Navy, DoD, academic and industry organizations.

From 2004-2010, she developed and managed a program of research that focused on coalition leadership, teamwork, and operational readiness through multi-national working groups. During this time, she also chaired The Technology Cooperation Panel on the Human Aspects of Command, and participated in the NATO research technology group on Adaptability in Coalition Teamwork.

Because of these past collaborations, Johnston noted her move to work for ARI wasn’t as big a challenge as it could have been. “I’m learning the Army culture, but I had already worked closely with ARI in previous projects while at NAWCTSD.”

Johnston has been building credibility year after year, since 1992, through publications of her work. She is especially proud of the research that she and her co-workers accomplished in regard to the Tactical Decision Making Under Stress (TADMUS) program, which was sponsored by the ONR following an incident with the USS Vincennes in 1988. An initial study identified problems with training and human factors design. “We mainly developed training strategies and human factors redesign to mitigate making poor decisions under stress in combat,” said Johnston, who was a principal investigator and project manager for the program.

The book, “Making Decisions Under Stress,” includes a number of chapters about the program of research, how they did it, what the results were, and provides guidelines and recommendations for improved training strategies. “I think our biggest accomplishment was team training,” said Johnston, whose area of expertise also includes team performance, assessment and training technologies.

Although Johnston feels her new position has some major differences than her previous position at NAWCTSD, such as her supervisory duties, the technical work is not a huge change from what she was doing.

“I’d say overall the big challenge is the translation of what we do as research psychologists and the experimentation that we do,” said Johnston. “It’s always very difficult to translate new behavioral principals into ‘What is the training technology supposed to do?’” But, she noted that having people who developed the training methods working side by side with the people who are delivering the technology leads to an enhanced training capability overall.

During her career, she has written and presented more than 60 professional papers, peer reviewed journal articles, and presentations. She has given invited lectures to the CNO’s Strategic Studies Group, and participates in DOD sponsored panel discussions, technical symposia and industry conferences.

The good news, she shared, is that the military, primarily the officer ranks, have gotten increasing exposure to the research over the years and they have demonstrated they are influenced by what has been written. “One of our biggest accomplishments as research psychologists is writing about the results of our research, and having it read and used by the military, “ said Johnston. “And that really, over the last 20 years, is a big change in the way people perceive what we do and the value of what we’re doing.”

But when Johnston is not busy with work, she spends time with her family, and also loves photography and painting in her studio. She paints pictures the traditional way with acrylics and watercolors, and then photographs and enhances them with a digital tablet. “I can take a picture of something, like a sunflower, and then using my digital tablet, I can paint right on top of the photo,” said Johnston. ‘It’s amazing what the new tablets can add and they have such brilliant colors!“

And like so many who need to find something to help them escape the day’s challenges, or the week’s bumps in the road, Johnston knows the added value of her creative outlet. “Painting is one of the things I like to do when I want to relax,” said Johnston. “The hard part is finding the time to do it.”