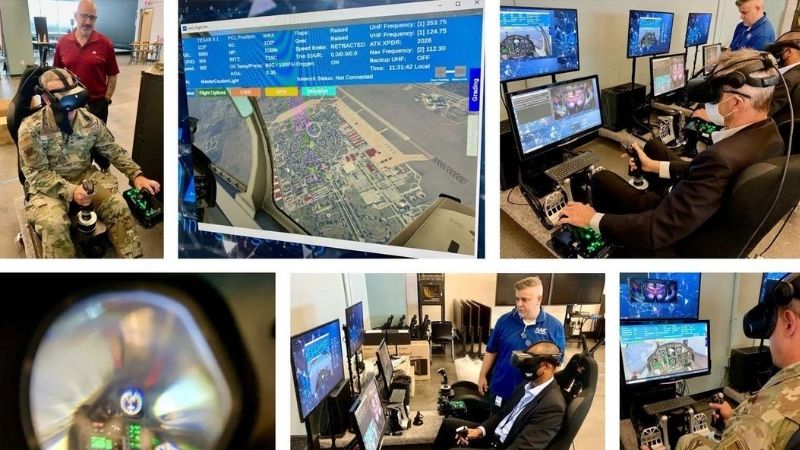 I/ITSEC 2021 is almost here and Team AFAMS will be present to discuss the Air Force’s latest and most important modeling and simulation priorities and requirements – including the creation of a Common Synthetic Training Environment.

As the potential for confrontation with a near-peer adversary grows, the DoD’s ability to train together for the joint employment of force becomes more important. From range space constraints to limits on exercising capabilities in open air, our previous training methods and capabilities don’t live up to modern demands. However, with support from the Office of the Secretary of Defense (OSD), the Air Force is now working to develop a synthetic environment which can host realistic modern computer-generated force capabilities, called the Common Synthetic Training Environment (CSTE). It’s intended to be a data-centric, modular open system architecture, capable of ready integration and interoperability with Joint service and allied training systems, with true multiple levels of security built in.

Why M&S Technical Standards are Important to Warfighters

AFAMS will also discuss the latest modeling and simulation priorities and requirements including why M&S technical standards are important to our warfighters.

Modeling and simulation technical standards support Air Force policy of interoperability and standardization as well as the AF M&S Vision. Both the Department of Defense and Air Force policy and vision is to adopt commercial, industry and open standards wherever possible and practical versus developing a government standard.

Common technical standards enable agility and readiness through support for responsive modular architectures, interoperability for various training systems/capabilities, and streamlining cross domain solution implementations. The Air Force has a mix of training systems that require standards compliance along with other training systems that must comply with operational standards in order to stimulate operational systems during training events. There are current efforts to collapse and combine Combat Air Forces (CAF) and Mobility Air Forces (MAF) Distributed Mission Operations (DMO) standards for the creation of Air Force DMO Standards. Later efforts will include Space and Cyber into these standards. Broader Department of Defense efforts for interoperability and efficient operations will affect Air Force efforts in this area. Common technical standards are key elements for interoperability between components of numerous systems.

As part of the Defense Department’s latest modeling and simulation priorities and requirements, Team AFAMs will also be discussing the development of C2SET (Command & Control Synthetic Environment for Training) and its importance to the Air Force.

Warfare has shifted to a digital front, and the Department of Defense and the Defense Industrial Base continue to be targeted at increasing rates, and with increasingly sophisticated methods. U.S. critical infrastructure and industrial control systems are under constant attack from foreign adversaries. China’s recent attack on India’s power grid clearly highlights our adversaries’ abilities to disrupt and take control of an industrial grid. The recent cyberattack on the Colonial Pipeline illustrates that U.S. critical infrastructure is not only a target, but vulnerable. The subsequent Executive Order requiring the government and industry to strengthen protections of the supply chain is further evidence that a secure supply chain is essential for critical infrastructure to be functional and available when needed. Attacks in the supply chain allow malicious actors to access systems through backdoors, circumventing traditional security controls before those controls are put in place.

Security controls and higher defense conditions will not be enough to secure the supply chain if an adversary is handed a key to the backdoor during the acquisition of systems. This technology will contribute to solving this critical mission need by illuminating this supply chain risk throughout the acquisition process and recommending mitigations prior to vulnerabilities being introduced into fielded systems. The main goals of this initiative are to develop a comprehensive data set and customizable dashboard to monitor, track, and mitigate risk. The mission impact of this project on the Air Force and the DoD will be to provide accurate, timely and actionable reporting with continuous monitoring on the health of the cyber supply chain which is needed to ensure that the systems that support the warfighter are secure, fully functional, and available when needed.

AFAMS is excited to invite you join us either virtually (via AFAMS social media) or in person for live discussions at our booth to learn more about AFAMS’ role in developing M&S technical standards, C2SET and other important topics. The 2021 theme for I/ITSEC, the world’s largest modeling, simulation and training conference is, “Innovating and Accelerating Training: Adapting to an unexpected future!” I/ITSEC is Nov. 29 to Dec. 3 at the Orlando Convention Center. www.IITSEC.org