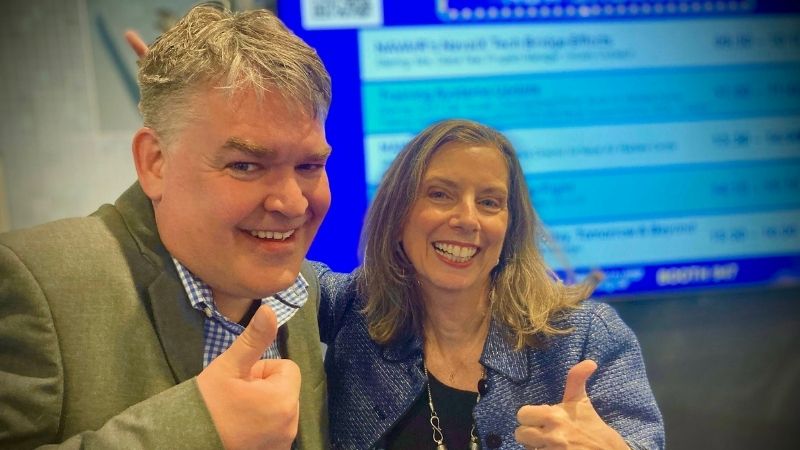 “We look at ourselves as a node on the (Navy) network,” said Teel. “Central Florida Tech Bridge is an enabler; we are connected at the highest levels of the Navy, so we can get barriers removed really fast.”

Currently, the Navy has 17 Tech Bridges around the nation and world, and the numbers are still growing. Each Tech Bridge has “a different flavor” or uniqueness to them, Teel said.  According to the NavalX website, NavalX Tech Bridges are a connected network that enhance collaboration between Naval labs, industry, academia, and other military branches, and offer a collaboration space in a commercial business space, rather than on base, allowing for easier accessibility for a collaborative ecosystem.

“When we (Tech Bridges) collaborate, we can do things better, differently and go faster,” Teel said. “When the Navy has a problem that would normally take many levels of checkpoints to make something happen, the Tech Bridges can help speed the process.  We’re able to reach out to other tech bridges and share technologies that we discover that might be interesting to them, and vice versa.”

The “flavor” for Central Florida Tech Bridge is of course, its emphasis on modeling, simulation, and training (MS&T), and human performance. The network piece of the Tech Bridge comes into play if a technology outside of this “business line” is presented. If it’s something that is not necessarily used or needed in MS&T, it can be shared with other Navy Tech Bridges if it’s important to what they’re doing.

The other important aspect of the Central Florida Tech Bridge, added Logue, is the 50+ year history of collaboration by the services in Orlando. “We didn’t start from scratch,” she said. “The Tech Bridge is just a next phase benefiting from and leveraging a lot of the collaboration that was already there. It’s very important to understand the history of Team Orlando and how truly unique that is. It’s just not easy to mimic what we have here in Orlando because of the decades of long history of collaborating by choice, not by command.” 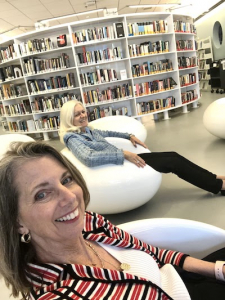 Once NAWCTSD was named a Tech Bridge, they wanted to create the best scenario to capitalize on the Tech Bridge, however they knew the benefit of finding a way to include all of Team Orlando. That’s when the Central Florida Tech Grove was born.

“There is no ‘J’ in our name,” said Teel.  “We’re not joint, we collaborate. There’s nothing that says we have to work together. We work together because it makes sense. It’s the coalition of the willing.”

As history would note, Team Orlando has the longest running memorandum of agreement (MOA) between the Army and the Navy, signed in 1950. Teel said she believes this long-standing agreement allows for them to have a different vantage point. The collaboration successes enjoyed by Team Orlando attract people from all over, wanting to learn the “secret sauce” in how they work together.

Because of the established relationship of the four Team Orlando military services in the same business space, there was a need to build on the relationships with industry by creating a space to allow them to collaborate in real time, and connect with Team Orlando more easily. “And so instead of creating the space as a Tech Bridge, we created the Tech Grove so that we can have all four services as a part of it,” said Teel.

The Tech Grove was formed through a Partnership Intermediary Agreement (PIA) between the University of Central Florida Research Foundation and NAWCTSD. PIAs are available to federal labs, backed by federal statue, in order to help facilitate the quicker rollout of new and better technology for the DoD.

Calling All Garage Guys and Gals

Teel is hopeful that this new partnership and the Central Florida Tech Grove help open the aperture for the inclusion of non-traditional technology wizards, which Teel affectionately refers to as ‘garage guys.’

“I met a guy that is retired and now works in his garage,” she said. “He doesn’t want to start a business. He wants to solve interesting problems. There is a community of these kinds of people, and they just want to solve hard problems.

But Teel points out that current Department of Defense (DoD) regulations make it virtually impossible for these independent or small businesses to easily work with the DoD if they don’t meet the criteria, things like using the right accounting system, or having to go through the Small Business Office.

Teel said there has been a reduction in the defense industry base (DIB) over the last decade, which is problematic for them. “One of the things that we can work on with our PIA partner is increasing that DIB,” she said. “Since we’ve established our PIA, which has been two years now, we’ve seen an increase locally in our defense industry base.”

Teel reiterated the hope that the Tech Grove will increase the non-traditional industry folks and open the doors to welcome more people that think differently. “We’re looking for that innovation and we’re looking to go faster,” she said. “They’re not confined. We have some barriers and some boundaries that we need to work in, but they can go anywhere they want to with it, which gives them the ability to be a little bit more flexible with what they’re doing.”

Logue agreed. “A big part of our role at Tech Grove is reaching out to those companies that don’t do business with DoD, and maybe have never even thought about it, because it might be too much trouble or because they didn’t really have an easy entry point. We want Tech Grove to be that easy entry point for them.”

According to Logue, Tech Grove offers companies a myriad of opportunities to be creative, bring their innovation to bear on some of the problems and needs the services have, as well as grow their business more effectively.

“We do a lot to help foster those kinds of collaborations, both for the individuals, as well as just the small businesses out there, or other businesses that have really great solutions that we need for our warfighters,” Logue said.

This is How They Do It

Last April, the Tech Grove hosted a SBIR/STTR Showcase, reaching out to the community of Phase 2 and 3 awardees Tech Grove customers. There are three phases to Small Business Innovation Research (SBIR) and Small Business Technology Transfer (STTR) programs, with phase 2 focusing on continuing the R/R&D efforts initiated in Phase I, while the objective of phase 3 (when appropriate) is for the small business to pursue commercialization objectives resulting from the Phase I/II R/R&D activities.

“There were 16 different companies showcased in this event and hundreds of people that attended it because it was virtual,” Teel said. “We had people from all over the nation that attended and out of the 16, I think we said that there was 14 that had follow ups. Two of them partnered and fielded a technology they created together with the Air Force. Remember, we’re in this with the other DoD components, so Air Force is a part of the Tech Grove.”

As the Team Orlando partners look to expand their reach and capture the interest of non-traditional companies, they are hosting monthly “Juice Bar” events to help increase communication with industry partners or potential partners and what they hope is recognized as a low-threat environment. They’ve already received valuable feedback like using too many acronyms which loses people in DoD lingo.

“We thought we were talking just clear, technical language,” said Teel, “so we got that feedback loud and clear.” They also received feedback that were providing such big chunks of technology that as a non-traditional innovator, there was no way to work on it.

UCF Research Foundation was selected as the PIA partner for many reasons, but one of those key reasons is their very robust and long history in serving entrepreneurs and early stage tech companies across the spectrum, explained Logue, who also is the director of incubation programs at UCF.

“The incubator has been in existence for about 20 years and has a lot of clients graduate many companies in very diverse industries, so we know how to talk to entrepreneurs. We are very connected at UCF Research Foundation, and thus, Tech Grove is very connected to a very impressive ecosystem of other organizations, nonprofits, accelerators, and incubators around the state around the country, that serve different sectors of entrepreneurs.”

The Tech Grove is targeting several ways to reach non-traditional companies, and has identified the following ways they are moving forward to expose what Tech Grove is and it’s place in the Team Orlando ecosystem.