The Future of Training

Home » The Future of Training 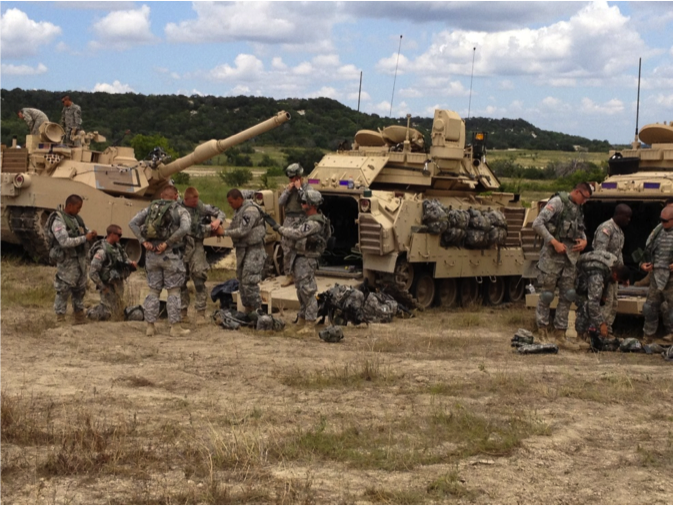 How Live, Virtual and Constructive Domains Work Together to Serve a Vital Role?

After a two year development and testing period, PEO STRI’s Live, Virtual, and Constructive Integrating Architecture (LVC-IA) system is up and running. LVC-IA is the Army’s program of record which achieves persistent interoperability among the live, virtual, and constructive domains, and stimulates Mission Command systems, thus enabling an Integrating Training Environment (ITE) for commanders and their staff to train. The LVC-IA is currently fielded at Ft Hood and Ft Bliss and several home stations are on the schedule to receive this critical training capability. 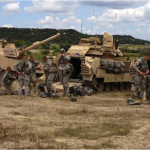 Soldiers at Fort Hood, Texas, prepare to participate in the “live” portion of the testing of the Live, Virtual and Constructive Integrating Architecture. The Soldiers are from the 2nd Brigade Combat Team, 1st Cavalry Division.

Army Lt. Col. Freddie King, Product Manager for Warrior Training Integration, PEO STRI, assumed command of the LVC-IA team in 2010, and manages the day to day aspects of the program. King brings to the program a strong portfolio of acquisition experience and has vastly expanded her knowledge in modeling and simulation since her first assignment to PEO STRI in 2005. “Soldiers and leaders can use LVC-IA to train for real world missions,” King stated. “They see the system as an enhancement to training for mission planning and mission rehearsal.”

When delivered to an Army base, the LVC-IA system footprint consists mainly of a mobile video wall, two computer racks, 10 dual-screen computer workstations and associated software. The LVC-IA system basically uses this hardware and software to pass data among classified and unclassified systems via a cross-domain solution which is critical in simulating Mission Command systems and providing commanders a Common Operating Picture.

LVC-IA is expected to be fielded at 18 different sites. Fort Hood was the first home station to use the system and Fort Bliss is scheduled to have the system ready for use by January 2013. Three additional sites will receive Version 1 (V1) by the end of fiscal year 2013. “Version 2 development is also underway,” King stated. “Lessons learned from every training exercise will be used to improve the V1 capability, enhance the users training experience, and meet the Commanders training objective.” As PEO STRI continues to evolve LVC-IA they will eventually develop and field four different versions.