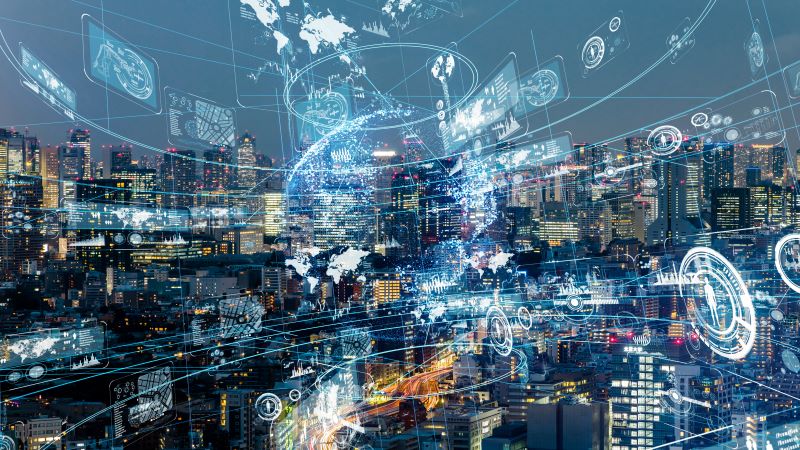 Warfighting from the standpoint of power projection, dominance, and the ability to operate from sanctuaries is no longer feasible for America, according to experts featured in “The New American Way of Training” panel at the Interservice/ Industry Training, Simulation, and Education Conference (I/ITSEC).

Drawing on representatives from industry, the defense policy community, the services, and government, a year-long study conducted by the Center for a New American Security (CNAS) describes how the U.S. should reconceptualize training – innovating and accelerating into the future – towards a New American Way of Training.

The impetus for the CNAS study was the rise in technological capabilities and asymmetric strategies held by key adversaries that largely invalidate current warfighting methods, causing the DOD to rethink how the military fights and trains.

“First, we have to identify the problems our training efforts are currently facing,” said Jennifer McArdle, adjunct senior fellow at CNAS and product strategist for Improbable.

McArdle identified six issues that must be addressed in a new American way of training. This includes training for degradation dominance, a lack of sanctuaries, contested logistics, protraction, lack of domain dominance, and training for the use of all instruments of national power.

“At work and in our personal lives, we all experience dislocation that happens when computer networks or other critical systems don’t work as expected,” said McArdle. “In future crises with China or Russia, this degradation and disruption will be the norm, rather than the exception.”

“We need regular training events that realistically simulate cyber, space, and electromagnetic disruption,” she said. “And exercises must simulate taxes on command, control, and communications to force units to adopt mission command.”

Reliance on subordinate units to make decisions, and understand and creatively implement, commander intent is key when those units are not able to communicate with higher headquarters.

According to Kimberly Jackson, Deputy Assistant Secretary of Defense for Force Readiness, the Joint Operational Training Infrastructure (JOTI) places an emphasis on the recruitment, training, development, and retention of leaders.

“These leaders must be diverse in perspective and background, but commonly trained in how to think critically, rather than in what to think,” Jackson said. “We must evaluate the potential of leaders beyond past performance and operational successes to account for the myriad of factors that contribute to successful leadership and strategic readiness.”

“To be successful, the training environment must include full command and control, and degradation of dominance,” Holmes said. “It must allow the practice of individual skills as well as teams. There must be rehearsal with AI tools and it must include relevant threats. While adversaries work to degrade networks and services in the American domain, their capabilities are now part of a decisive action training environment,” Holmes said.

“The emergence of great power competition provided the opportunity to take the best weapons systems and capabilities of adversaries and apply them to the training environment,” Funk said. “We have to build an environment with scenarios, simulations, and simulators that allow units to interact together on warfighting systems. And, while modernizing the Army, each warfighting generation must be convinced of the reason we train,” said Funk.

“We train to build confidence,” said Holmes, “confidence in our doctrine, in our technologies, in our equipment, in our leaders, and in ourselves.”

“Resources are finite,” said Jackson. “We can’t train for every eventuality, and we don’t define readiness as all forces being able to accomplish all things at all points in time,” she said.

“Our goal should be to sustain military operations in spite of a degraded or denied environment,” said McArdle. “This requires a paradigm shift from information dominance to degradation dominance.”

The adversary’s ability to degrade services indicates their ability to observe military training, as well. Training for a lack of sanctuaries means harnessing the synthetic training environment.

Holmes indicated that most of the time during physical training we are being observed. “China works very hard to sit in the stands [to observe our training] every day, including obtaining commercial assets. Training must be secure from overhead threats, surface collection, and cyber collection in the LVC environment,” he said.

“Synthetic environments can be particularly powerful,” said McArdle, allowing us to train for coordinated deception activities that require electronic, cyber, or even social media ranges.”

The lack of sanctuary has a bright side according to the TRADOC commander. “While we have to train securely on some things, we can use the transparency to purposefully show our capabilities,” said Funk.

Projecting our power and capabilities has a deterrent effect he said.

“In the event of conflict, China and Russia will target our forward operating bases and our homeland with precision using long-range missiles or cyber-attacks,” said McArdle.” “Training events need to simulate these heavy air missile and ground attacks and allow units to practice resilience measures and maintain operations under realistic conditions.”

She added that realistic training conditions will also have to include contested logistics.

CNAS predicts adversaries will target and sabotage key logistic nodes and impose virtual attrition on military force to ensure the disruption of mission completion. The adversary may delay material and personnel from getting to theater, cause the diversion of material to other missions, or suppress the force with the threat of attack.

“The DOD has updated aspects of wargames, exercises, and mobile training to prepare for contested environments,” said McArdle, “but more emphasis should be placed on contested logistics including critical civilian and commercial support capabilities.”

Another aspect of the new American way of training is training for protraction.

DOD is preparing for grinding multi-theater conflict over months or even years which inspires a mindset of resilience, endurance, and adaptability.

“As we try to imagine conflicts with Russia or China, we have to emphasize bigger numbers,” said Adm. John Richardson, former U.S. Navy CNO. “This will not be a squadron of counterterrorism members. A full team in a full game, for a long-protracted conflict is how we have to train.”

Richardson said the synthetic training environment will allow us to do this easily, and virtual training increases the sets and repetitions of training possible.

“You start to see things that manifest themselves as fatigue, and tensions set in, personalities clash, and uncertainties are experienced,” Richardson said.

“History demonstrates the importance of learning and adaptability during war which can be instilled by a culture of learning and decentralized training within the joint force,” said McArdle. “The outcome of a great power war may also be determined by those who can ramp up the production of munitions, who can quickly replace lost platforms, and who possesses a more adaptive and resilient industrial base. This is also going to require new and creative ideas – something we can instill in our leaders through training and experiential war games.”

Our adversaries have already inflicted domain dominance issues for the U.S. military, according to CNAS.

“We are in a race, and we are behind,” said Richardson. “We’ve enjoyed superiority in sensing for a long time, but that’s all going away as it becomes ubiquitous.”

“In a conflict with China or Russia,” said McArdle, “success will hinge on our ability to quickly identify, target, and attack our adversary’s centers of gravity. Unlike the gulf war, this cannot wait for us to achieve domain superiority or dominance. The need for speed requires new concepts that exploit Chinese and Russian weaknesses prior to battle and many of these concepts will likely leverage autonomy and artificial intelligence in the form of human machine teams.”

“AI will be trained by data, so we need a data strategy that will serve those algorithms,” said Richardson.

The concern is that AI can be mis-trained with bad data.

Rather than comparing AI directly to human actions, “we want to think of AI-human teaming that will mitigate human vulnerabilities and enhance human capabilities,” he said.

“This is an area again where synthetic environments may be particularly powerful,” said McArdle. “They provide a place for us to simultaneously train autonomous systems and AI and develop warfighter trust in these systems. And we of course need to develop leaders that possess the ability to quickly identify and exploit possibilities to strike adversarial centers of gravity as the conflict unfolds.”

According to McArdle, wargaming can also support our ability to train across all instruments of national power.

“China and Russia are going to use a variety of methods to influence regional states to advance their own geo strategic ends, whether using informational, political, psychological or economic coercion.,” McArdle said. “So rather than unilateral military responses these challenges demand better use of all instruments of U.S. national powers in tandem with partners and allies.”

“We are learning from each other,” said Holmes. “We’ve integrated our various capabilities that are driving us to a multi-domain operations forefront.”

“How technology is employed here generates greater interoperability with our partners and allies,” said Jackson. “This changing climate affects how, and for what, our forces train, and more broadly, how we prepare our leaders to think and operate flexibly to respond to what is asked of them in the future.”

The bottom line, said McArdle, is that “we need to increase the frequency of interagency and intergovernmental experiential learning to allow these groups to build deeper connections and develop more creative approaches about how these various instruments of power can work together.”

“With all six of these issues, we must grapple with fundamental questions tied to individual and collective training outcomes and techniques,” explained McArdle. “Advances in the science of learning, big data, and psychology among many other disciplines have allowed us to be more detailed, rigorous and objective in how we assess learning outcomes and how we can better target training and education to meet individual needs and better assess collective training efficacy. These advances allow us to rethink and reassess training content, architectures, pedagogy, and content delivery. And as we capture far more objective data through various devices, ranges, and synthetic environments, we are able to rethink and reassess readiness in a far more objective way – measuring outputs rather than inputs.”

McArdle concluded that “the way we think about training will not change overnight, but the conversations we are having here today, the really amazing innovative potential on the IITSEC show floor, and the great work our services are doing in OSD are steps in the right direction.”

Adm. Richardson emphasized the urgency in developing the new American way of training. “The race is on, and there isn’t a moment to lose.”