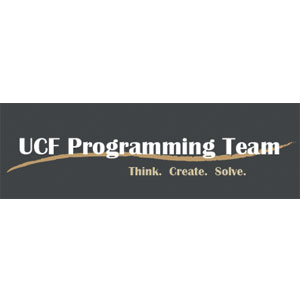 This upcoming summer, June 22-26, the University of Central Florida Computer Programming Team will travel across the world to compete in the ACM International Collegiate Programming Contest (ICPC) World Finals, organized by the Association for Computer Machinery (ACM), the largest computing organization.

This upcoming summer, June 22-26, the University of Central Florida Computer Programming Team will travel across the world to compete in the ACM International Collegiate Programming Contest World Finals, organized by the Association for Computer Machinery, the largest computing organization.

No stranger to this competition, UCF is in its 32nd year of participation in the contest, which only began in 1977, six years prior to UCF’s first year of participation. The team will compete for the world title in Ekaterinburg, the fourth largest city in Russia, at host site, Ural Federal University. One hundred and twenty world finalist teams will battle for awards, prizes and the right to call themselves, the World Champs.

To advance to the world finals, teams compete in a two-tiered process, and must advance through their regional competition, either by winning the region, or if the region is exceptionally large, placing second or third. UCF is in the southeast region, which also includes Florida, Georgia, South Carolina, Alabama and Mississippi.

“We have always finished in the top three in the Southeast Regional contest,” said Dr. Ali Orooji, team faculty advisor and UCF Associate Professor, Electrical Engineering and Computer Science. “Our record is matched by no other school in our region.”

The UCF Programming Team will compete for the world title in Ekaterinburg, the fourth largest city in Russia, at host site, Ural Federal University.

UCF has placed first on sixteen occasions, second, a total of nine times, and third place, seven times. Those are the kinds of statistics that bring a smile to the face of any coach.

This past year, the ICPC reported that 29,479 contestants from 2,322 universities in 91 countries competed in regional competitions at more than 300 sites worldwide.

When Orooji first began working with the Programming Team as their advisor 25 years ago, the team was much smaller than it is today, having only 9 members. As a winning program can do, it soon built itself to be recognized nationally by its peers and the student population at UCF, which produced more than 100 students at last fall’s tryout.

Decades of success have brought enough notoriety that current Programming Team members earn a $15,000 scholarship as a member of the team, in addition to any other scholarships they may also earn, like Bright Futures. These scholarships help free up students’ time for studying, and allow them to practice their programming more consistently, without the pressure of keeping a job to earn money.

Each competing team is comprised of three students, and UCF usually sends multiple teams to the regional contest. Each team gets a set of problems, between eight and 12, and is given only five hours to solve as many problems as they can, with each team having one computer.

“The teams are built to complement each other and that’s an important role of the coaches, as we get to know the students and each of their strengths,” said Glenn Martin, a Research Assistant at the UCF Institute for Simulation and Training, and also one of the team’s coaches. “In the competition the teams solve realistic problems, dealing in areas like simulation and geometry, and each team member works on individual problems until time is running out. Then they work together to solve a problem.”

Orooji noted the enormous amount of work accomplished at one of these competitions. “These team members accomplish in a five-hour competition, what many students complete as a term project,” he said.

One of the focuses for this year’s coaches was to recruit more women students to participate, and this past fall they were successful, welcoming seven women to the team. They also recruited for a ‘junior varsity’ team, which they specifically targeting freshman to develop and mature into a ‘varsity’ team for next year.

To many outside of the programming bubble, this might be the first time to hear about UCF’s impressive accomplishments in this field, but for many years, UCF has welcomed some pretty well-known visitors to campus.

“Every semester, Google, FaceBook and Microsoft come to meet with the student body at large, but they also want to meet with the programming students separately,” said Orooji. “Companies know about our team members, and their talents, and many of our students end up working at these companies after graduation.”

One of the ways that Orooji and the UCF programming team are also making their mark is the high school programming competition they host each year for high school students from all across Florida. The top three earn scholarships and the contest is an opportunity to show their talents in front of one of the most winning and consistent teams in the region.

“That’s how we get most of our team members,” said Orooji. “More than ninety percent of our team members participated in our high school competition, teams as far as away as Miami or Tallahassee. They come and see UCF and what the university can offer, and then they choose UCF.”

In last year’s competition, more than 8,000 teams from 90 countries competed in 39 regional contests, with 120 teams advancing to the World Finals contest. “We have finished as high as second, fourth and fifth in World Contest Finals,” said Orooji.
“To help put that in perspective, finishing fifth in the contest finals means we are fifth out of 8,000+ world class teams, which means UCF finished is in top one percent!”

Every semester, Orooji begins his recruiting push for the Programming Team by visiting the Computer Science I classes. Additionally the team has a website and a FaceBook page that helps them to not only get the word out to potential members, but also to keep up with past team members. They’ve also found both to be a great way to keep parents of members up-to-date on the team’s news.

“Our students have always finished in the top three in the region and no other university has done that,” said Orooji. “Quite simply, it is the oldest, largest and most prestigious programming contest in the world.”