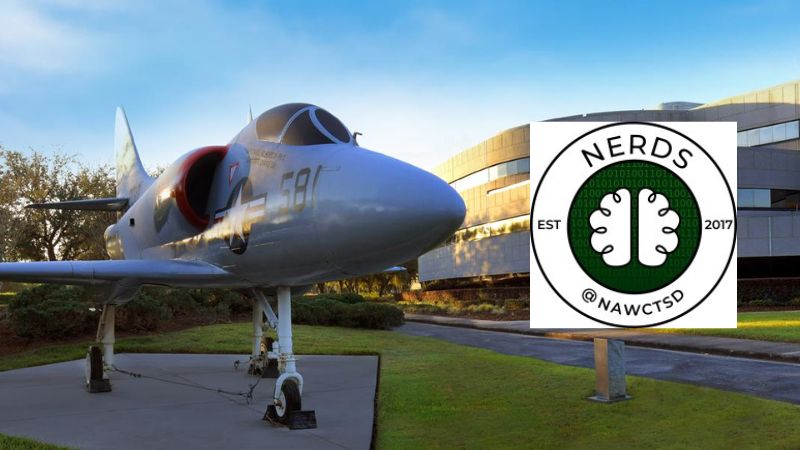 The HhART is a diagnostic tool that uses aircraft and sensor data, maintenance information, and data analytics to build a health and performance dashboard display of an aircraft’s environmental control system. HhART improves the Navy’s predictive capabilities for troubleshooting with quicker identification of systems’ degradation in an aircraft, and it helps prevent component failure in complex systems. The data it provides also supports operators and maintainers in improving aircraft readiness, maintenance postures, and supply chain management decisions.

“The NERDS are the core data science team supporting the HhART product and have been at the center of the technology’s innovation since its first inception, tackling physiological episodes (PEs),” said Navy Capt. Dan Covelli, commander of NAWCTSD and Naval Support Activity Orlando. “HhART’s subsequent expansion to other aircraft systems and its ongoing successes exemplify the future of naval aviation sustainability and what small, agile teams can accomplish in the face of significant challenges.”

NERDS team members received individual letters of appreciation from Lescher during the virtual meeting for their contributions as part of the overall HhART team, led by PMA-265. This recognition follows Lescher’s in-person visit to NAWCTSD in 2021, when he presented the NERDS team with coins in appreciation for their work.

HhART originally resulted from the Navy’s investigation into PEs, which occur when pilots or aircrew members experience impaired performance due to various factors during flight, such as depressurization or insufficient oxygen. Symptoms can include dizziness or cognitive degradation when trying to perform cockpit duties.

“Two of the primary objectives of HhART are to provide a more accurate understanding of the current health of the fleet and to reduce unscheduled maintenance to the best extent possible,” said Matthew Adams, a computer scientist at NAWCTSD. “Providing a more accurate picture of fleet health allows for a better understanding of the drivers of readiness issues and detecting premature component failure in advance, which enables the fleet to plan maintenance actions around operational schedules.”

Since HhART’s initial beta-testing in February 2019, the Navy has deployed it fleet-wide for the F/A-18E/F Super Hornet and the EA-18G Growler. In its first year in the F/A-18 fleet, PEs decreased approximately 75%. Pressurization-related PEs, historically associated with component failure, were reduced by 80%.