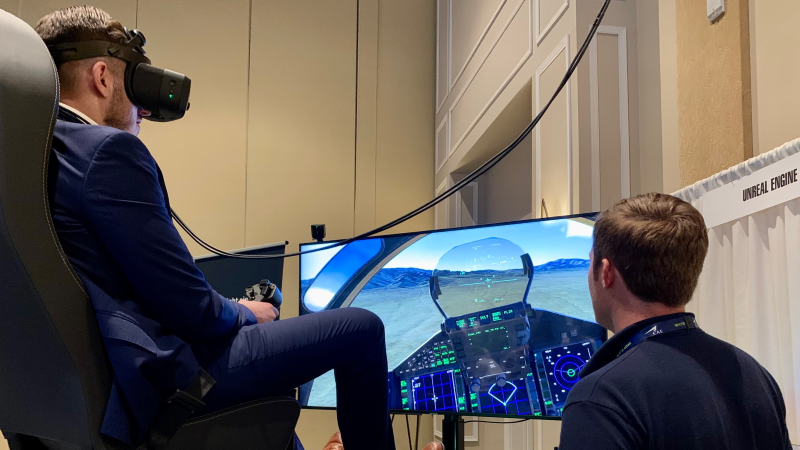 The Halldale Group hosted the World Aviation Training Summit (WATS) at the Rosen Shingle Creek Hotel in Orlando, Florida, from May 3 to May 5, 2022.

“The purpose of this summit is to improve safety through training,” said Andy Smith, Halldale’s president. “The airlines went down this route is because they calculated a doubling of the world fleet over the next 20 years, extrapolated the accident rate at the time, and realized they had to do something different. Aside from all the things they did in the aircraft, there was also training the people – pilots, cabin crew and maintainers.”

WATS also provides a venue to various professionals associated with airline industry to network and share insights into the challenges, hopes for recovery, and a return to growth as airlines rebound from the effects of the COVID-19 pandemic.

“We’re in a completely different experience than the airlines have had before – we’re basically restarting the industry and we’re facing different challenges,” Smith said. “The previous training systems were meant to sustain ongoing operations, but that’s very different from restarting, retraining and requalifying pilots and everybody else. We’ve lost a lot of experienced people and we need this new technology, the virtual reality, and other training platforms.”

Several different companies showcased their latest contributions to that new training paradigm. Among them was Epic Games, which is best known in the “gamer” community for Fortnite and Gears of War, among other popular video game franchises. At WATS 2022, Epic Games featured Project: Antoinette.

“Project: Antoinette is not a product, but a demonstration to illustrate how the integration of various components can allow the simulation community to build a high-quality, DIY flight simulation,” said Sebastien Loze, Unreal Engine Business director of simulation. “It can be generalized into other types of vehicle simulations and to integrate products for various training applications.”

“Unreal Engine is an open, user-centric, game engine,” said Loze. “With a DNA built on creating immersive, interactive, and stimulating virtual worlds, Unreal Engine is a great way to kick-start simulator developments and save time. It is not only providing the most efficient window to synthetic environments, but also allows simulation providers to define true-to-life dynamics, interoperable communications, and state-of-the-art artificial intelligence behaviors.”

Unreal Engine source code is free and publicly available. Loze added, “We take input from the civil aviation industry and the military aviation and ground training domains to improve Unreal Engine, which we see as one of the core components that can help the creators of flight simulators to develop their applications faster.”

Cole Engineering Services, Inc. (CESI) showcased Commercial Aviation Augmented Reality Training Toolkits, a framework which allows VR, AR, desktop and browser-based applications to all work together to create a seamless virtual environment. These virtual spaces allow thousands of students to practice maintenance tasks, cockpit familiarization and several other types of training that requires repetition without taking up more of an instructor’s time than necessary – especially helpful when the instructor and students are in different locations.

“It’s a framework that runs on a mixed-reality network architecture, so we use it for all sorts of applications because it allows for distributed communication from anywhere in the world,” said Dolores Lowe, a CESI senior system architect. “An issue the aviation industry has involves very big engines that are extremely expensive and difficult to get, which are put into the hands of brand-new students. But, in this virtual environment, students can practice repeatedly so when they get to the actual, physical thing, there is much less financial and safety risk.”

“We can program events like in-flight engine failures that might be harder to train for in real life and mitigate safety concerns that would normally be present,” said Noah Goyette, a software design engineer for CESI.

CAE, known for its flight simulators, highlighted its services and solutions that focus on pilot training and performance: the CAE Rise training system, the Pelesys training management and deployment system, and a suite of flight operations solutions.

“The CAE Rise is a system that helps an instructor assess a pilot’s real-time performance because there are things that can’t be seen by the naked eye,” said Nathalie Siphengphet, CAE’s head of marketing and strategy. “It connects flight simulation data to a cloud-based training system that tells instructors where pilots need to improve, and it allows us to look into data and leverage AI to get a better understanding of what that data is telling us.”

Halldale will host the next WATS from April 18 to April 20, 2023, when it returns to the Rosen Creek Shingle in Orlando.

“We’re thrilled with the level of engagement we’ve seen at this summit and large teams coming in from the major carriers,” Smith said. “We still have a lot of people coming back to the [WATS] show, so the future of this event is looking very strong.”