What the $20M appropriation means to the Team Orlando community

Home » What the $20M appropriation means to the Team Orlando community 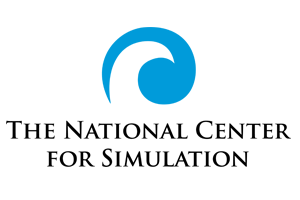 In a tough budget year, NCS and its Metro Orlando Defense Task Force (MODTF) partners were able to garner an additional $20 million from the State Legislature to mitigate the threat of Base Realignment and Closure (BRAC) on Naval Support Activity Orlando/Team Orlando.

Why? Because President Obama had asked Congress for two rounds of BRAC and Team Orlando is vulnerable to BRAC because of over-reliance on commercially-leased office space (200,000 square feet) due to overcrowding at NSA Orlando. The Governor’s own Florida Defense Support Task Force (FDSTF), charged with protecting all military installations across the State, rated NSA Orlando/Team Orlando their number one priority because analysis indicated its reliance on leased space made it the most BRAC vulnerable military installation in all of Florida.

A QUICK LOOK AT UNDERSTANDING THE EFFORT

• $28 million will permit the community to begin acquisition of additional Partnership office space in the Research Park and start the relocation of Team Orlando employees out of high cost commercial space.
• Efforts are well-advanced to purchase the first existing office building this year.
• The MODTF strategy beyond this first acquisition will depend on the likelihood and level of a third legislative appropriation in 2016.
• Team Orlando will work closely with UCF to plan the relocation of personnel — first wave in 2016.
• Two successive years of legislative appropriations are graphic examples of how important it is to regional and state leaders to protect, grow and enhance NSA Orlando and continue to provide world class support to our warfighters.

The group’s number one priority is to eliminate the threat of BRAC by acquiring 200,000 – 300,000 square feet of additional Partnership office space in the Research Park. To do so requires up to $60 million in Legislative support over three years, so recruiting Legislative champions and building a case for financial help from Tallahassee was the MODTF’s first task.

House Speaker Steve Crisafulli stepped up as the community’s champion in the Legislature and with the support of Senate President Andy Gardiner and the Central Florida Legislative Delegation, the MODTF has been able to win two successive appropriations ($8 million in 2014 and $20 million in 2015) to begin acquisition of the additional Partnership office space.

This year’s budget cycle saw a number of regional priorities go unfunded but Speaker Crisafulli stood firm on this second installment in a long-term commitment to Florida’s preeminence in the high tech Modeling, Simulation & Training Industry.

NSA Activity Orlando is the epicenter of the world’s MS&T Industry and is the anchor tenant of the Central Florida Research Park, where representatives of the U.S. Navy, Army, Air Force and Marines work side-by-side with UCF faculty and student researchers to assess and develop the latest training technologies to prepare our military men and women for combat … and for a wide variety of other essential, noncombat functions.

Baptiste is the president and CEO for the National Center for Simulation. He recently wrote this piece in response to editorials throughout the state’s media outlets in support of the appropriations. Those editorials can be accessed on the NCS website.