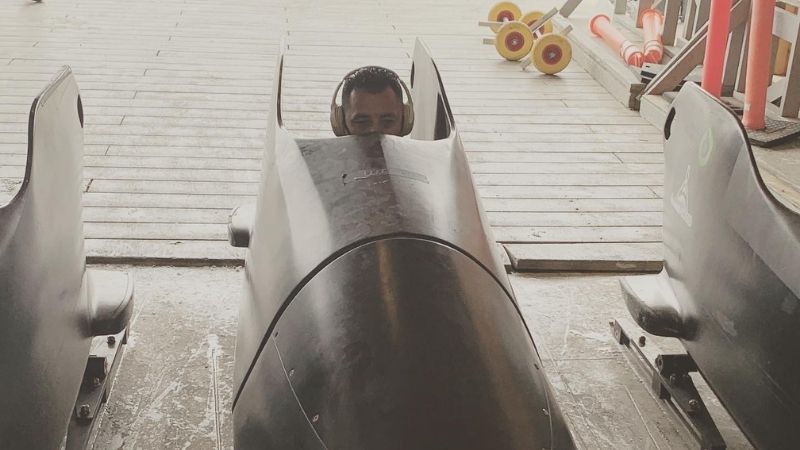 Gen. George Patton once said, “Success is how high you bounce when you hit bottom.”

Will Castillo, an Orlando resident and 10-year Army veteran, knows firsthand what the bottom looks like and what it takes to achieve that successful bounce.

He was born in Colombia, South America, and raised there during his first five years by his grandparents, until his mother, who had legally immigrated to the United States, could get the official paperwork for him to join her.

While being raised in Queens, N.Y., Castillo was enjoying life, having married and being the proud father of two daughters by the age of 19. He was also working toward attaining a college degree.

Life was good. Then, like many thousands of Americans, his world took a drastic change when the country was attacked on Sept. 11, 2001.

Feeling an enormous sense of pride, gratitude and responsibility to the United States, he enlisted in the U.S. Army to join fellow Americans to right the wrong inflicted on the country.

Castillo went beyond just enlisting. He became a member of the “eyes and ears” of the Army as a Cavalry Scout, where he would twice be deployed to Iraq to take the fight to the enemy.

It was April 27, 2007, just six months into his second deployment, that Castillo, who had risen to the rank of staff sergeant, came face-to-face with the event that would send his psyche to rock bottom.

While a member of a quick reaction force with the 5-7 Cavalry Squadron, 1st Brigade Combat Team, 3rd Infantry Division in Fallujah, Iraq, he and his team had just cleared the area for the safe medical evacuation of some wounded U.S. Marines.

Suddenly, on the way back to base with his driver, Pfc. David Kirkpatrick, and his gunner, Spc. Eddie Tamez, their Humvee was violently hit by an improvised explosive device that took Castillo’s left leg, caused a traumatic brain injury, and killed his two battle buddies.

The struggle to get that bounce at the bottom began.

During two years at the Walter Reed Army Medical Center in Washington, D.C., Castillo suffered through the pain, haunting memories, medications, and learning to walk and speak again.

Castillo could feel that bounce taking place, and he felt an adjusted sense of normalcy was finally returning to his life.

“Once I recovered, I went straight to work at Homeland Security working in U.S. Citizenship and Immigration,” Castillo said. “I thought I had it all figured out.”

He said it didn’t last long. His mental health took a downward spiral, leading him to quit work and turning to substance abuse, suicidal thoughts and depression.

He felt he was back at the bottom again.

On his website, www.willcastillousa.com, Castillo says “With God and my family by my side, I was able to overcome and open a new chapter in my life.”

That new, highly successful chapter began after a chance introduction by a veteran friend to Ms. Kim Seevers, Director for Professional Ski Instructors of America and the Chairperson for the U.S.A. Bobsled and Skeleton Para Sliding Sports Committee.

Seevers was conducting veteran camps for para-bobsledding and para-skeleton sledding at Lake Placid, New York and invited Castillo to attend.

While it was technically downhill on the para-bobsleds, it began an uphill ride for Castillo to bounce to big successes and put him well on his way to writing chapter after chapter in his new life.

Castillo, showing his humble side, said of learning the sport – “I started going to the camps and got pretty good!”

That “pretty good” has led to his making Team USA, winning two National Championships, a Gold Medal in the 2020 Empire Games and 2021 Pan American Games, two third place finishes at the World Cups in Germany and Lake Placid, as well as currently being ranked #1 in the U.S. for seated para-bobsleigh and #7 in the world.

Looking back, Castillo said his toughest battle over the years was not the loss of his leg, but the strain it put on his mental health.

With that, he offers advice for his brothers and sisters in arms who are faced with the same demons.

“I tried to survive my Post Traumatic Stress Disorder, or PTSD, with medication and isolation. There is no living when you’re just trying to survive,” he explained.

“In order to really move ahead, we must reach goals, faithfully attend therapy sessions and stop isolating ourselves. You have to step outside of your comfort zone.”

He also said he has a great deal of respect for those in the modeling and simulation industry and saw the positive impact it has on Soldier training firsthand.

“I believe the modeling and simulation industry plays a major role in being prepared for the mission,” he said. “When it comes down to real-world combat, that’s where muscle and mental memory are critical. The more real-life training they can give our military, the more prepared they will be for combat and the better they will fight.”

He added that his has been “flipped upside down” in the HUMMWV Egress Assistance Trainer (HEAT) and trained with the Multiple Integrated Laser Engagement System.

“When I actually got flipped in Iraq, I knew what to do. We practiced it a thousand times!”

Today, Will Castillo is enjoying the big bounce of success that he credits to his wife, who found him “a divorced, broken man trying not to fall apart.” He said her love healed him and made him strong.

While Castillo continues on this great journey of recovery, his team is reaching out for corporate or individual financial sponsorships to help Team Castillo compete in upcoming races representing the U.S. in Para Bobsled World Cup competition in Norway, Austria, France and Switzerland.